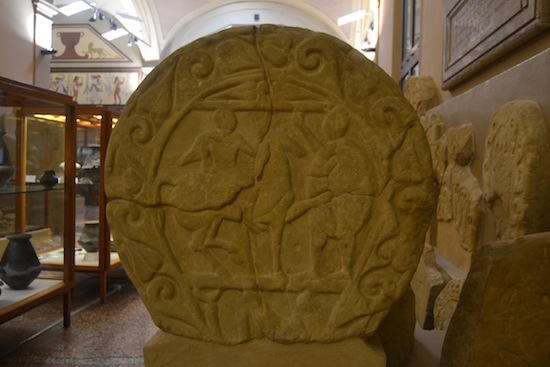 We know from Greek and Roman authors that the Etruscans called Bologna “Felsina”, and it was their main city in the region. The story begins with the Villanovan Culture, the earliest Iron Age culture in central and northern Italy, starting around the 9th century BC. This was the direct ancestor to the Etruscan civilization and most archaeologists see it as an early form of that civilization.

In the 19th century, archaeologists from Bologna were lucky to find several Villanovan/Etruscan cemeteries that hadn’t been looted. Bodies were cremated and put into urns, then placed in pits lined with pebbles or stone slabs. The more elaborate ones were topped with carved stone stelae. Inhumation didn’t become common until the late 7th century BC, when wooden coffins began to appear. 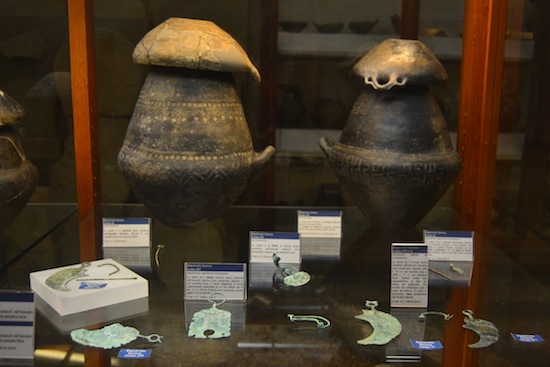 These biconical urns contained the ashes of the dead,
and were capped by a bowl. The bronze half-moon
artifacts are razors, with the cutting edge on the outside

By 650 BC, the Etruscans were the main culture in Italy and were trading with the Greek colonies in southern Italy and as far away as Egypt and Carthage. The Etruscan galleries in the museum have many fine Attic wares found in Etruscan tombs. The Etruscans ruled much of the peninsula, including the city of Rome until 510 BC, and heavily influenced the later Roman civilization by introducing Hellenic elements such as the Olympian gods, architectural features, and crops such as grapes and olives. 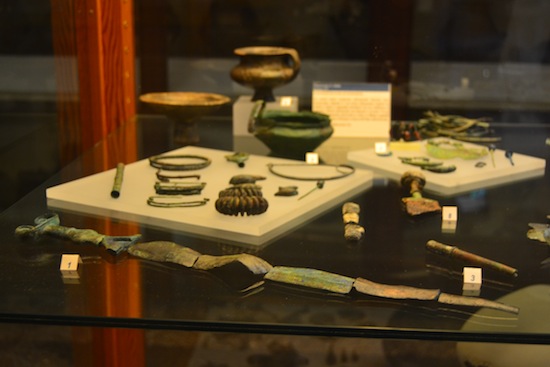 An Etruscan sword of the Villanovan period.
These were rare and appear to have been as
much symbols of rank as weapons of war

Rome began to grow in power and in a series of wars displaced and eventually took over the Etruscan civilization. Rome had turned the tables on Etruria by the fourth century BC and were on the ascendant. They captured Felsina in 196 BC, but by that time it wasn’t an Etruscan city anymore. It had already fallen to the Gauls of the Boii tribe in the mid-4th century, who changed the city’s name to Bononia. The Romans didn’t absorb the last of the Etruscan cities until the first century BC, making the Etruscans one of the longer-lived civilizations of Europe. 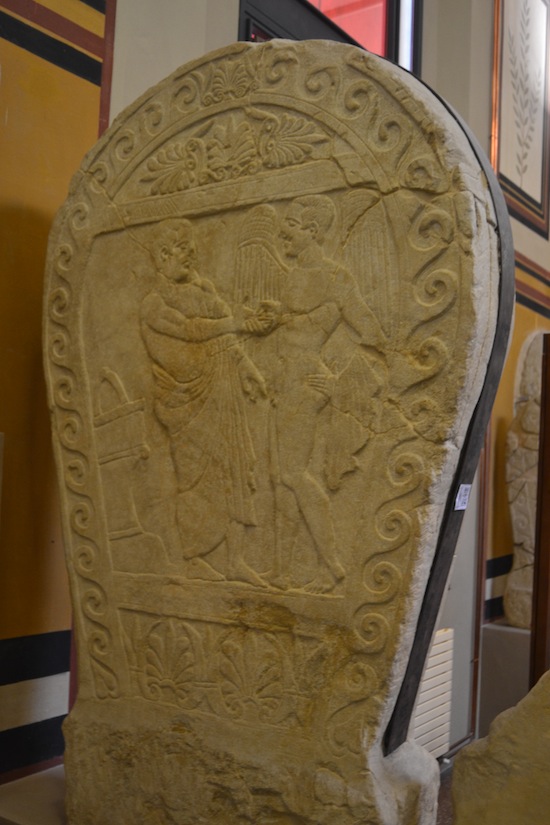 An Etruscan funeral stela. I can’t help
but notice the position of the robed man’s hand

The Etruscan civilization remains poorly understood. Their script, the earliest inscriptions of which date to c.700 BC, has still not been fully translated. This is in no small part due to the fact that their inscriptions are usually only of a few words. Most of the written material on the Etruscans comes from their later enemies the Romans. Thus the thousands of Villanovan and Etruscan artifacts in the museum in Bologna make one of the best resources to study these mysterious cultures. The Etruscan Museum in Rome beats it, but I haven’t had a chance to visit it yet.

The Museo Civico Archeologico also has good prehistoric, Classical, and Egyptian collections and is well worth a visit. 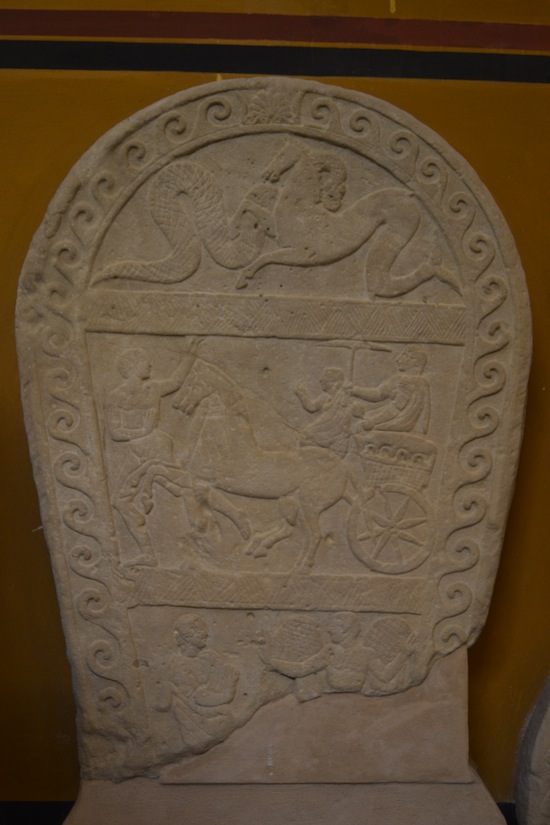 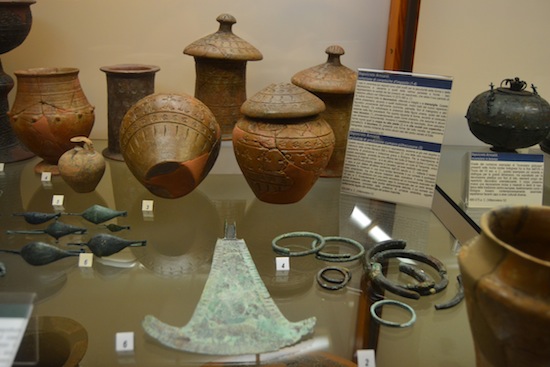 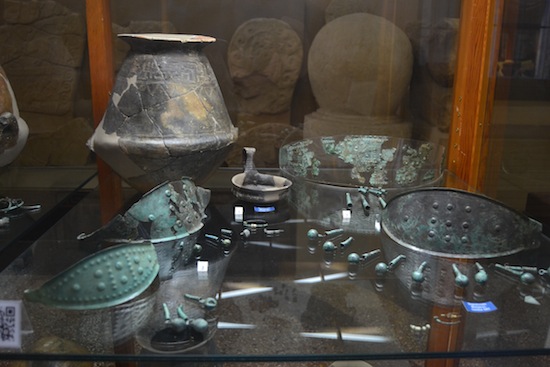 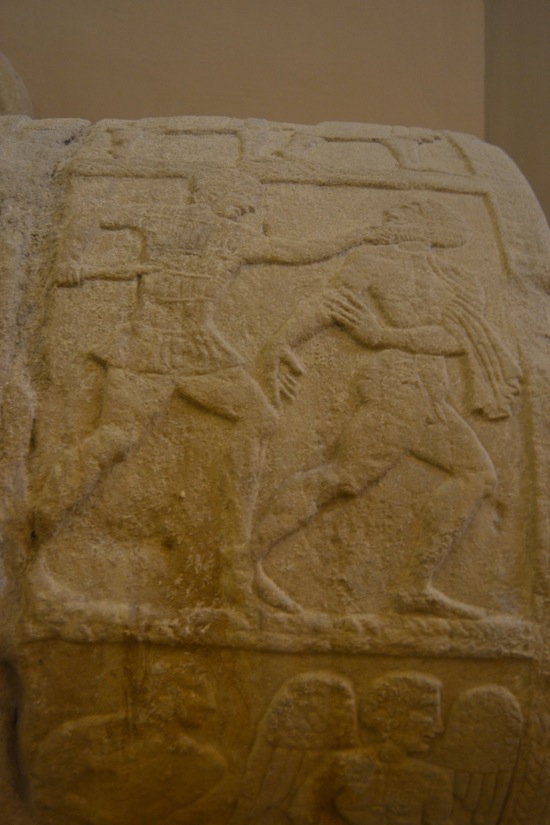 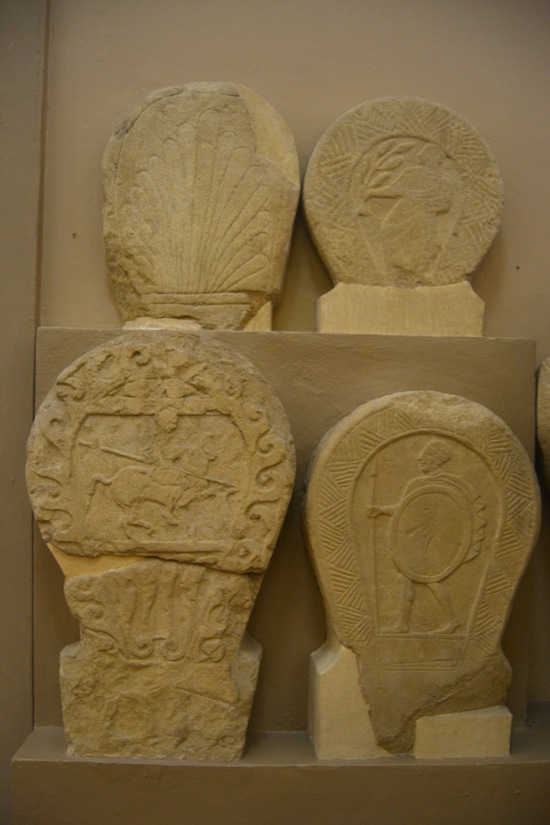