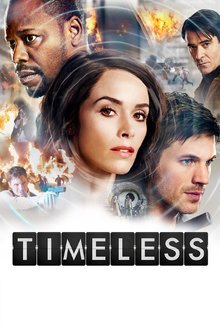 It’s not often that we in the Fantasy and SF community get two time-travel related productions – the movie Arrival, and the TV series Timeless – at once. Even better, we’re being served two different theories of time, and time travel. (There might be some spoilers for those of you who haven’t seen either film or TV show, so watch out.)

I’ve talked about time as a literary device before, and I’ve looked at time travel specifically as well. In the earlier piece I mentioned the 17th-century English philosopher John Locke, and his Essay Concerning Human Understanding (1690), in which he suggests that humans don’t experience time (or any other abstraction) directly. What we experience is actually a sequence of events, which he calls “duration.” One thing follows another, in one direction, which give us the idea that time is linear.

Aside, Fun Experiment: ask someone to point at yesterday. As a general rule, they’ll do one of two things. They’ll point behind them, or they’ll point to the left (or maybe to the right, if their culture reads that way) 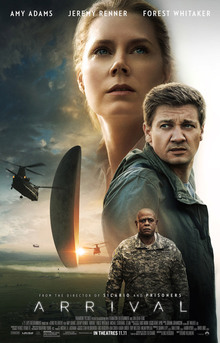 But I digress. Suffice to say that linear time is what we’re dealing with in Timeless. There’s a series of events reaching backward (if you will) into the past, that can be visited by machine. If events in the past don’t happen exactly as they did originally (where that word means anything) the present can be changed. Because time is linear, and cause comes before effect, and effect follows cause.

That’s what the bad guy is trying to do, change the present. The good guys are trying to maintain the status quo.

Of course both sets of time travellers do change things, even if only slightly, which results in some not so slight changes to the present (where that word means anything). It’s only the travellers who can remember what the original (I don’t have to say it again, do I?) timeline was.

For the sake of the plot (one assumes) the time travellers can’t “go back” to fix what they’ve changed because they can’t occupy a period of time where they already were, as it were. That’s not always true in other examples of time travel, but except for this, what we see in Timeless is pretty much commonplace to the Fantasy/SF community.

As others have observed, in order to talk about time travelling sensibly, we need to invent new verbs, or new tenses, or maybe even a new language altogether.

Which is what happens in Arrival. Here the lead character, a linguist, is hired to learn and translate the language of aliens who have landed on Earth. So, at least at first, we see this as a first contact story. It’s only when Louise does learn their language that it’s revealed (here comes the spoiler) that what we’re really, or perhaps also, watching is a time travel story. But it’s not linear time we’re dealing with.

Of necessity, this story has to be presented to us in a linear, shot-by-shot, fashion; that, as Locke would say, is how our brains process the information. But we’re made aware that we don’t know, in fact, in what order the events we’ve been shown occurred. Does Louise take the actions she takes before, or after the events we’ve been shown? Does she act because she already knows what will happen, or because she’s “already done it?” There’s at least one scene in which Louise occupies two different times simultaneously.

Timeless is a nice show, and there’s fun to be had watching it, but Arrival is in a different category. My husband described it as “the SF version of Memento, or The Usual Suspects.” You’ll have to watch it more than once to satisfy yourself as to what’s really going on. As it were.