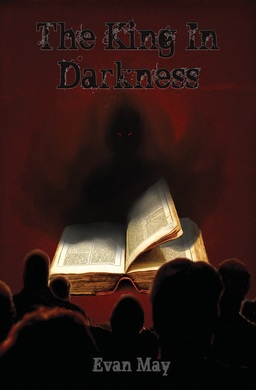 I haven’t had much luck with writing by Canadian authors set in Canadian cities, regardless of genre — which isn’t to say that those sorts of novels aren’t generally good. I’ve just had bad luck, I think, which started with the Canadian literature I was forced to read in university, and led me until recently to avoid speculative fiction set in, say, Toronto or Vancouver.

Clearly I’ve been missing out, though; a while back I read the first of Linda Poitevin’s Grigori Legacy novels and loved it, and now I’ve hit gold with a second spec fic novel set in a Canadian city: The King in Darkness, the debut novel from Evan May, which takes place in our mutual home of Ottawa.

I’ve considered and abandoned the idea of writing a story set in Canada’s capital several times, always worried about the political essence of Ottawa creeping into the work. May manages to write a novel that uses the physical setting of Ottawa in interesting ways — including the grounds around Parliament and the University of Ottawa — while avoiding any of the baggage that our fair city might bring to the narrative. For an Ottawa resident, recognizing locations is like a video game’s Easter eggs; if you know nothing about Ottawa, you don’t lose anything, either, thanks to May’s clear descriptions. 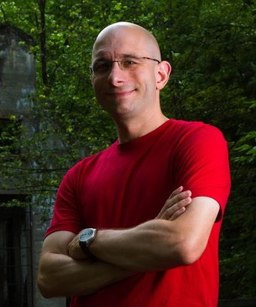 This is a character-focused novel, and those characters come to life in such a way that I asked May for our forthcoming interview if they were based on real people. Adam Godwinson, priest turned bookseller, is compelling as a protagonist because his motivations are pretty straightforward: protect the people he cares about and recognize the mistakes he’s made with them. His role as counsel to other characters supports several philosophical currents that run through the novel, specifically to do with identity, religion, and perception vs. reality (which is a favorite of mine — I like to remind my students that the desk in front of them might not be real, for all we know).

The other thing I should point out is that Darkness is very subtle fantasy. It takes a while for anything supernatural or fantastic to show itself, and even then there’s always this question of how much is tricks of the eye or people’s perceptions and beliefs affecting them. That made the novel even more compelling for me, but it does make this novel feel very literary for a while, which isn’t everyone’s cup of tea. But I’d still encourage you to check this novel out – it’s tightly-written, engaging prose that leaves just enough to interpretation without leaving you hanging.

You can find out more about Evan May’s work on his website – and follow his blog! Keep an eye on my biweekly posts for an interview with Evan May in the new year.

An Ottawa teacher by day, Brandon has been published work in On Spec, Third Flatiron Anthologies, and elsewhere. His latest short story, “Blaze-of-Glory Shoes,” is now available in The 2017 Young Explorer’s Adventure Guide. Learn more at brandoncrilly.wordpress.com or on Twitter: @B_Crilly

Snowfall | E. May Must Go

[…] In case you missed it, author Brandon Crilly posted a marvellous review of The King in Darkness over on the Black Gate fantasy site. Black Gate publishes a lot of awesome content relating to fantasy fiction, so you should probably check them out anyway, and if you would like to read Brandon’s review it is here. […]