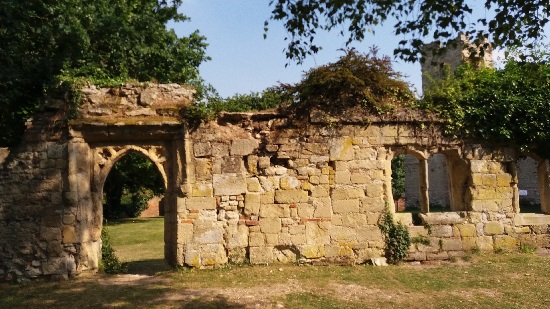 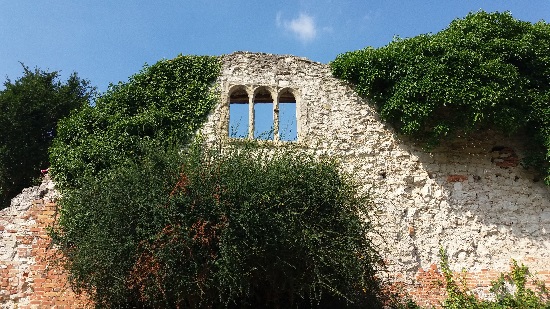 Another portion of Wallingford Castle

Wallingford is a short bus ride from Oxford, where I’m spending my summer doing research. As the name implies, Wallingford is at a ford, and there’s been a fort guarding it, and a town making money of both the fort and ford, since at least Anglo-Saxon times. The Normans built Wallingford Castle shortly after the conquest in their typical motte-and-bailey pattern, later replacing it with a stone castle. The high mound still dominates Castle Park, although only scant traces of the actual castle remain. That’s because the Royalists used it as a stronghold during the English Civil War and Oliver Cromwell ordered it destroyed. 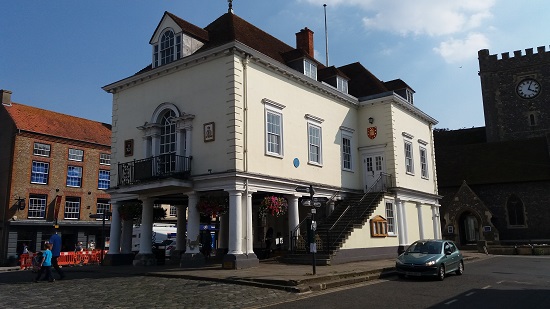 From the castle it’s just a quick stroll to the Thames Path, which mostly runs right along the bank of the river. Soon you’re out of town and walking through quiet countryside. A few riverboats ply the waters and if you keep a sharp eye out, you can see rabbits peeking out of hedges and the occasional fox slinking through the fields. 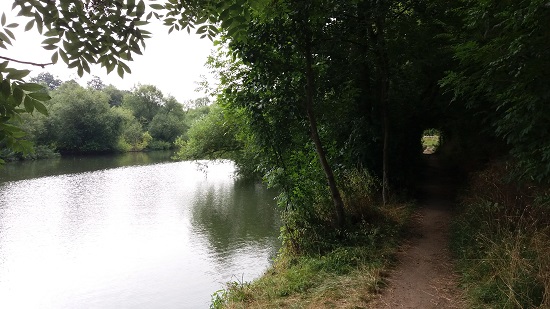 A typical view along the Thames Path

I’ve done several stretches of the Thames Path and what I appreciate about it is that it’s a convenient way to see some nature and, because it’s along the river, there’s a good cluster of historic sites. You’ll pass Anglo-Saxon earthworks, medieval churches, old ferry crossings, abandoned villages, and even WW2 bunkers.

The British government, fearing German invasion, ordered the construction of some 18,000 bunkers or “pillboxes” at various points across the nation. Many line the Thames in order to stave off an attack up the river. I passed four in just eight miles, including two that were within sight of one another. While pillboxes varied in size and shape, all the ones I saw were octagonal and made of concrete. 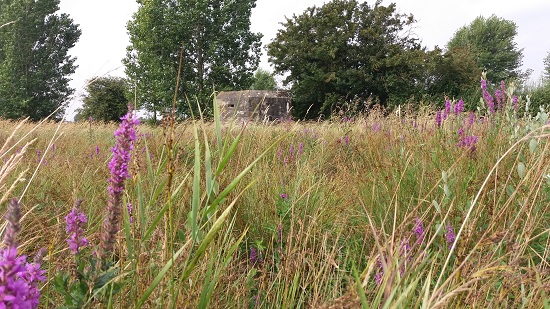 One of the many WW2 bunkers along the Thames 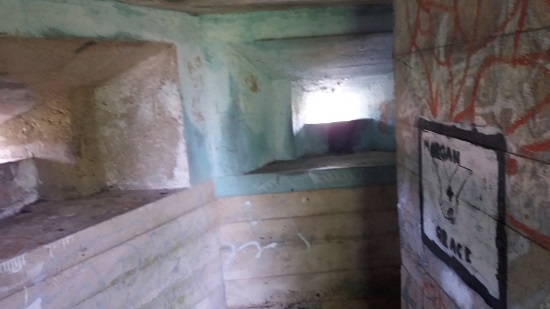 The bunker interior. This is one half of the bunker, each
half being protected from the other by a concrete dividing wall.
The painting on the wall is to commemorate some local lovers

Luckily the bunkers never had to be used, and now attract local teenagers looking to party. If you explore any British bunkers, watch out for broken beer bottles and used condoms!

Fortunately the lovely Norman church at Goring-on-Thames is cleaner. It’s unclear just when the church was built, and it may sit upon Anglo-Saxon foundations. Like many churches, it’s been greatly remodelled. One spot of interest is the elaborately carved rood screen, which local legend says is carved from wood taken from HMS Thunderer, which served under Nelson at Trafalgar. The ship was broken up in 1814 after a long and glorious career, and several churches claim to have timbers from her.

The village of Goring-on-Thames felt like a smaller, sleepier version of Wallingford. Both are nestled on the river and filled with fine little English cottages and old pubs. If you want to see what life English is like outside of the big cities, the Thames Path will show you plenty of the smaller places! 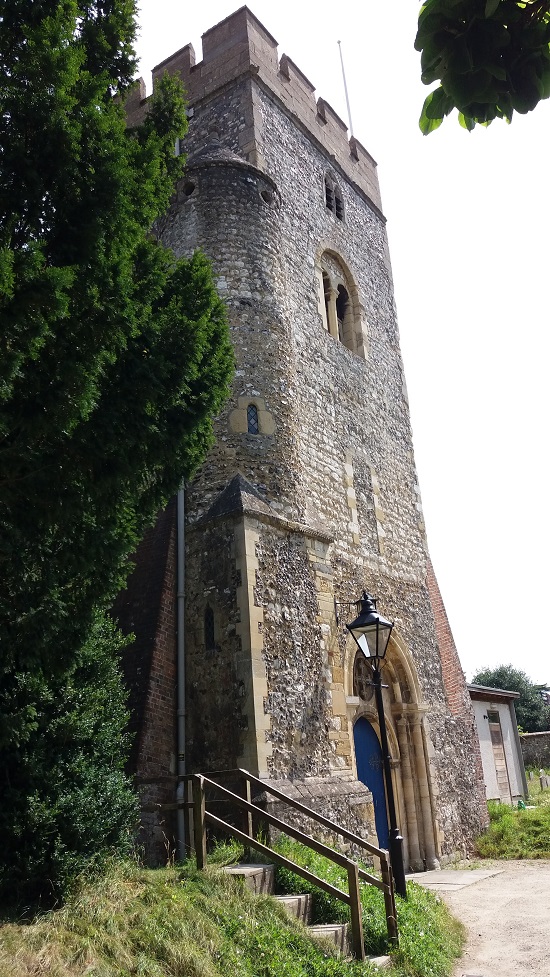 The Church of Saint Thomas of Canterbury in goring-on-Thames
was founded in Norman times or even earlier. The bell tower is
15th century and includes a bell from 1290 that is still rung 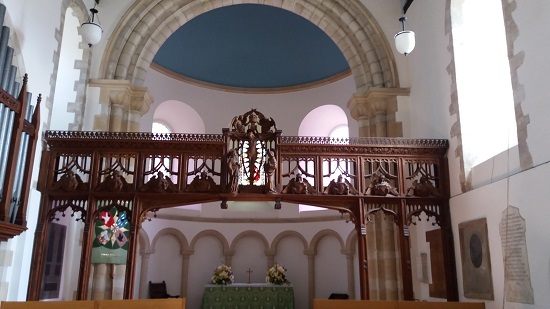 The rood screen at the  Church of Saint Thomas of Canterbury

This is the kind of trip I would want to take if I ever visited Great Britain.