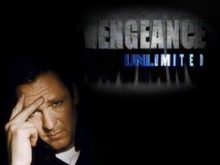 Last time I was talking about the idea of there being a time to railroad. In other words, that there’s a time when the supporting technology, or maybe just the zeitgeist, allows for a concept or invention to finally flourish. The railroad itself is the ultimate example of this idea technologically, and you can look at my last post for examples of TV or movie concepts whose time to railroad popped up in the last ten years or so.

But I also wanted to take a look at a couple of TV shows that got derailed because – maybe – they were ahead of their time.

I’d be remiss if I didn’t at least touch on two related works, The Princess Bride, and Firefly, both of which “failed” at the time of their production, and both of which have become cult classics since. To be honest, I don’t think either of these was before their time. Above, around, beyond, maybe, but not before. Princess Bride was marketed badly – like trying to find only one shelf for a cross-genre book. The studio just didn’t know what to do with it. Firefly suffered more, I think, from lack of backbone – I mean to say, patience – on the part of its network. Either that or the audience which seems so huge to us in the Fantasy and SF community is actually quite small when compared to the population at large. Maybe Firefly would have flourished if it had been on another network, where the numbers would have looked better.

There are, however, two TV shows I’d like to single out as being at the station before their train was due: Vengeance Unlimited, and Threshold. These shows didn’t become cult classics, but they were followed at later dates by similar shows that were far more successful.

Vengeance Unlimited had a 14 episode run in 1998, on ABC. Michael Madsen starred as Mr. Chapel, a man with a dark event in his past, who spends his time getting justice for people who have been screwed over one way or another – either by the legal system, unethical business types, or active enemies in the case of those framed for crimes. His services don’t come free, he asks for either $1,000,000, or a future favor. Of course, most people are thrilled to agree to the favour, but Mr. Chapel’s methods are a little diabolical, so these same people are equally thrilled when he thanks them, and tells them that they’ll never see him again.

As I said, this show wasn’t successful in its time, but about 10 years later, it was followed by Leverage, which aired from 2008 to 2012. This time a group of former criminals, a grifter, a thief, a hacker, etc., band together to get justice for people who have been screwed over one way or another, either by the legal system, unethical business types – well, I think you get the point. Leverage had the same things going for it as Vengeance Unlimited, including a group of actors equally menacing and funny, led by Timothy Hutton. It aired, however, on TNT, which started airing dramas in around 2005.

I’d say this was a bit of a railroad situation. The right idea, on the right network, at a time when cable networks were starting to present dramatic programming. 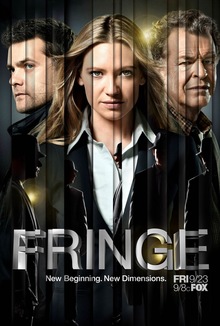 Threshold is, I think a prime SF example of a TV show ahead of its time. It aired for 13 episodes in 2005 on CBS. Its premise was that the government is at all times prepared to recruit – in some cases forcibly – a diverse group of exactly the right people to deal with a “threshold” event – in this case, first contact with an alien species. This show seemed to have everything going for it: smarts, funnies, dark or intriguing back stories, but even the presence of Carla Gugino, Brent Spiner and Peter Dinklage in the cast couldn’t save it.

It’s not aliens, exactly, behind the events in the far more successful Fringe but it may as well be. The program aired from 2008 to 2013 on FOX and dealt with a group of exactly the right people recruited by the government – in some cases forcibly – to deal with “fringe” cases that defy normal scientific or investigative solutions. I won’t go into a lot of detail, as I’m fairly sure you’re familiar with the program. A great cast, good writing, and they didn’t drag it on too long: a perfect combination of train, station, and passengers.

Or maybe it was just the station – no pun intended. Is it a coincidence that the successful shows appeared on smaller, less traditional networks? Is the appearance of cable networks part of the “time to railroad” that these shows needed?

You had me at Peter Dinklage. Now I have to go see if Threshold is on Netflix.

He was great, as usual. An early role for him, post The Station Agent.

One of the positive things about this series was that they knew they were being cancelled in time to do a wrap-up scene that – contrary to what they did recently with Castle – actually worked in a satisfactory way.

Smaller station means the managers have a different expectation of how many viewers they might reach. The same number of viewers might look pretty good to them so they keep making more seasons.
Which is actually economically sound. Any time you produce a show and look at the audience number you have to consider how much viewers you would be able to get with something else. Anything else. If you think you could produce and air a show with twice as many viewers for that time slot, then it probably will pay to do just that. If you think the audience is as big as you’ll ever get, you sure keep making more of the same.

@ Martin: that’s pretty much the way I figured it worked. It certainly explains why we’re seeing so much more of what seems to be called “niche” programming.