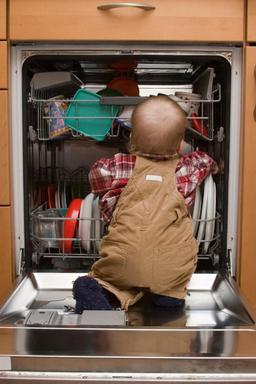 HP Lovecraft once said that “The oldest and strongest emotion of mankind is fear, and the-” wait, wait a second. If I never have to hear that quote again I’ll die happy.

One of my strongest and most persistent wishes being to achieve, momentarily, the illusion of some strange suspension or violation of the galling limitations of time, space, and natural law which for ever imprison us and frustrate our curiosity about the infinite cosmic spaces beyond the radius of our sight and analysis.

And he also said:

There will always be a small percentage of persons who feel a burning curiosity about unknown outer space, and a burning desire to escape from the prison-house of the known and the real into those enchanted lands of incredible adventure and infinite possibilities which dreams open up to us, and which things like deep woods, fantastic urban towers, and flaming sunsets momentarily suggest.

So with that in mind, there is a certain way my family has always loaded the dishwasher.

The big plates always go in the back in the bottom rack. Always! My parents have done it this way since they had their first portable set-it-on-the-counter dishwasher back in like 1966. When I moved out to go to college I did it the same way in the crappy dishwasher in my crappy apartment.

When I had roommates that’s how they did it, too. It was like an unspoken law, a social contract. Big plates in the bottom on the back. That is how these things were simply done.

When I met my future wife back in 1993, she lived in an apartment that didn’t even have a dishwasher. Add to that that when she was living at home the dishwasher was, well, her (giving her an aversion to doing dishes by hand to this very day). When she and I were living in sin in a rent house we couldn’t afford, it did have a dishwasher; and I loaded it first, putting the dishes in the back on the bottom rack, as is right and proper. And thus the cycle, the knowledge, was passed on. And we did this, this mundane thing, we did it like this every time. Every. Time. For years decades. 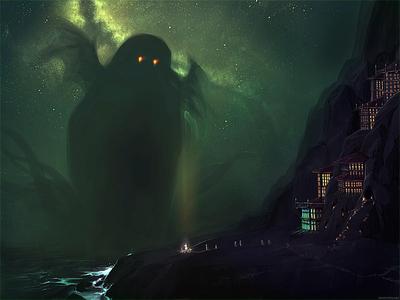 Two decades, to round down a bit. And then one day I come home, open the dishwasher and the big plates are in the FRONT of the lower rack. Clearly my wife had, for whatever reason, loaded it up this way. But that’s not what I thought when I saw it. No, I didn’t think anything when I saw it, I felt. And what I felt was something between a shock and swoon; and for a moment, just a moment, my overall impression was that I was in the wrong damn house.

And that impression was lasting! On an intellectual level yes, it took me less than a second to realize that it was just that the dishes in a different place — but that impression of wrongness — while the initial wave subsided in moments, there was still a residual, lingering… worry. Was this really my house? Did some doppelganger who looked like my wife commit this crime against the normal order and somehow manage this… this non-Euclidian arrangement of service? I thought, briefly, about huffing paint and turning the whole experience from a HP Lovecraft moment to a PK Dick moment. Discretion and common sense won the day on that one.

Yet, the unease, the worry remained. Maybe worry isn’t the right word, but I don’t know… perhaps it’s best to go back to Lovecraft:

Indeed, all that a wonder story can ever be is a vivid picture of a certain type of human mood. […] Prime emphasis should be given to subtle suggestion—imperceptible hints and touches of selective associative detail which express shadings of moods and build up a vague illusion of the strange reality of the unreal.

Indeed, and the subtle suggestion of something, it is akin to when you narrowly miss getting into a traffic accident: you’re on weirdly on guard for the rest of the day. Or maybe just on guard against the weird?

For a while I had a repeating dream motive of living by myself in a place that had two beds in it, sometimes in the same room, sometimes in different parts of the house. And then I would dream waking up with the terrifying realization that I had accidentally slept in the wrong one. There was nothing wrong with the presence of two beds in a place for one person, they were both supposed to be there and part of my normal furniture. But having slept in the wrong one? Somehow those were the most disturbing dreams I ever had. I never had anything close to that feeling of wrongness.

(I suspect it was a literal visual manifestation of “having made your bed and now having to lie in it”. The dreams stopped when I decided not to pursue a closer relationship with a new friend.)

Cool little post! Curious, is there a certain essay or letter that you got these Lovecraft quotes from?

Of all the transition sentences I’ve read in the past few months, context makes this my favorite:

So with that in mind, there is a certain way my family has always loaded the dishwasher.

Martin, I have had very similar dreams– where I’m doing something innocuous but suddenly it feels horribly wrong. Like criminal-level wrong!

McGlothlin- I think I got those from Selected Letters #2 or #3– let me nose around and see if I can find a reference.

Avery– I aim to please!

Thanks Adrian! That would be greatly appreciated. If you want, you could send them along to mcglothlin.13@gmail.com; or post them here, your choice.

If you can’t find them, no problem, thank for the effort.

Cthulhu softly chuckling… Could the dishwasher ITSELF be leading to MORE allergies in our children???

Indeed, the “squeaky-clean-ier” we make our world, the sicker our childfren may become: