Mr. Michaelbrent Collings is an internationally-bestselling author who also currently happens to be a double Stoker Award nominee for 2016.

His work The Deep is nominated for Superior Achievement in a Novel while The Ridealong is up for Superior Achievement in a Young Adult Novel. And though you might expect a horror writer with these types of creds to be long in the “EA Poe” persona and short in the humor department, Collings is… well… downright funny — which makes him perfect for fodder for a Goth Chick News interview, where it’s not about how many gallons of blood you can sling, but how entertaining you are.

So without further ado; everyone, this is Michaelbrent.

GC: How did you first get into writing? Was it to meet girls?

MC: It was definitely to meet the ladies. I’d go to parties, lean suave-like-Bond-style against the nearest booming woofer and lay down my opening line. Then, when I realized they couldn’t hear me because I was standing next to a frickin’ booming woofer, I’d move to a tweeter (yeah, I went to weird parties), and say, very casual-like, “So I researched today how to make a tent out of the face-skin of virgins.” I never did get a phone number, but I’m pretty sure they all talked about me when they ran to the bathroom.

No, strike that, I did get a phone number once. I thought it was pretty strange at first that it had eighteen digits, but the girl must have been an exchange student, because I got some kind of Chinese phone number and some other woman showed up at my house a few days later claiming to be my wife. It was really weird. Especially for my parents, who didn’t know how to feel about the fact that my wife was older than they were. Plus I still lived at home at the time.

Have you always been a fan of the horror genre?

With experiences like the one I just described, I’d have to be.

I understand you are also an attorney. Does this help you with writing scary stories? 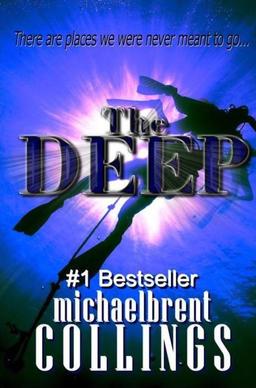 Yes and no. The experiences I had were horrific, but mostly of the “horrifically boring” or “horrifically I-can’t-believe-you’re-really-this-petty” variety. No one wants to read about an ax murderer who wants to kill his victims not because they murdered his mother or even just because they ran over his dog at a BMX racing event, but because they screwed up his air conditioning installation. You’d be all like, “Say WHAT ax murdering petty man?”

Your story “The Ridealong” was nominated for a Stoker in the YA category, where your protagonist is a teenaged girl, Mel and the results are truly outstanding. Though it isn’t the first time you’ve done so, how do you master convincingly writing in the voice of the opposite sex, not to mention a teenager?

I actually get asked that a lot – I’ve written numerous books from the points of view of women, young and old – and it kind of surprises me. I think the basic difference between women and men is that women have the courtesy to schedule their mood swings, whereas we men can be set off at any random time. <grin>

In all seriousness, we’re all human. We all want the same basic things – sustenance, protection, love, and the occasional tent made out of the face-skin of virgins. The different genders may tend to go about their goals in slightly different ways, but that’s a question of mechanics. Mechanics are easy: it’s like asking if you start with the corners or the edges or the middle pieces when you’re doing a puzzle. In the end, you’re doing the same puzzle, and with a little effort you can certainly learn to do it any of the other ways, too.

Your other nominated work The Deep is set against the background of underwater exploration, which for a non-swimmer is scary enough by itself – forget what’s lurking under the waves. Are you a diver yourself or did you do an enormous amount of research?

I wrote that piece in large measure because deep-water diving – which is called technical diving and/or cave diving – is, not to mince words THE MOST FRIGHTENING FRICKING THING I CAN THINK OF WITHOUT GOING CTHULHU-LEVELS OF CRAZY. So no, I don’t dive. The closest I come is very occasionally venturing to the deep side of the pool. And even then I’m wearing a life jacket and those arm-floaties. Also, I have a swim buddy and am laying on top of an inflatable alligator with a search-and-rescue chopper slowly circling gradually overhead with the rescue cage already halfway down. Just to be on the safe side.

Can you tell us a little about the plot and what was your inspiration? 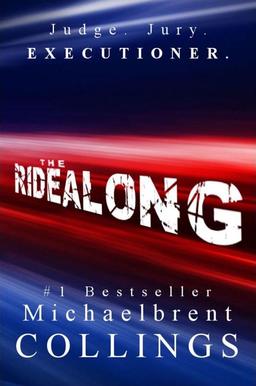 The plot of The Deep is basically about several people on a deep-water dive. They’ve all got different reasons for being out there – some neutral, some noble, some deeply evil. A rogue wave hits their boat, and when they recover they discover that the seabed has risen – impossibly – over six hundred feet in the course of only a few seconds. And that it appears to have something down there. Treasure? They investigate, and each finds exactly what he or she is looking for.

Which ain’t a good thing.

Have you ever personally had a supernatural encounter, perhaps like what you describe in The Haunted?

I will say only this: I’ve seen some deeply freaky things in my life. And some deeply amazing things. And certainly enough things to convince me that there is more to life than life itself.

You have also written for the big screen. How is that process different than writing a novel, or is it really?

It is TOTALLY different. I’d go into how, but that’s an entire book in itself, and there is much more weeping involved.

I understand you weren’t exactly pleased with how your work ultimately translated to film. Do authors get any say when it comes to movie interpretation?

Film is different from books in that with a book it’s you, the cover artist/designer, and your editor. With a film, it’s you… then you sign over the rights and it’s the director, the producer, and those thousand or so people you see scrolling past during the credits. You may be invited to do rewrites, or to help out on-set. But that’s at those people’s whim. You’ve signed over the rights, and that means you have no further power at all, except as granted to you by contract or by the largesse of others.

Horror is about a) real loss already suffered that b) promises real loss in the future. By that I mean that in a thriller very often the hero has his entire lifestyle or life itself threatened, but very little actually happens to him. It’s all a figure in the shadows, promising mayhem if the hero doesn’t complete a task, or figure out a puzzle of some kind. In horror, you have a murderer who’s killed already, and who will again. You have a ghost, who’s already dead, obviously, and who threatens to bring others to her. Or, in more subtle horror, you have a family torn apart by the death of a child, and which will disappear as a unit if it doesn’t find a way to heal. That’s why horror can be so redemptive: because it’s about the ultimate loss of self, followed by the potential for ultimate triumph.

As an author, who are your favorite authors?

Assuming you walk away with a Stoker, the coolest trophy ever, how and where will you display it?

It’s pointy, so probably in my underwear drawer… Don’t ask.

Well, like most future Bram Stoker Award winners, I will probably leverage the win into a super-modeling contract – probably underwear, or something dealing with abs – then from there it’ll be on to a Hollywood blockbuster. I know, I know, that’s no way to get an Oscar. But I’d rather have the twenty million for Jurassic Park 3, where Chris Pratt dukes it out with my seven of my abs while I use one of them to take down a T Rex and kiss the girl with my last one (yeah, that’s right, I have NINE abs, and it has LIPS, BABY).

That makes you forever welcome at the offices of Black Gate MbC… Can we call you MbC?

And fingers crossed on landing a Stoker.

Follow Collings and his aforementioned nine-pack into his next horror adventure via his Facebook page at facebook.com/MichaelbrentCollings or sign up at eepurl.com/VHuvX for advance notice of Collings new releases, sales, and freebies.