With the holidays over and Chicago immersed in the dark, cold days of March, which precede the somewhat less dark but still cold days of springtime in the Windy City, it is once again time for we here at Goth Chick News to surface from the underground offices at Black Gate headquarters, and venture forth into a new year.

With only six short months until the official kick off of the 2016 “season” (Halloween if you haven’t guessed), the calendar is already filling up with a plethora of gooey event invites from which we will extract, forcibly if necessary, all the steaming fresh tidbits we share with you here each week.

As the city that originated the St. Valentine’s Day Massacre, The Eastland Disaster, H.H. Holmes and Resurrection Mary, it should come as no surprise that Chicago is a mecca of opportunities for the aficionado of all things unnerving. It is therefore unnecessary for BG photog Chris Z and I to venture too far afield to dig up content, and this year’s calendar is even more bloated than usual.

This comic book and pop culture convention spanning the latest and greatest from the world of comics, movies, television, toys, anime, manga and video games has been the official kick off of the annual show season since 2010. 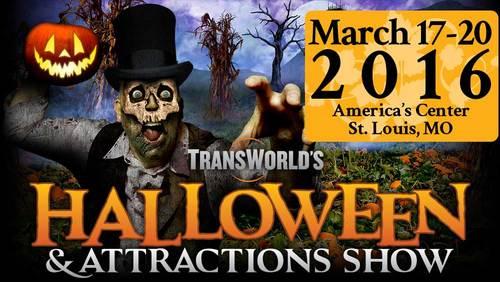 Landing on the same weekend has C2E2 this year means roughly 48 hours of fast food, a 10-hour road trip and minimal hygiene as we rocket out of Chicago down to St. Louis. But this “industry only” show is totally worth it as we well know having covered it for over 10 years. Ever wonder what the Hollywood special effects people do in their down time?   They create effects, props, costumes, makeup and sound for the professional haunt industry, and showcase it all in one glorious weekend. 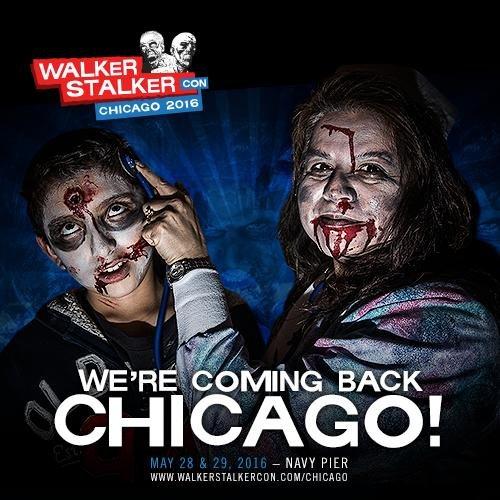 Now infecting 10 cities including London, this con dedicated to all things zombie is in its third year in Chicago, which means another year of taking bets on whether Norm Reedus will look showered and rested.

Open to the general public, Chicago Frights is a celebration of all things haunted and Halloween. A gathering of likeminded scream junkies of every age and level of experience, who love Haunted Houses, Halloween, SF Makeup and generally scaring the snot out of people,

Chicago is just one of 15 cities hosting a Wizard World event in 2016 and attracting over 100K visitors last year, the con in our fair city is second only to the mega version in San Diego.

Also occurring in Las Vegas and LA, the Chicago version is the best place ever to rub elbows with yesterday’s scream queens and TV types.

In its fifth year, DooD is chock full of special events tailored just for the fans with an active after hours scene of horror themed parties, and a massive guest list of celebrities, artists, and up and coming independent film makers. Check out the web site for a DooD in a city near you.

A new addition to the 2016 line up, the Chicago Pop Culture Con is billed as a multi-genre convention of Comics, Toys, Gaming, Sci-Fi, Fantasy, TV and movie memorabilia – or basically an all-around bacchanalia of wonderfulness.

Have an idea of another event we should wade into? Post a comment or drop a line to sue@blackgate.com.