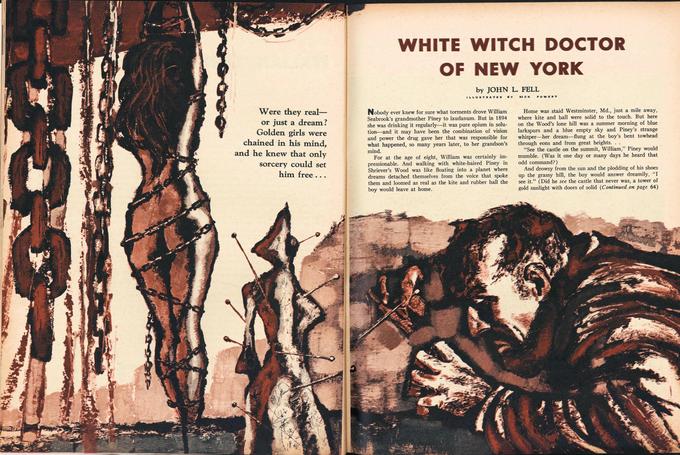 In going through several hundred issues of men’s adventure magazines for this year’s upcoming Jerry Weist estate auction at the Windy City Pulp and Paper Convention, I came across the interior illo above by Richard Powers. It’s from the January 1957 issue of Men.

I was actually surprised how many great artists appeared in the issues of Men that I went through, including Bama, Saunders, De Soto, Belarski and many, many more. Some really great art in there! 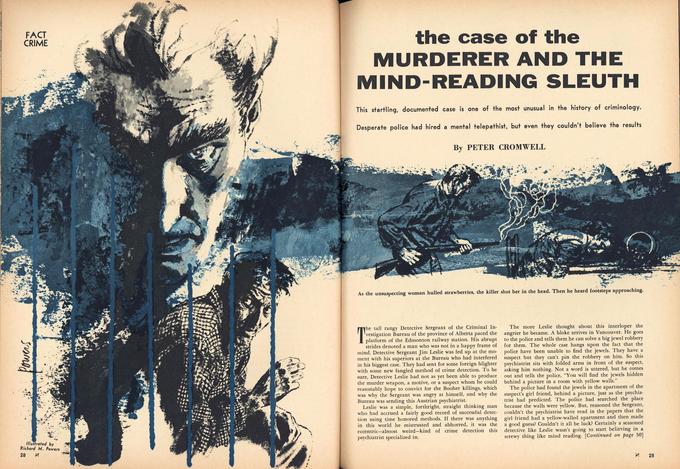 The one above by Richard Powers is from the January 1957 issue of Cavalier.

If you’re a Powers fan (like my friend John Davis), you may need to bid on some of these lots of men’s adventure magazines during this year’s auction! No Powers collection is complete without them! 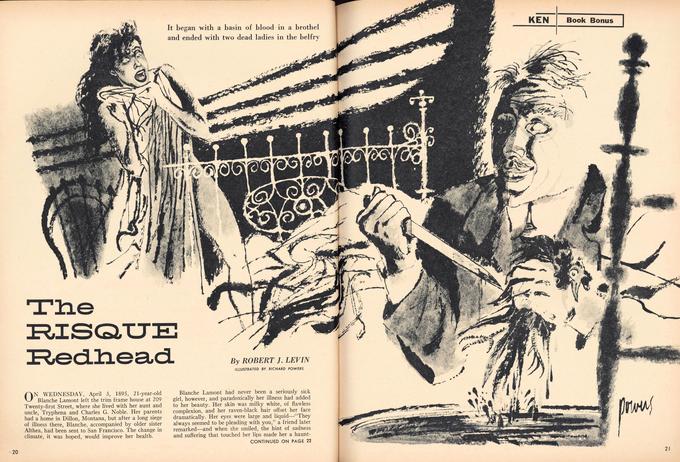 A few more by Richard Powers (above and below), taken from the February 1957 issue of Ken For Men. 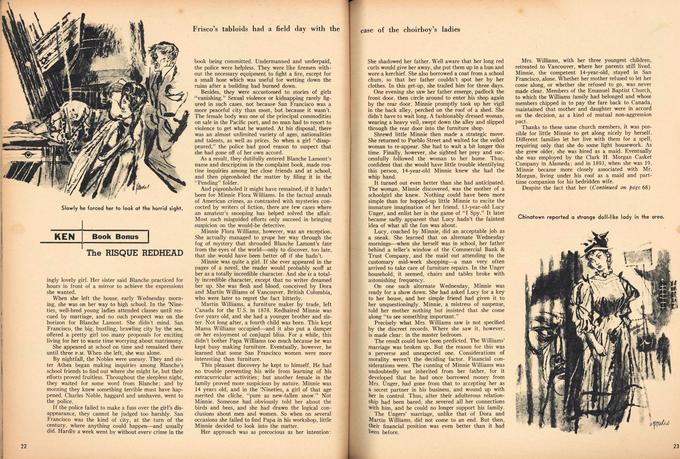 I just wanted to say that I thought that this was a very cool article. I loved the art. Thanks for doing this article. Hope to see other things from you.

Glad you enjoyed it, James. We have several more articles from Doug coming up!