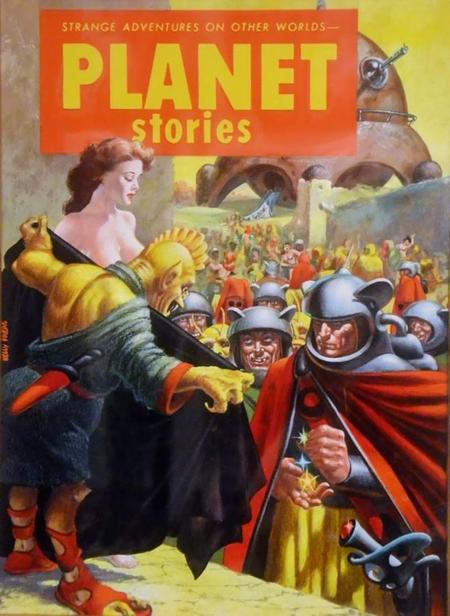 A little while ago, I posted one of our two big IlluxCon purchases — a Hubert Rogers Astounding cover that we had arranged to buy over the summer from a friend, and the deal was completed at IlluxCon. This is the other major piece we picked up there, also from the same friend (click for a bigger version).

It’s by the great Frank Kelly Freas, and is the cover for the Summer 1954 issue of Planet Stories. It illustrates “The Ambassadors of Flesh” by Poul Anderson, which was the third of his Dominic Flandry stories. Needless to say, Flandry saves the day, and the girl.

Like all of the original Planet Stories covers I’ve seen, the block where the magazine’s logo went was just painted as a solid color. My friend had the logo scanned and printed onto mylar, which is laid in on top of the painting as it’s framed, so the logo is actually not on the artwork. Freas won the first of his ten Best Artist Hugos in 1955, about a year after this painting was published.

On a side note, artist Herman Vestal, a Fiction House regular, contributed a double-page spread which ran as the interior illustration for this story. Several years ago at Windy City, I managed to pick up the left half of that illo (still looking for the right half!), which has Flandry in a good action scene. I’ll post that down the road.

Why do I think the buyers all seem to be from a particularly sinister faction of the Mickey Mouse Club …? 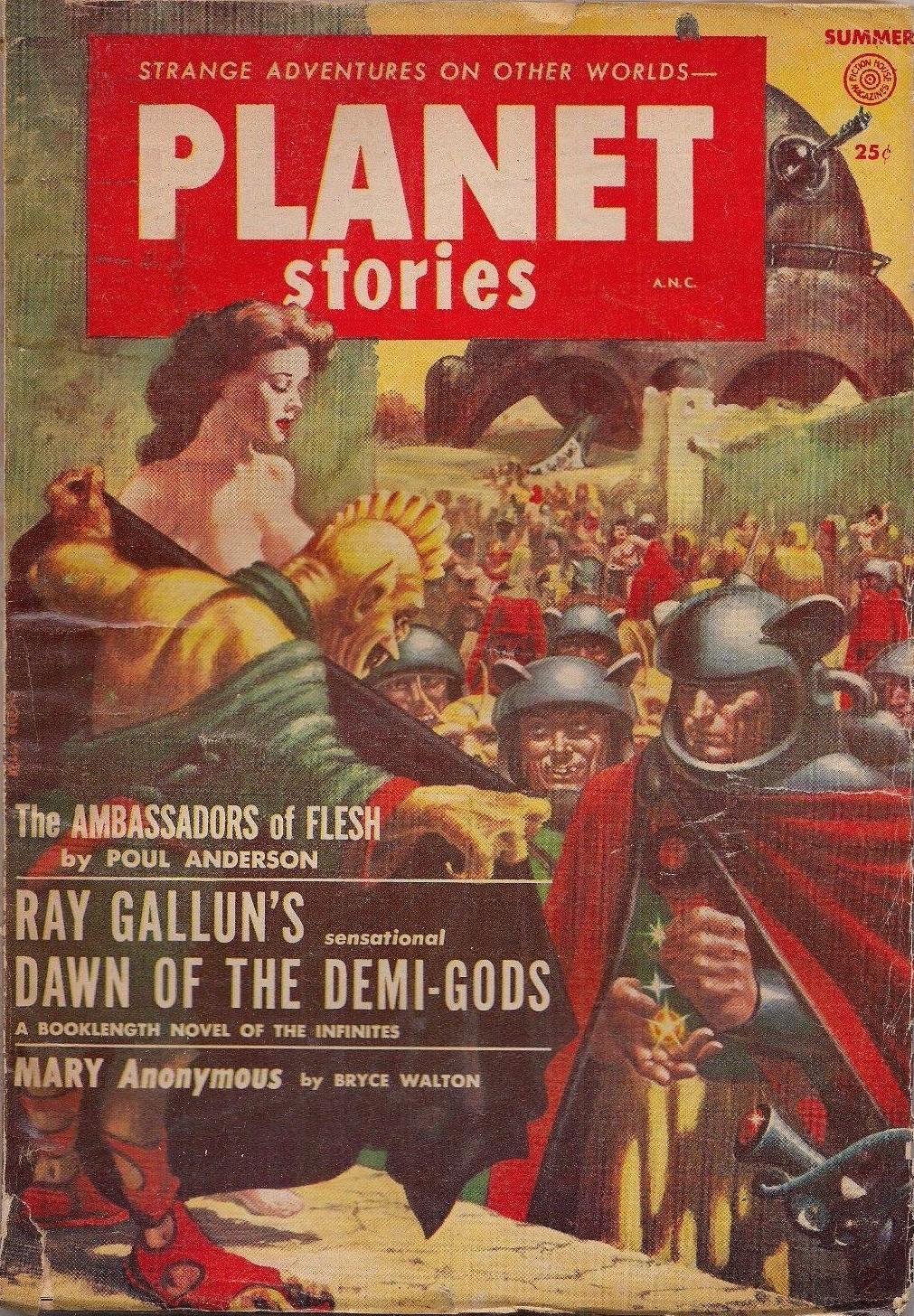 This cover puts me in mind of an illustration done by John Buscema in “Savage Sword of Conan”:

I seem to remember one of two things happening in the next panel after this scene:

A) The crowd of gawkers, suddenly feeling ashamed of themselves for their less than gentlemanly behaviour, apologise and quietly depart from the scene with averted eyes.

B) Conan arrives on the scene and carves a bloody path through the crowd with his broadsword.

You’re wise in going with choice B, John, but, to be honest, I’m not sure exactly what happens next, since I don’t actually have that issue in front of me (didn’t bring my collection along after my last move) or even know which issue it’s from.

However, I think it’s safe to assume that Conan at some point in the story will lose his temper, snarl like a wolf and charge in with his broadsword against anyone and everyone who has it coming.

I don’t think “Savage Sword” would have lasted over 200 issues if people went around being nice to each other in every issue, so choice A looks on the surface to be very unlikely.