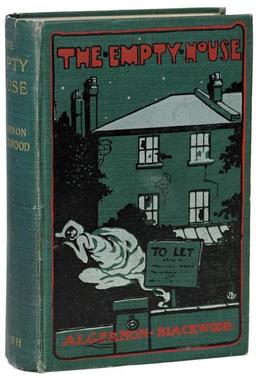 Of the many things Algernon Blackwood did in his lifetime the most notable is producing a substantial body of horror and weird fiction. He tends to be overshadowed by some other writers of yesteryear, but one of the best known of those writers, H.P. Lovecraft, offered high praise for his abilities:

Of the quality of Mr. Blackwood’s genius there can be no dispute; for no one has even approached the skill, seriousness, and minute fidelity with which he records the overtones of strangeness in ordinary things and experiences, or the preternatural insight with which he builds up detail by detail the complete sensations and perceptions leading from reality into supernormal life or vision. Without notable command of the poetic witchery of mere words, he is the one absolute and unquestioned master of weird atmosphere; and can evoke what amounts almost to a story from a simple fragment of humourless psychological description. Above all others he understands how fully some sensitive minds dwell forever on the borderland of dream, and how relatively slight is the distinction betwixt those images formed from actual objects and those excited by the play of the imagination.

The Empty House and Other Ghost Stories was the first of Blackwood’s many story collections. It first saw publication in 1906. The edition reviewed here was published in 1916.

The oddly named main character, Jim Shorthouse, visits his aunt, who has gotten the keys to said house and is excited to go there and snoop around. Which excitement wanes as they commence snooping. As the narrator notes, the house is not all that different from the other houses in the neighborhood. The difference presumably is that no one was murdered in the other houses. Haunted house/ghost story 101, but well-executed.

One of Blackwood’s first published stories — if not the first – is also one of many inspired by the time he spent in Canada. He does a great job of setting up the setting and a creepy atmosphere — a cottage on a remote Canadian lake after the summer crowd has left. The rest of the story is well told but the premise felt a little weak. 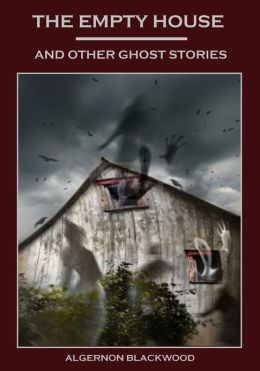 “A Case of Eavesdropping”

Jim Shorthouse turns up again in a story that’s not so different from The Empty House, but isn’t as well executed. Ghosts reenact a murder and whatnot.

Its blindingly obvious that the narrator’s old pal is a ghost — though not to the narrator. To be fair, he doesn’t know he’s in a ghost story. By the book, except for a creepy ghostly effect that involves breathing.

“With Intent to Steal”

Several stories in this collection feel like the work of a beginner trying to turn out ghost stories like those he has read. Not surprisingly, since Blackwood’s writing career was just getting underway. This story breaks that mold and presents something closer to Blackwood’s own style. It’s an understated tale of two men – Jim Shorthouse appears again – who spend the night in a barn where a practitioner of the “black arts” once hung himself. Its quiet horror, to be sure, but very effective and contains a brief passage that’s as creepy as anything I’ve ever read.

“The Wood of the Dead”

The title in this case is rather literal. An interesting and somewhat poetically rendered take on the ghost story, without any of the malevolence that often comes with the territory.

“Smith: An Episode in a Lodging House” 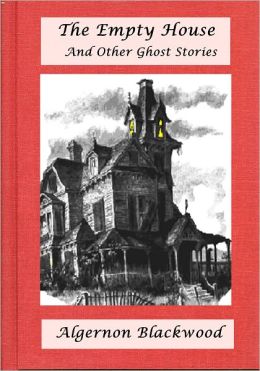 The first collection of Blackwood’s John Silence stories appeared two years after this volume. The doctor telling a tale around the fireplace in this particular story is not identified as Silence, the famous occult detective, but one can’t help wondering. The tale itself is a none too exceptional one about a fellow lodger from the doctor’s schooldays and his dabblings with the occult.

One of the few real duds of the collection is somewhat promising until the twist ending. Perhaps this sort of thing wasn’t considered quite so hackneyed back in the day.

“The Strange Adventures of a Private Secretary in New York”

My favorite of the bunch. A businessman sends his secretary on an errand to a remote corner of Long Island. He finds a rundown mansion with a opulently furnished library that stands in stark contrast to the rest of the dump. On hand are the master of the house and his servant, both of whom are rather odd birds. One of the things Blackwood does best is create an eerie atmosphere and he pulls out all the stops here.

“Skeleton Lake: An Episode in Camp”

Another of Blackwood’s great North stories. In this one a victim of an alleged accident comes upon a hunting party at a remote lake and tells his tale. Great scene setting and atmosphere again but the climax doesn’t quite behave like a climax. Blackwood seems to fizzle out at the end, something that happens in a few other stories in this book.

William I. Lengeman III’s last review for us was his Star Trek Movie Rewatch: Star Trek: The Motion Picture. He holds forth at www.wileng3.com.