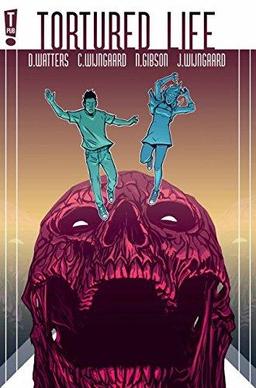 Admittedly, I’m a sucker for a Brit.

And that goes double when he’s also a comic writer.

If he also happens to write dark, gothy stories…

Well, you get the idea.

We first met Neil Gibson back in early 2014 at the Chicago Comic and Entertainment Expo (C2E2 for you cool kids). Then he was promoting volume one of Twisted Dark; the illustrated story he had written which had just been published by indy comic house TPub in the UK.

TPub believes it is their mission to change the way people view comics and get more people to read them, and in May last year Twisted Dark had already reached number one on the UK Kindle chart. And though I could not locate current stats, when I was in London’s famous Foyles bookstore last month, Twisted Dark was highlighted as a “staff pick” in the graphic novel section.

So a couple weeks ago when Neil emailed to let me know his newest project with TPub, Tortured Life was complete, I was has happy as a cosplayer in at a 2-for-1 spandex sale to get a look and tell you all about it.

Tortured Life tells the story of Richard Carter and his little “problem.” 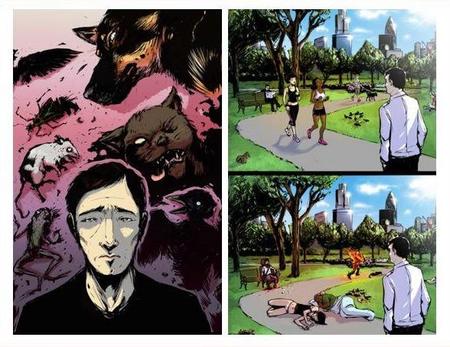 You see, Richard’s life is wonderfully normal until he sees a dead cat in the road, only it wasn’t dead… yet. Richard had a glimpse of how the animal would die and then a few minutes later he saw those events unfold.

Richard might have successfully written all this nastiness off as a hallucination until happened again and again; first with animals, then with people, all shuffling off their mortal coils right under Richard’s nose, until it becomes horrifying clear where the title of the work originates.

As Richard’s visions happen more and more often, he can’t walk down the street without seeing dead bodies everywhere. Caspar Wijngaard once again brings the visuals with his artful illustrations, like the pure carnage that is Richard’s stroll through the park where the soon-to-be-dead present gruesomely themselves (there’s a guy spontaneously combusting no less).

It’s when Richard decides to end his “tortured life” that Gibson throws in the first story twist that became his signature in Twisted Dark. 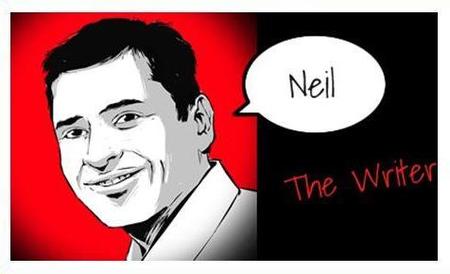 Unlike Twisted Dark in which each issue told a standalone story, Tortured Life is a linear narrative, done in six issues, with a lot more blood and guts according to co-writer Dan Watters.

Says Watters,”Twisted Dark may be dark, but it aims to be more universal. With this comic, we’re able to get nasty and go all out horror.”

You can read the first issue of Tortured Life for free on TPub’s website. Then when you’re as hooked as I am, get ready to own the entire graphic novel in print when it is released in the US in January by pre-ordering at Amazon.

Have you checked out Twisted Dark and if so, what’s your verdict? And if you were the author, would you think its skeevy for an American goth blogger to hunt you down in London for a pint and an autograph? Post a comment or drop a line to sue@blackgate.com.