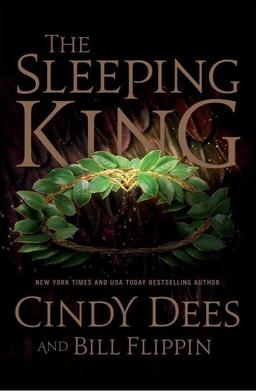 I’m not all that familiar with live action role-playing (LARP), but I certainly know it has its fans. One thing I hear about it is that it brings the storytelling aspect of role playing to life in a way much superior to tabletop gaming, and I believe that’s true. Cindy Dees is something of a pioneer in the LARP community — she’s been involved with Dragon Crest, one of the original live action role-playing games, for over twenty years, and is the story content creator on the game. She’s also a New York Times bestselling romance and suspense writer, with more than 50 novels to her credit. For her first venture into fantasy she’s partnered with Dragon Crest founder Bill Flippin on a new epic fantasy series, featuring near immortal imperial overlords, a prophecy of a sleeping elven king, and two young people set on a path to save the day.

The planet Urth was once a green and verdant paradise. Powerful elemental beings with deep magic were stewards to this wonder, but not all could agree on its destiny. When gods war, it is the small who always suffer and the First Great Age ended with a battle that nearly destroyed all life. To end the conflict an Accord was put in place to preserve the balance of life, and the elementals withdrew their influence to allow new, less powerful races to grow and to thrive in the world.

That balance was destroyed, however, when the Kothites, a race of near immortals, came to Urth. In the ensuing centuries they have wreaked havoc on the planet, and the mortal races of men, elves, and other creatures seek a way to break free of the Kothite menace.

There is a fable told to those who hope that there is a Sleeping King, a powerful elvish elemental trapped in a spell, who possesses powers that may bring Urth back to health. Many seek this treasure: a mad Immortal Emperor who would destroy it to ensure his race’s power forever. An avaricious governor who seeks to enrich himself beyond measure. Old powers seeking to capture lost glory. A young girl seeking to thwart property to save her future, and a young woodsman out to discover a lost past. Together they might finally extinguish the Black Flame of Koth.