Original title, Watdiz Rafaflafla — Rafaflafla being the word used by residents of the greater Pittsburgh area to designate that harrowing sound (made by insects and tiny flying horses) suppos’d to resemble the flatulence of daemons who have been tuned to the key of B flat.

Composed by Haminah Haminah H. Haminah, Esq., a sad clown and learned scholar of the Peoria, in the American caliphate of the Illinois, who is said to have flourished during the early period of the Flock of Seagulls and the A-ha, circa 1983 A.D. He visited the ruins of the Cleveland and he explored subterranean secrets of the Memphis and spent ten years alone in the great southern desert of the Phoenix — the Hoolenah Whooleenah or “Artificially Irrigated Space” of the ancients, which is held to be inhabited by evil blue-haired spirits and sundry other monsters of the retirement catacombs. Of this desert many tedious and mediocre marvels are told by those who have much time on their hands and are usually about two and a half sheets to the wind.

In his last years H. Haminah dwelt in Topeka, where the Necronomicon II was written, and of his final death or disappearance (c. 1989 A.D.) many random and pointless things are told. He is said by Reebeeh Bopaloola (his biographer) to have been seized by an unspeakably vile monster with breath that would stop a tank in broad daylight in the produce aisle of the Safeway and devoured horribly before a smattering of bored witnesses. Who just wanted some arugula and really didn’t want to get mixed up in yet another one of those supermarket devouring incidents.

Of H. Haminah’s madness many things are told. He claimed to have seen fabulous Rangadang, the City of Petrified Cupcakes, and to have found beneath the ruins of a certain nameless desert town called Reno the tepid annals and secrets of a race more rude and garrulous than mankind. He was only an indifferent Moslem, worshipping unknown entities whom he called Yog-Sothoth and Cthulhu – though never to their faces and he never really did get the pronunciation down (how do you pronounce “Cth” anyway?).

In A.D. 1999 the Necronomicon II, which had gained a negligible circulation amongst a few of the dopier philosophers of the age, was secretly translated into Klingon by Theodorus Smith of Wildwood, New Jersey under the inappropriate and downright ridiculous title, My Little Pony & Me, which was later changed to Necronomicon IV and then to Necronomicon II. For a few weeks after it impelled certain dim-witted experimenters to terrible attempts, until it was suppressed and burnt by the patriarchs of a local Elks lodge. 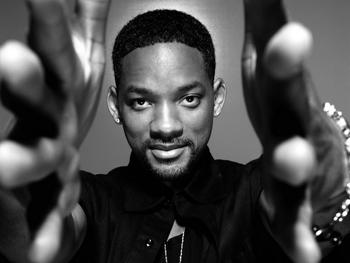 After this it is only heard of furtively, until 2001 A.D. when Shorty Gundersen made a Swahili translation and the Swahili text was printed twice – both editions being without identifying marks (which explains why they were tossed in the dumpster by the janitor that same night).

The work both Klingon and Swahili was banned by the Surgeon General, over fears that it was carcinogenic, in 2003. An English translation made by Will Smith, during the latter part of his Fresh Prince years, was never printed, and exists only in fragments recovered from the original manuscript.

Numerous other copies probably exist in secret (but maybe not – who the hell really knows), and a 2011 translation of Necronomicon III (in 3-D) is persistently rumoured to form part of the collection of a fabulously wealthy toothpick magnate, from Tallahassee.

The book is rigidly suppressed by the authorities of most countries and Starbucks, and by all branches of organized professional wrestling. Reading leads to terrible consequences, such as bunions and uncontrolled hooting.

William I. Lengeman III holds forth at www.wileng3.com

This post is clearly hilarious, but I didn’t understand any of it.

The Necronomicon was an imaginary book created by HP Lovecraft. It featured prominently in several of his stories, and in the last 90 years has shown up again and again in horror fiction (including places like the Evil Dead movies). It’s pretty much a horror staple.

I’m familiar with the imaginary book and I found this post confusing as well, though I clearly understood it to be a joke.

A great book that seriously addresses the history of this imaginary tome is Daniel Harms’ The Necronomicon Files. Highly recommend if you’re interested the reality behind this fantasy.

I gotta admit – I at first loved this book – but I was still in grade school. And since I’d already read much mythology and ancient -let’s not get into all the “Occult” books from the school library- history I could see what they’d put over pretty quickly. Bunch of Sumerian myths, a bunch of randomly drawn sigils (some I’ve seen people use for real…) and cliche ritual magick I’m sure from major texts but with Sumerian stuff.

And no mention of Cthulhu or any of the other beasties due to Copyright still being in effect at the time.

Sort of shows the appeal of a “Fictional Work” – IMO as much as Cthulhu the Necronomicon is one of HPL’s best characters. By citing it frequently as a plot driving device and way of connecting stories he made it a character and theme all its own. That it’d be so popular that someone would try to cash in a renewal of HPL’s popularity like that…

Since then it got used in other works – good if not overdone. Kinda so in “Elder Scrolls” not that I don’t like it. “The King in Yellow” is a good use of it around the same time, I think perhaps before. I think I’ll ref that play also in one of my stories, but more as again a few lines from it and the character commenting on – more to set the mood and approximate time era.

I’ve gone so far as to write out a few pages of ‘within a fiction’ works for my larger works – but of course don’t plan to make it fully since it’d be redundant and take away from the story.

This thing’s been around for decades, btw – there’s even a full page ad in an old OMNI I saw…that’s a real laugh!

For what it’s worth, the piece was based on a brief one by Lovecraft titled The History of the Necronomicon.

The fictional book I really want is the full forty-volume First Encyclopaedia of Tlön.