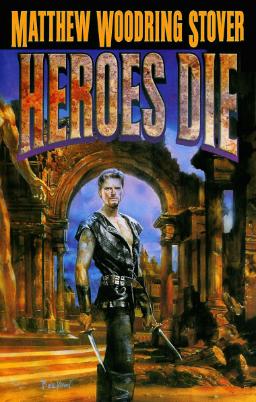 In my April 18th column, I gave a quick overview of Matthew Stover’s Heroes Die. In the novel, actor Hari Michaelson travels to Overworld, a near-parallel earth rich in fantasy tropes and memes, and lives the Adventuring life of Caine for the benefit of the rich, plugged into their full-sensory couches. Caine’s adventures also sell well on the secondary market as recordings.

This book takes your grand pappy’s fantasy book out back for a savage beating, steals its lunch money, and drives off with your grand pappy’s (ex) girlfriend, laughing all the way. Stover hybridizes away in Heroes Die (do your homework; read earlier Fantasy Literature blogs on the work of S. M. Stirling). Michaelson hails from a future dystopian earth, complete with a rigid caste system and a police state, and plenty of action occurs there.

Heroes Die appears to fulfill the terms of a Portal Fantasy. Brush up on your Mendlesohn (Farah Mendlesohn, Rhetorics of Fantasy) to see what I mean. Readers of this novel are hidden observers; no particular allowance is made for us, this allows and requires for sophisticated narrative techniques that reveal the imaginary world to readers as they proceed.

But while we readers visit Overworld from the beginning of the novel, as Michaelson experiences one of his own recordings of a past exploit, and while Michaelson visits Overworld several times, we need to look beyond the obvious elements that suggest “portal quest.”

The fact that this portal is used often suggests this is not a portal fantasy — or not just a portal fantasy. The world readers explore is not Overworld, or earth. It is both; the worlds are in fact one fictional setting.

In the classic The Lion, The Witch, and the Wardrobe, real earth gets short shrift; the action is nearly all beyond the portal. Heroes Die is as much about earth as it is about Overworld; in fact the main plot spans the two worlds, tying them together in a way the reader cannot cut apart. 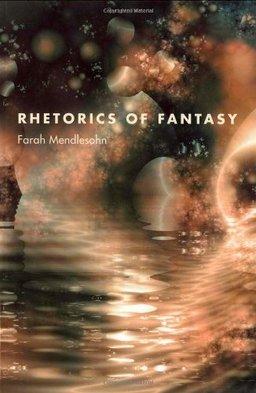 Michaelson’s main foe? The studio boss who endangered his estranged wife, the actor Shanna Leighton Michaelson who plays an iconic wizard/thief named Pallas Ril. Michaelson can’t use Caine’s tactics on earth: he can’t simply murder studio boss Kollberg. Michaelson must maneuver politically to make it possible for his actions as Caine on Overworld to beat Kollberg back on earth. Of course, to do so he must also beat several foes on Overworld.

Readers who skim the “earth” portions of Heroes Die to get to the “good stuff” in the fantasy milieu miss the point: this isn’t a portal fantasy where all the good stuff happens in the other world. This novel brings home — uncomfortably close to home — several dichotomies of our enjoyment of fantasy literature. Especially the good old stuff, with plenty of action. Y’know, Sword play. Sorcery. Sword & Sorcery, you might say. Hey, what a great phrase.

If we must use Mendelsohn as a yardstick — or a meter-stick, as she’s a Brit, and uses metric — let’s try the Immersive Fantasy on for size:

The immersive fantasy invites us to share not merely a world, but a set of assumptions. At its best, it presents the fantastic without comment as the norm both for the protagonists and for the reader: we sit on the protagonist’s shoulder and while we have access to their eyes and ears, we are not provided with an explanatory narrative. The immersive fantasy is that which is closest to science fiction, and as such, it makes use of an irony of mimesis, which helps to explain why a sufficiently effective immersive fantasy may be indistinguishable from science fiction: once the fantastic becomes assumed, it acquires a scientific cohesion all of its own.

Stover provides some ordinary narrative fill-in to explain the world. For example, the opening of the novel features Michaelson replaying a key adventure from his past, using sketchy equipment. This gives Stover a chance to show the reader the caste system — Michaelson’s patron is a Businessman, higher in caste than an actor, a Professional, while a house servant Michaelson encounters later is merely a Laborer. Of course, it also vividly introduces the concept of Overworld, and how actors adventure there for the benefit of those back on earth. 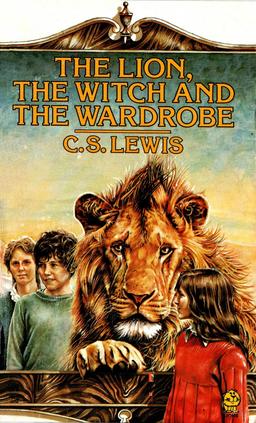 Before one assumes Heroes Die represents boring old Science Fiction (gasp!), note the further hybridities in the text. The novel feels noirish. Caine operates much like a 1930’s detective: under pressure, in the dark, and out for blood.

But the Main Show, the act in the Big Top, the one for which the crowd hushes and the spotlight nails a guy in a grubby tux in an razor sharp circle of light, is Stover’s genius deconstruction of heroic fantasy. One key to this? Last blog’s term of enlightenment “murder hobo.” By re-understanding the common arc of the fantasy role-playing hero as that of a savage and homeless killer — all in good fun — we also unlock the larger message of Heroes Die.

Heroes die and the blame belongs to us. Us. We readers, we in the audience thrilling to Caine’s every travail, every victory. For the Campbellian hero who seeks victory, godhood, and a return to his (just his, because Campbell was Campbell) community with some boon provides not just the boon but the story. And in fine post-modern fashion Stover breaks the rules and illustrates how an audience’s needs push the envelope ever wider.

So wide, in Caine’s case, that Michaelson seeks to better himself by no longer being Caine. Caine, a ruthless killer, has through the machinations of Kollberg been present at the majority of significant historical events on Overworld for decades. His influence brings few boons to the people of Overworld. Death, civil war, misery: all for the enjoyment of his earth-bound audience. Caine, made famous by his exploits, is Michaelson, abandoned by his wife, who cannot abide his cold-hearted killer’s self.

Michaelson/Caine’s primary character arc is redemptive: he seeks a better self. To get there he must embrace his violent past, carry it forward. He betrays friendships, faces death, and does all this in the finest narrative style he can muster.

The Soliloquy — the tiny motions of tongue and throat that the translation protocol transformed into quasi-thoughtlike internal monologue — would ordinarily fade behind the screen of hypnotics that would drip into the bloodstream of a first-hander until it became indistinguishable from actual thought….

To be clear, then: Hari Michaelson is an actor who travels from a dystopian earth to fantasy-rich Overworld. There he schemes and fights and schemes and fights, making decisions according to a lifetime’s experience with earthly storytelling, all the while providing a narrative that supports the physical enacting of such tropes and themes with an (often noir-like) commentary. 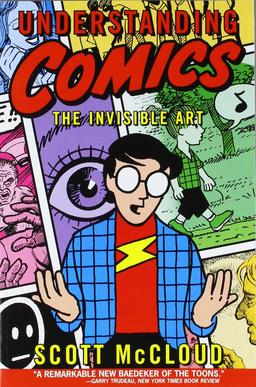 No, sorry. Did you hear what I said? No, sorry again. As Scott McCloud cleverly points out in Understanding Comics, you didn’t hear a thing.

Actually, we readers read about Michaelson, an actor in a dystopian earth society that relies on exploiting Overworld for entertainment. Stover provides a ripping good yarn for Michaelson, great cover for the unpacking job Stover does on the very fabric of hero-ness. Heroes Die, but Caine doesn’t.

That heroes die is your fault, though, and here’s why: readers expect too much of the hero today. Audiences want more, always more. The first Fast & Furious film featured some hot car chases. The seventh? Cars launched from a cargo plane.

Caine wounds and maims and slays with controlled abandon throughout Overworld. He must not simply be heroic, must not simply kill those who oppose him like any hero does, he must push the envelope, kill more, and more violently, than the time before. This is your fault, our fault. For wanting more, always more.

Lucky for us Heroes Die is just fiction. No actual people had their throats slit, gizzards punctured, larynxes crushed for our entertainment. So that’s ok.

More next time on the stuff Stover “sneaks” in while Michaelson/Caine solves for X, where X=saving the girl (his wife). The complex problem on the other side of the equals sign includes a lot of lovely Swords & Sorcery stuff, so it is well worth it. See you then!