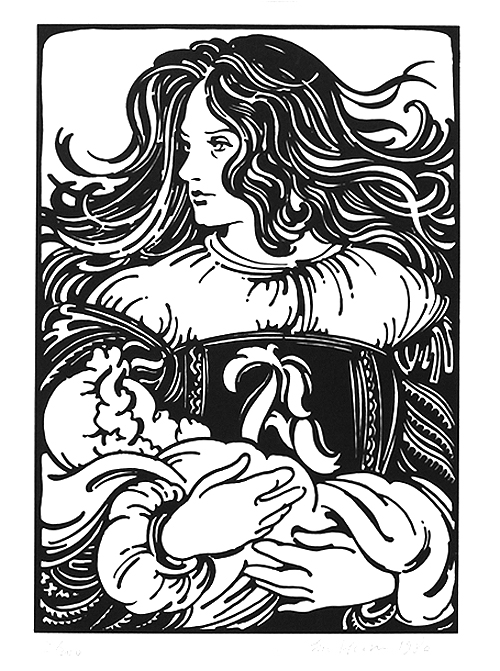 What a book to assign to high school students! The plot plods, the characters wallow, the ending claims to be happy but is, in most readers’ experience, a huge downer. The book manifests many forms of excellence, too, but it’s simply the wrong book for high school, and it’s part of a canon of eat-your-brussels-sprouts literature that notoriously turns boys off from reading in general.

Fortunately, I have discovered a secret reading protocol that takes some of the sting out of Hawthorne.

American teenagers will probably be stuck with The Scarlet Letter for many generations to come, for several reasons. One good reason: It offers insights into both the Puritan world of its characters and the mid-nineteenth-century world of its author–it’s a sort of curricular three-for-one bargain. Another good reason: Nathaniel Hawthorne was an immensely important author, with an influence that galvanized both contemporaries like Poe and Melville and generations of authors since. (It bears noting that a small minority of readers actually like The Scarlet Letter. Maybe some of them will come visit our comment thread and offer other perspectives. That would be cool.) However, not all the biggest reasons are so, well, reasonable.

Crappy Reason 1: Everybody who trains for certification to teach high school English is required to write lesson plans for The Scarlet Letter, so they’ll have a unit to run with, no matter where in the country they get a job. This means when you study The Scarlet Letter, even if your teacher is a veteran by then, you may be  getting a unit s/he wrote as a college sophomore. The chicken-and-egg flipside of this phenomenon is that, because almost any certified English teacher has already been required to prepare a lesson plan for The Scarlet Letter, school districts regard it as safer to put on required reading lists than other classics that would require more fresh preparation on the part of their already overworked faculty.

Crappy Reason 2: If your poor English teacher had to suffer through The Scarlet Letter when s/he was in high school, and then again in college literature classes, and then a third time in education classes, that book may come to seem as inevitable as death and taxes. Cognitive dissonance may set in, too: I was made to suffer my way through preparing to teach this book, therefore the book must be appropriate and worthwhile to teach.

But you came here for my secret reading protocol, my survival plan, so let’s get on with that.

Read The Scarlet Letter as a failed fantasy novel.

It’s not even all that farfetched. Hawthorne wrote ghost stories, some of them enduring classics of psychological horror. “Rappaccini’s Daughter” has aged pretty well with its science fiction what-if. The Scarlet Letter has supernatural elements, too–just not nearly enough of them. 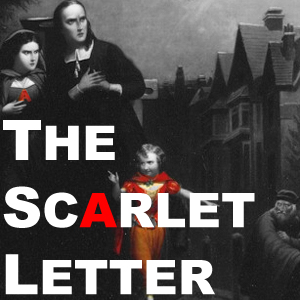 Okay, there’s the low-hanging fruit, like that scene when Dimmesdale stands on the scaffold in the middle of the night with Hester Prynne and Pearl. He tells Pearl that he won’t stand with them to accept judgment for his sin before his community by the light of noon, but he will stand with them before the throne of God on Judgment Day. At the end of that chapter, we learn that people in the town saw a huge red letter A glowing in the sky that night. And of course there’s the scarlet letter that appears as a sort of reverse-miracle stigmata on Dimmesdale’s chest in his death scene.

What Hawthorne needed was Steven Brust’s Cool Stuff Theory of Literature, which states that “all literature consists of whatever the writer thinks is cool, and the reader will enjoy the work to the degree that the reader and writer agree about what’s cool — and this functions all the way from the external trappings to deepest level of theme and to the way the writer uses words.”

Now let us imagine that we can sit Hawthorne down over coffee and manuscripts for three hours and help him turn this dreary old magnum opus into a pulp masterpiece. As one of my students said tonight when I helped him piece together, sentence by sentence, that Roger Chillingworth is secretly Hester Prynne’s husband, and that Chillingworth then dedicates his life to revenge, “What this book needs is more bar fights.” It’s almost cool, if you’re an adult reader with a subtle turn of mind, that Hawthorne goes through several pages of talking about how Chillingworth is Hester’s husband without ever using words like husband or married, or even adultery. It’s kind of cool that Chillingworth’s plan for revenge is introduced without any mention of the word revenge. Hawthorne will wave the giant don’t-miss-it flag and say outright that Pearl is a symbol, but he makes the weirdest choices about when to be oblique. Obliqueness about how a middle-aged married character thinks about the failure of his marriage may be cool to an adult reader, but to a single teenager, it’s almost untranslatable.

A reviewer or scholar owes it to a work under study to consider what the author was attempting, and to assess the work first by that standard. If you are a high school student, and you as a reader disagree with a writer about what’s cool, you may not put the book aside to try it again in ten years, or not, as you please. You read and write under conditions of duress, so you are entitled to whatever private reading protocol keeps you from losing your mind. You don’t regard the same things as cool that Hawthorne manifestly did when he wrote The Scarlet Letter? Rewrite it as you read. Nobody needs to know you’re making your own mash-up edition in your head. 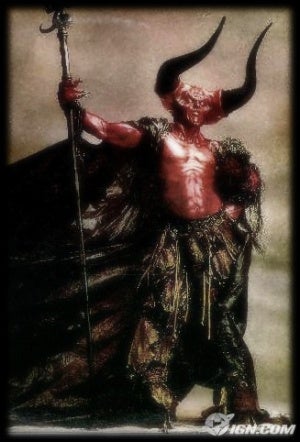 Hawthorne was capable of coolness by the standards of modern genre geeks, so it is possible to imagine a version of The Scarlet Letter that would take a few of the figurative bits and make them literal:

Ever and anon, too, there came a glare of red light out of his eyes, as if the old man’s soul were on fire, and kept on smouldering duskily within his breast, until, by some puff of passion, it was blown into a momentary flame. This he repressed as speedily as possible, and strove to look as if nothing of the kind had happened.

In a word, old Roger Chillingworth was a striking evidence of man’s faculty of transforming himself into a devil, if he will only, for a reasonable space of time, undertake a devil’s office. This unhappy person had effected such a transformation by devoting himself, for seven years, to the constant analysis of a heart full of torture, and deriving his enjoyment thence, and adding fuel to those fiery tortures which he analyzed and gloated over.

So maybe what this book needs is more CGI special effects of diabolical shapeshifting, if that’s what floats your boat.

Alternatively, if you either love or hate those paranormal romances in which a heroine is torn between two potential partners, both of whom have supernatural abilities that could destroy her, the book is easy to improve according to your inclinations, whether romantic or satirical. The Twilight saga isn’t my cup of tea, but recasting Dimmesdale and Chillingworth as Stephanie Meyer’s werewolf and vampire leading men in a ruthless parody has cracked me up enough to get me through revisiting Hester Prynne. Students aren’t the only ones who can suffer from a Cool Stuff disjunction.

Once you start imagining The Scarlet Letter as a failed fantasy novel, it’s not that hard to imagine it as a successful one, whatever that might mean to you.

No doubt Hawthorne will shortly be recast as THE SCARLET A – WITH ZOMBIES, a la poor Jane Austen (whom I quite enjoy). Hawthorne, however, needs more than brilliant lesson plans. While his short fiction seems to me to be deft and downright scary (“Young Goodman Brown” springs to mind), his longer fictions creak like a mariner’s doldrum-stuck ship. One of the worst reading experiences of my life was HOUSE OF SEVEN GABLES. But I appreciate knowing that the reason I had to slog through the molasses-like pace of SCARLET A––yes, while in high school––was that it was essentially assigned by teachers for teachers. I had no idea. What year did this debacle start, do you know?

And to think, we could have been reading CATCH-22, LORD OF THE FLIES, or Bradbury. Sigh.

I to had to read the Scarlet Letter my sophomore year of high school. But my freshman year i didn’t know how lucky i was.

The two books i had to read for my summer reading my freshman year were Ender’s Game and Flowers for Algernon.

While i found flowers for Algernon to be very disturbing as a 14 year old, I loved Ender’s Game.

I didn’t know how lucky i was until years down the road. Or that this teacher is the one of the reasons i read so much today.

Mark, I don’t know when the debacle started, but it was already thoroughly entrenched in the late 80’s and early 90’s, when I was an undergrad. My education professor apologized for the necessity, but he explained the necessity of having a lesson plan you could roll with at any job already in one’s files at graduation. Ultimately I went to grad school to teach at the college level, and never did get a public high school teaching gig, so I never had occasion to test his theory.

The Bradbury was well taught, though. I seem to recall a unit about setting, with stories in several genres and totally different moods, with “All Summer in a Day” for SF.

Glenn, I think there’s a deep suspicion of books that are fun. Joy is acceptable, but fun probably involves subversion of some kind. Schoolfolk are very picky about which forms of subversion they want literature to endorse.

A lot of my reading choices can be traced back to the librarian at the school where I was in 5th grade. She came to class and gave a presentation on science fiction and fantasy as escapist genres, stating outright that this was a virtue. I read every book she mentioned, and kept going with all the authors at the public library when I’d exhausted the school library’s holdings. Le Guin and McCaffrey are the only ones I remember, but they made a fine start.

[…] Tim Tebow’s memoir in the face, trying to stretch my taste to meet the kid’s. I suspect my Scarlet Letter trick would break down if I tried to read a football memoir as a failed fantasy […]

[…] Teaching and fantasy literature: How to use your Proud Geek Heritage to Survive the Scarlet Letter […]