It’s been over a year since we first got a peek at an upcoming zombie-killing, gaming extravaganza entitled Dying Light.  Back in August, 2013, Dying Light’s creators Techland hinted that the game would be released in all formats somewhere around May, 2014.

Several months (and delays) later, we finally have a firm date of January 27, 2015 and a lot has changed – not the least of which appears to be the angle of the storyline, though officially the delays were due to the extreme complexity of development.

A year ago we were told this:

When I got a look at the latest story trailer I first thought I was seeing an ad for another Grand Theft Auto until I realized this was indeed Dying Light.  The game is also only being released for the PC, PS4 and Xbox One, leaving out the Xbox 360 and the PS3… probably due to the graphics requirements of the game’s “open world” format. 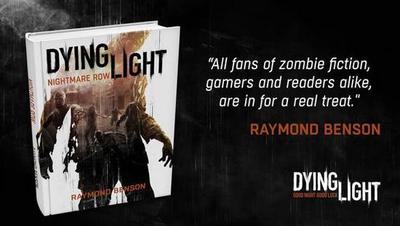 Now comes word that Techland will also be releasing Dying Light: Nightmare Row, a novel that will serve as a prequel to the Dying Light storyline.

The novel will follow Mel Wyatt, an 18 year-old who gets trapped in the city of Harran when an outbreak starts turning people into monsters. With a quarantine isolating the city from the outside world, Wyatt must do what he can so he and his younger brother Paul can survive.

I’d always wanted to try my hand at a zombie-genre tale and this gave me the perfect opportunity. The folks at Techland created a rich and intriguingly bleak setting for the game, so that gave me a wonderful and creepy world in which to play around. 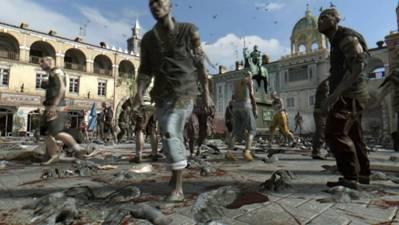 No word on a price or release date yet, but with the game hitting store shelves this month, it seems unlikely the book will arrive before (though cover art is already available).  Also, the book seems more in line with the original game storyline, so I’m back to being excited to give Dying Light a test run.

Given the popularity of zombies I smell the beginning of a significant gaming franchise, especially if Techland continues to push the technology envelop and Benson pens a good tale.

Now the only thing that could make this more perfect is if Chicago got landed with road-blocking snowstorm on January 28th.

Okay gamers – what’s your take?  Is Dying Light going to change up the genre or is it already too late to catch up to Alien: Isolation?  Post a comment or drop a note to sue@blackgate.com.