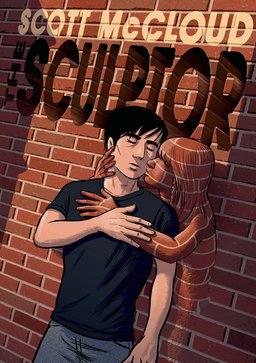 Scott McCloud is one of my all-time favorite comic creators.

Zot! is a pretty simple story. It’s about a boy with a rocket pack and a blaster, living in a futuristic version of the 1960s, who accidentally stumbles into our dark, gritty, and sometimes bleak world. It’s a kid’s comic, for sure, and a superb one, filled with a lot of action, great characters, fabulous villains, and laugh-out-loud humor. I’ve read thousands of comics since I set down the last issue of Zot! in 1990, many of them excellent, but I can’t recall a single one with the same joyous sense of fun and madcap love of the medium. Just ask everyone who sent in letters (pre-Internet!) to vote on which character should get a pie in the face in issue #27.

McCloud had substantial success with his groundbreaking books on the comic medium, Understanding Comics (1994) and Reinventing Comics (2000). But his fans have been waiting over a decade for him to return to comics as a storyteller, and the long wait is finally over. His first work of adult fiction, The Sculptor is a complete, self-contained graphic novel of love, loss… and a deal with Death.

David Smith is giving his life for his art — literally. Thanks to a deal with Death, the young sculptor gets his childhood wish: to sculpt anything he can imagine with his bare hands. But now that he only has 200 days to live, deciding what to create is harder than he thought, and discovering the love of his life at the 11th hour isn’t making it any easier!

The Sculptor will be published by First Second on February 3, 2015. It is 490 pages, priced at $29.99 in hardcover. No digital edition has been announced.