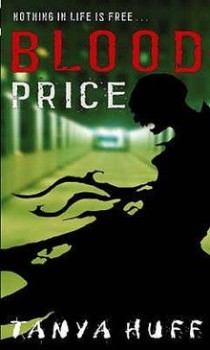 Last time I talked about writing a series and how there can be other things, besides how a character ages – or whether they age at all – that can complicate things for the writer. I mentioned the type of detail that can catch a writer flat-footed in a contradiction or even a simple change, which likely occurred because the writer, unlike the reader, didn’t write all of the books in one sitting.

Even when a writer does write all the books of a series in one sitting (which is to say, one after another) it can still be tricky. Some people keep extensive and detailed charts on the things that they’ve said about each character, for example. For us Fantasy and SF writers, that might also include what we’ve said about magic systems, technological differences from our own society, and basic socio-political infrastructures. And when it comes to the characters themselves, every writer of a series has to keep track of not only details like hair colour, eye colour, and clothing preference, but family relationships, education, and training. You may need to remember that casually mentioned cousin in the military or that aunt in the sorcerer’s guild.

In fact, it can be those “casual mentions,” things that somehow supply the right touch of verisimilitude at the time, that can come back and haunt you two or three books down the line. When you think about it, it’s no wonder so many main characters are orphans.

And it’s not just main characters. After all, minor characters in Book One can reappear in Book Seven in more important roles. Can you be sure you remember what you said about them?

Some writers keep these “bibles” on all their books, even those not expected to turn into series, just to keep the details straight as they write. (Though can you imagine George RR Martin trying to keep all the details of his series in his head? And what if, like Martin, there should be a gap of years between one book and the next?) Some writers create these “bibles” only once they’re several books into a series – or they have an assistant create one for them. 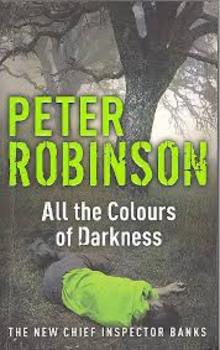 Writers have different responses to the problem of changed details when it’s brought to their attention, something that’s more likely to happen now than it was in the time of, say, Sherlock Holmes. Sometimes a detail gets changed because, as I’ve suggested, the writer didn’t notice. Often, the writer “fixes” that detail in later editions of the work, if the opportunity arises. Sometimes, however, the writer has a different approach.

Early in Peter Robinson’s Inspector Banks series, for example, it’s mentioned that Banks has a younger brother, his only sibling. In a much later book, when the character finally makes an appearance, he’s turned into an older brother. When this was called to Robinson’s attention, his response was, and I’m paraphrasing a little, “This is fiction people.” And Robinson’s not the only author to decide to simply ignore inconvenient details.

Devotees of Sherlock Holmes run into this kind of situation all the time. There are myriad inconsistencies that people have discovered, or claimed to have discovered, in the canon. They keep the Baker Street Irregulars and other, less organized, fans the world over busy explaining them away. Conan Doyle never bothered, of course. In a manner of speaking, and for the most part, he wrote every Holmes story as though it stood alone.

If this happens more often in mystery/crime writing than it does in Fantasy and SF, keep in mind that there are many more series in that genre than there are in ours, many that have been in existence for much longer, and, as I said last time, they’ve been doing this longer than we have.

Don’t get me wrong, there are advantages to writing a series as well. Sure, you have to watch your details, but you don’t have to invent a completely different complex imaginary world every time you sit down to write a new book. You don’t have to come up with different characters, you just have to remember what you said about them.

Violette Malan is the author of the Dhulyn and Parno series of sword and sorcery adventures, as well as the Mirror Lands series of primary world fantasies. As VM Escalada, she writes the soon-to-be released Halls of Law series. Visit her website:www.violettemalan.com.