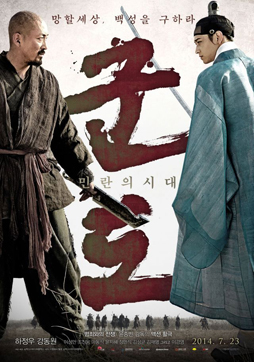 I closed out this year’s Fantasia film festival with a movie on Wednesday and another on Thursday. Together they seemed to say something about the festival, in that they had virtually nothing in common. They’re from different countries, they’re different genres of film, they have wildly different budgets — and yet somehow they both seem to belong at Fantasia. Unsurprisingly, one played the big Hall Theater, while the other screened at the small De Sève.

The first was Kundo: Age of the Rampant, a Korean period adventure movie set in the late Joseon Dynasty. It’s a box-office sensation in Korea, where it outdrew the opening of Guardians of the Galaxy. Then last night I saw my last Fantasia film of the year, The Midnight Swim. It has touches of horror, but I think is really an artful fantasy about three sisters coping with their mother’s death. It was a very strong work, and a great note on which to end Fantasia.

But let’s first look at Kundo. Directed by Yoon Jong-bin, it was written by Yoon and Jeon Cheol-hung. In the late nineteenth century, crops are failing and starvation looms, exacerbated by corrupt officials and greedy nobles. But a group of outlaws give hope to the people as they rob from the rich and give to the poor (and indeed among those outlaws there is a very strong man, one woman, and a monk; so for some of us this is not entirely unfamiliar narrative territory). A young butcher, Dolmuchi (Ha Jung-woo) joins up with the bandits when he refuses to take part in a political intrigue, resulting in agents of a nobleman’s bastard (Jo-Yoon, played by Kang Dong-won) killing his family. There’s a nation to be saved and revenge to be had. 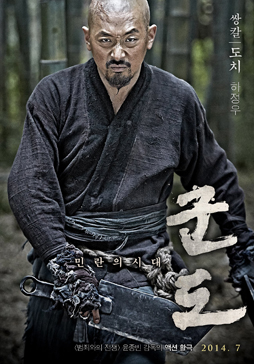 Yoon Jong-bin has said that he aimed at “entertainment” with this picture, and that’s about what you’re likely to get. There are heroes, villains, swordfights, dick jokes, and a feel-good ending. I didn’t think it was as inventive or joyful as Huntresses, and it wasn’t as structurally inventive as The Fatal Encounter, but it was entertaining in its own right. The pacing was interesting, as Yoon interrupted the action at regular intervals to present detailed exposition; but even the exposition moved quickly, establishing the political situation that motivates the villain of the piece. Yoon also had specific goals with the battle scenes:

Personally, I’ve got a lot of beef against action films of late. During action scenes they get close up to the character and use hand-held methods. The cuts are also short, which means you don’t get to see how these characters fight.

We had the camera in a fixed position so that the action sequences could be seen clearly. Because Kang Dong-won is so tall, has great proportions and is an expert with a knife, we tried to go for long shots that help you see everything. That way, the elegance of the action could be captured.

And he also had something on his mind:

With Jo-yoon gone it was inevitable that someone would take his place. Unless the structure of society changes, the conflict between the rulers and the oppressed will persist. Just look at our history; that’s why the final battle between Jo-yoon and Dol-chi is so sad. The film also has a lot of sunsets, which were symbolic of a hope that such an age would come to an end. 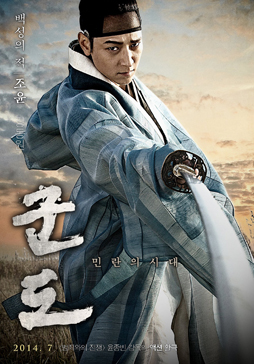 The sunsets actually seem to serve another purpose. In that same interview Yoon spoke of being influenced by Westerns; you can hear that in the soundtrack choices — and see it in the final shot of the movie, as the surviving heroes literally ride off into the sunset. The concern with social change comes out in the depiction of the heroes, I suppose, who at one point speak of founding a new world. It’s not the most obvious statement in the world, but neither is it completely invisible.

The film’s particularly effective in its presentation of its villain. Jo-Yoon is almost a force of nature, killing men left and right throughout the film. He’s wicked, cruel, and powerful enough to stand against a whole clan of heroes. In a sense, he may come alive too well; Yong speaks in the interview I quoted from above about Jo-Yoon’s reluctance to cross a certain moral line, but watching the movie I found no reason to think he’d hesitate. I’m not saying Yong’s conception doesn’t make sense, I’m saying that to me I didn’t see it from the action on screen.

Kundo is a decent action movie. It’s grim, but not relentlessly so. To a North American audience it’s impossible not to think of Robin Hood while watching it, but it’s far from the worst Robin Hood I’ve ever seen (I’ll go with the Kevin Costner version for that, I think). It’s a movie that does just about what it wants. 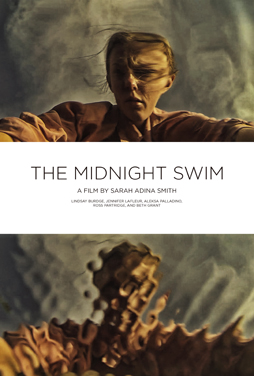 The Midnight Swim is something different. Directed by Sarah Adina Smith from her own script (with additional dialogue by the actors, according to the closing credits), it starts with three sisters — or, as we later learn, half-sisters — travelling together to the home of their mother, who has recently died. One of the sisters is obsessed with her digital camera, and records everything she sees. The movie’s constructed out of her work, but this isn’t exactly another found-footage film; as I read the conclusion, it’s actually about a unity of camera and artist.

The house to which they’re journeying is on the shores of Spirit Lake, a deep lake in which their mother drowned. Her body has still not been recovered. The sisters must decide what to do with the house, as they meet old friends and quarrel among themselves and retell stories their mother told them when they were girls.

The movie had its world premiere earlier in the festival, and I’m happy a showing was added on the last day of Fantasia; I’m happy I got to see it. It’s beautifully constructed, building through the discussions and debates of the sisters. And through their fables and songs. There’s a very folk-tale aspect to the film. There’s a gentle horror here, but also a spiritual fantasy. A tale told early, before the sisters arrive at the house, becomes the key to understanding the final swim of the title. 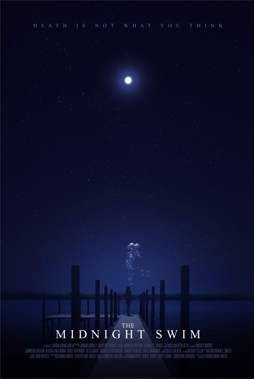 It’s a touching, allusive work of cinema, bringing in legends of the Pleiades, a sense of environmental consciousness, and Wordsworth’s “Intimations of Immortality” ode. The deep waters of Spirit Lake come to stand for the amniotic fluids of the womb; it’s no coincidence the story deals with three sisters and their mother. The movie successfully creates a feeling of timelessness and of myth.

The acting is phenomenal. All of the main actors — Lindsay Burdge as the young photographer June, Aleksa Palladino as the middle sister and free spirit Isa, and Jennifer Lafleur as Annie who has suffered a miscarriage and separated from her husband — seem immersed in their roles. It’s a short film, but the sense of character they evoke is powerful and profound: you feel you know these people, that you understand them. They feel like a family, like sisters awkward around each other, like people who have too much water under their respective bridges. And yet by the end of the movie June in particular has gone beyond the merely comprehensible, beyond the familial. She dares something significant. 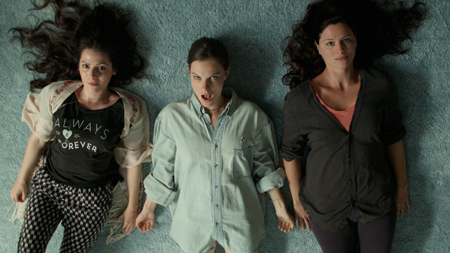 The Midnight Swim is a deeply contemplative movie. Smith has talked about how she hoped to “hypnotize” the audience, and I do think that will determine how you react to the film: whether you fall under its spell. I find it captivating, and a wonderful example of the breadth of the fantastic. It’s an excellent film, and made a strong ending to this year’s Fantasia film festival.

[…] to New York are discussed here. I have a look at Kundo: Age of the Rampant and The Midnight Swim here. And my final look back at what I learned from the festival is […]