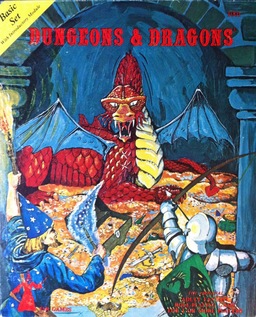 My loves for fantasy stories and RPGs (roleplaying games, not rocket-propelled grenades…) have been intertwined since I was a young child. I discovered them both at about the same time and have pursued both throughout my life.

I still remember the day I was in a hobby store with my family. I was eight years old and I saw this game in a blue box with a dragon on the front. It was called Dungeons and Dragons, which sounded pretty damned cool to me. I begged my father to buy it and he resisted, saying it was a game for college-age people, but I refused to relent. And so we went home with that box.

My father ran the game for my brother and I, and my memories of those initial adventures into goblin-infested dungeons still remain vivid and precious more than thirty years later. Soon, I was running D&D games for my friends, leading them into insidious dens of evil where they slew monsters and collected epic treasures.

At the same time, I was tearing through anything fantasy-related I could get my hands on. My father’s library didn’t have much fantasy, but his copy of Kothar and the Wizard-Slayer was the gateway to Robert E. Howard, Michael Moorcock, Fritz Leiber, and so many others. I was, admittedly, insatiable.

And it continues to this day. I still get together with a few friends every month or so to sit around the table and slay imaginary beasts. I’m quite fortunate that my wife is a gamer, too. (The family that slays orcs together, stays together.) We’re currently running a campaign in the Star Wars: Edge of the Empire system, and I’ve already pre-ordered the newest edition of Dungeons and Dragons in anticipation of the many hours of enjoyment it will bring.

So what do roleplaying games do for us? 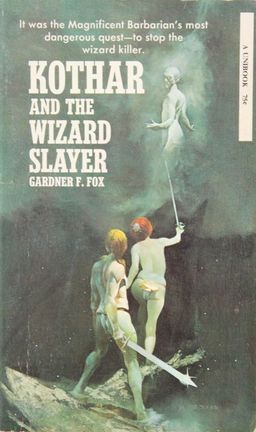 Of course, at the most basic level, they are entertainment. While it’s fun to sit back and watch an adventure movie or television show, sometimes you want something more interactive. You want to have some control over the decisions and possibly the outcome.

Roleplaying is also a mental exercise, using your imagination to “see” an interactive fictional world. Not everyone is comfortable with this sort of “make believe” at first, but I’ve found that just about anyone who gives it a chance goes away feeling it was an enjoyable experience. A lot of them come back for more.

In addition, playing group RPGs is a marvelous social practice. My friends eat, drink, and merrily pursue adventure together. Sure, sometimes one of us tries to betray the rest of the group and deliver our souls to some dark supernatural entity, but it’s all in fun. Personally, I’ve found that the people I game with tend to become my best friends.

As I said at the start, RPGs and fantasy reading always seemed interwoven to me. My love for one enhanced the other. And when I started writing with an eye toward publication, my first attempts were combinations of emulating my favorite books and building stories based on my roleplaying adventures. Those early efforts (which were never published, thankfully) were important stepping stones that led me to producing better work. So I credit three and a half decades of playing RPGs as a component of my writing background, almost as important as the hundreds of books read and the thousands of hours spent pecking at a keyboard.

Just like my lifelong addiction to reading, roleplaying games have added flavor to my life in ways I could never have imagined back when I was eight years old, standing in that hobby shop with that blue box in my hands. To those who create and publish RPGs, I am eternally grateful.