The Napoleonic era has always fascinated me for its visuals — the massive armies, the colorful costumes, and the sweeping scope of some of the battles. These terrible conflicts produced some of the finest military art in European history and I discovered a remarkable example of it when I visited Waterloo, Belgium, last week.

Preserved on the battlefield is a rare example of a panorama. A popular form of entertainment in the nineteenth and early twentieth centuries, these large paintings are now rare. They were usually of epic scenes such as battles or Biblical stories or famous cities, and would be placed on the inside of round buildings to provide a 360 degree viewing experience. Others were set up on stage and unrolled like a scroll in front of the audience, each part relating a sequence of the story.

The Waterloo panorama is set in a round building and is 110 meters long and 14 meters high. It was painted by Louis Dumoulin and his assistants in 1912, just as those newfangled moving pictures were beginning to make panoramas obsolete.

But there’s nothing obsolete about Dumoulin’s work. He boldly captured the sweep and color of the battle, including many key incidents such as the charge of Marshal Ney, the resistance of the British squares, and the approach of the Prussian troops.

In addition to the fine artwork, several tricks are used to lend some extra realism. The canvas is bowed in the center to add a three-dimensional feel, and the foreground is covered in dirt, equipment, and mannequins. A modern soundtrack adds cannon fire and shouting men. Our group lingered for a long time amid the scenes, feeling like we were being pulled into history. 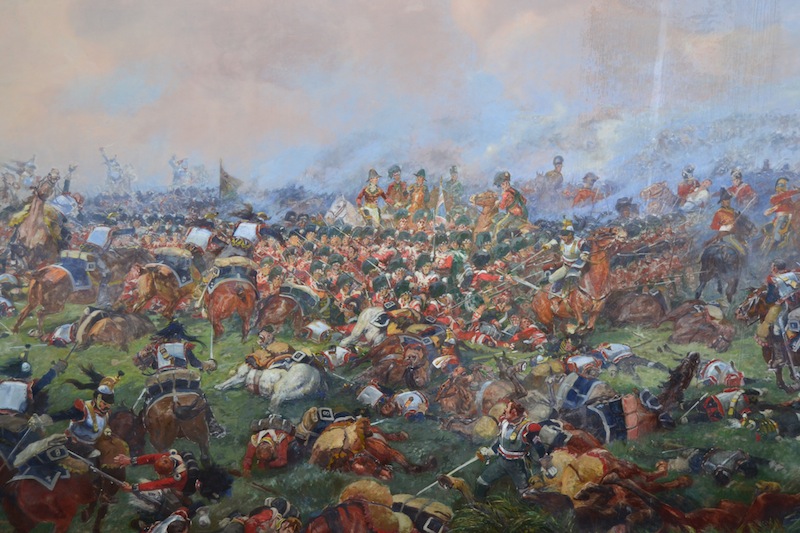 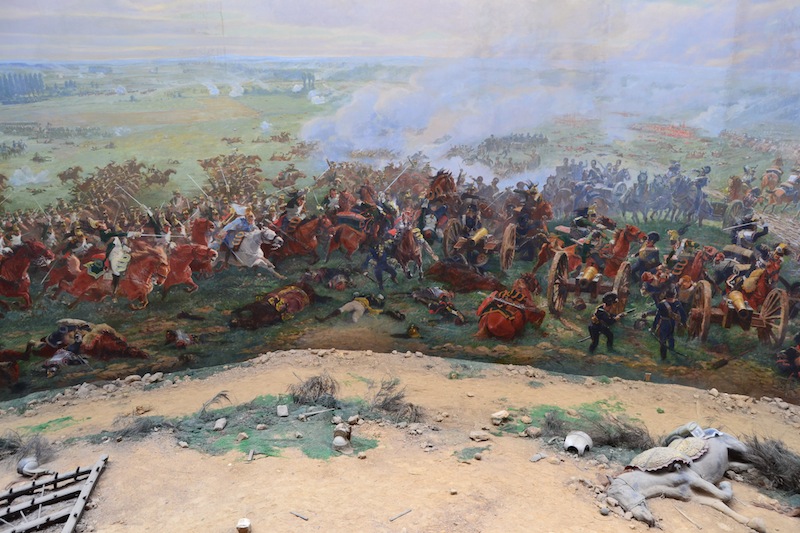 Sean McLachlan is a freelance travel and history writer. He is also the author of the historical fantasy novel A Fine Likeness, set in Civil War Missouri, and the post-apocalyptic thriller Radio Hope. His historical fantasy novella The Quintessence of Absence, was published by Black Gate. Find out more about him on his blog and Amazon author’s page.

All images copyright Sean McLachlan. This trip was supported by Visit Belgium. All opinions are my own.