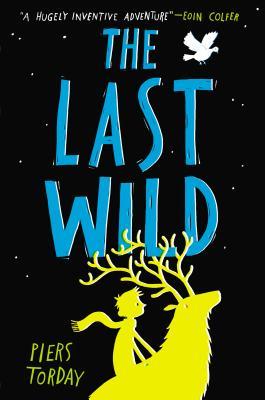 I don’t know much about this Piers Torday fellow. Not that there’s all that much to know — The Last Wild is his first novel, he lives in London, and is hard at work on additional adventures featuring Kester and Polly. Admit it — that’s all you need to know, too.

The Times has compared The Last Wild to Roald Dahl’s classic James and the Giant Peach – a pretty rousing endorsement. It looks like a quick, exciting, Middle-Grade read, and I think I’ll settle down with it later in the week. That is if my kids don’t steal it first.

In a world where animals no longer exist, twelve-year-old Kester Jaynes sometimes feels like he hardly exists either. Locked away in a home for troubled children, he’s told there’s something wrong with him. So when he meets a flock of talking pigeons and a bossy cockroach, Kester thinks he’s finally gone crazy. But the animals have something to say. And they need him. The pigeons fly Kester to a wild place where the last creatures in the land have survived. A wise stag needs Kester’s help, and together they must embark on a great journey, joined along the way by an overenthusiastic wolf cub, a military-trained cockroach, a mouse with a ritual for everything, and a stubborn girl named Polly. The animals saved Kester Jaynes. But can Kester save the animals?