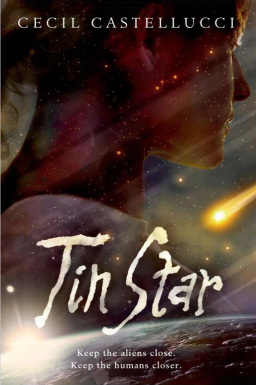 We tend to focus on fantasy here at Black Gate. Nothing against science fiction, but there are plenty of other sites that cover that ground pretty well.

Of course, the line between SF and fantasy gets blurred pretty quickly. Roger Zelazny’s Lord of Light is technically SF, for example, but we include it here because it’s pure-bred fantasy adventure with a science fiction reveal late in the text. Plus, it’s awesome. Most folks consider Star Wars SF, but we know it’s fantasy because it has light sabers, rancors, and a babe like Natalie Portman marrying a whiney kid ten years younger than she is. Admit it, that’s a big fat fantasy.

Which leads me to what I like to call the O’Neill Fantasy Inclusion Principle: if it’s set in the far future, there’s adventure and stuff, maybe alien monsters (especially monsters), it’s exciting like a fantasy novel, maybe there’s swords (or any cool weapons, really) and a spiffy alien planet or space station, Black Gate readers would like to know about it, and it’s past deadline and you don’t have any decent fantasy novels handy, or it has a cool cover, or if Ian McKellen, Johnny Depp, Jennifer Lawrence, Vin Diesel or Benedict Cumberbatch could conceivably be cast in the film version, then it’s practically fantasy. Q.E.D. Write that baby up.

In that spirit, I’d like to direct your attention to Tin Star by Cecil Castellucci, which has a gorgeous cover, a plucky heroine, a remote space station, and mysterious aliens. Frankly, I was sold the moment I saw the cover, but the space station is a definite plus.

On their way to start a new life, Tula and her family travel on the Prairie Rose, a colony ship headed to a planet in the outer reaches of the galaxy. All is going well until the ship makes a stop at a remote space station, the Yertina Feray, and the colonist’s leader, Brother Blue, beats Tula within an inch of her life. An alien, Heckleck, saves her and teaches her the ways of life on the space station.

When three humans crash land onto the station, Tula’s desire for escape becomes irresistible, and her desire for companionship becomes unavoidable. But just as Tula begins to concoct a plan to get off the space station and kill Brother Blue, everything goes awry, and suddenly romance is the farthest thing from her mind.