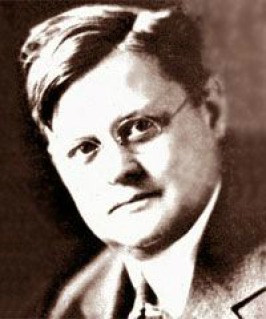 I’m a big proponent of taking note of literary anniversaries, particularly of the birthdays of authors of whom I am fond. January is chock full of such birthdays – J.R.R. Tolkien on January 3; Clark Ashton Smith on January 13; Edgar Allan Poe on January 19. Had my weekly blog slot fallen on one of those dates, I almost certainly would have taken the time to commemorate their births, since they’ve all exercised an unshakeable influence over my imagination.

As it happened, though, my slot this week didn’t fall on the birthdays of any writer of my acquaintance. Instead, it fell between the birthdays of two scribes whose memories I hold dear. Yesterday was the birthday of Abraham Merritt and tomorrow is that of Robert E. Howard. Over the years, I’ve written multiple celebrations of these men and their contributions, both to the world of letters and to my own life. I think this only just, given how much enjoyment Merritt and Howard have offered to me, despite being decades in the grave before my own birth (indeed, both died before the births of my parents). And so I shall continue my practice this year.

The difficulty, though, is in finding something new to say about these men that I have not said before. That’s a tall order and, whenever this time of year rolls around, I worry that I’ll simply repeat things I’ve said many times before. Perhaps that’s not an unworthy anxiety, especially since truths does not become less true if they are repeated often.  The truth is that Merritt and Howard have each, in their way, made me the man I am today and it’s difficult to conceive of a version of myself that had not discovered and devoured their works.

Just as true, though, is the fact that I first made their acquaintance thanks to Dungeons & Dragons – and it’s on this foundation that I shall build this year’s commemoration of these two titans of fantasy. 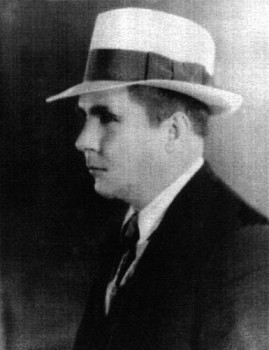 That that could happen at all is a testament to just how literary Dungeons & Dragons (and, by extension, much of the roleplaying hobby) still was back in the late ’70s and early ’80s. Granted, in those days, fantasy – at least of the sort that inspired Gary Gygax and Dave Arneson – was mostly confined to the pages of novels and (especially) short stories. The mainstream fantasy explosion we have today didn’t happen until after (and, I would argue, because of) the success of D&D, so, if you wanted inspiration for your characters and adventures and campaigns, you went to the library or the bookstore rather than to TV or movies or video games.

Even so, I still think it remarkable that, because Gygax was so forthcoming about the books that inspired him in the design and play of Dungeons & Dragons, a young kid like me was reading books and stories published in the 1930s and earlier. Tolkien was experiencing a renaissance of sorts just as roleplaying was getting off the ground, as was Howard (or the character of Conan at any rate), so it’s conceivable I would have read their tales eventually, even without Appendix N. But Abraham Merritt? The man is still fairly obscure today, despite the fact that that he was one of the most famous – and well-paid – journalists of his day, in addition to being a successful fiction writer, two of whose stories were adapted into movies during his lifetime.

Gygax cites three Merritt efforts in Appendix N: Creep, Shadow, Creep; The Moon Pool, and Dwellers in the Mirage. Of the three, The Moon Pool is my personal favorite, but all have much to recommend them. Merritt’s stories frequently involve lost, often subterranean, civilizations where sorcery and super-science from ancient days survives. This, combined with his weird, antediluvian monsters, makes it easy to see why he held such appeal for Gygax. The entire D-series of Advanced Dungeons & Dragons modules, in which the Drow and their demonic god-queen, Lolth, are introduced, strikes me as something Merritt could easily have imagined.

Howard’s influence over D&D is much easier to see. Conan is a quintessential D&D character: a rootless wanderer confident not only in his prodigious fighting ability but also in his pursuit of wealth and power. Nowadays, I might argue that Fritz Leiber’s Fafhrd and the Gray Mouser (whom Gygax also calls out for special note when he talks of the game’s literary antecedents) are more direct exemplars of early Dungeons & Dragons adventurers, but Conan nevertheless casts a long shadow. There’s something primal about the Cimmerian that makes him a far more likely inspiration for roleplayers than the Twain of Lankhmar.

So, on the occasion of their births, I raise a toast to these two fine authors. They live on through the words they penned, the characters they created, the yarns they spun, and, most of all, through the influence they’ve had over me as I have penned my own words, created my own characters, and spun my own yarns. My life has been immeasurably enriched by them both.

That really is a nice intersection. Now if we could just add Haggard and Burroughs …

REH and his influence are still going strong, of course, but I get the feeling that Merritt is pretty much a forgotten author. That’s too bad, because his best stuff (for me, The Ship of Ishtar and Dwellers In the Mirage – sorry, but I thought the Moon Pool reeealy creaked) is absolutley ripping.