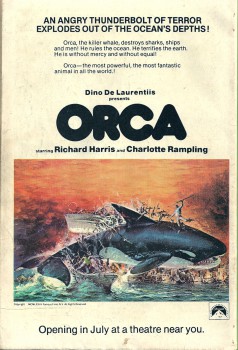 Several years ago, I handed my older son my pile of Avengers comics, a sequential trove dating from about 1976 until about 1985.

He read them eagerly, then threw them all over his room. I provided a storage bin and said, “If you want the privilege of reading these, treat them well.”

Message received. The comics, when not in use, lived happily in their bin.

He’s now re-reading them, out of order. He left a couple of them on his bed the other night, and rather than flip out –– “You’re grounded for life, plus I’m confiscating your cell phone! Oh, wait. You don’t have a cell phone. Hmm. Maybe I should confiscate my own cell phone?” –– I elected to simply remind him that my yesteryear treasures need to be treated well.

Then I forgot all about the reminder. I found myself hooked by the back cover of Avengers #164. It was an ad, of course –– what else would grace the back cover of a Marvel Comic? But what an ad, a movie poster extravaganza for (hold me back) Orca (1977).

With Richard Harris and Charlotte Rampling, no less. 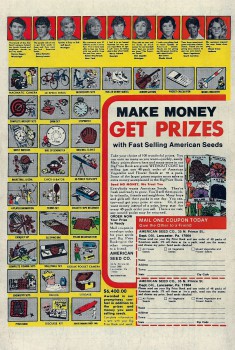 And then I got really curious. I opened the comic.

And look what I found! My history, written in yellowing, high-acid ads. All the things I thought I wanted when I was little; all the silly offerings that taught me, far better than any Bible or adult, the meaning of the words “greed” and “covetousness” and “obsession.”

Take a look for yourself, fantasy fans.

Does this mirror, on reflection, show your childhood as clearly as it does mine?

“We are what we eat,” claim the pundits (led by Anonymous, wisest of all Jedi), but as any devotee of economics will say, we are also quite surely defined by what we purchase.

My fascination with comics has long since departed (along with my youth, misspent and otherwise), and at this point nothing on these covers strikes me as worth owning, much less drooling over, with the possible exception of Orca, which I needn’t own to “enjoy” thanks to the wonders of streaming data.

After all, the rest of the cast includes Keenan Wynn (always reliable), Robert Carradine (of the vaunted Carradine dynasty), Will Sampson (what do you mean you’ve never seen One Flew Over the Cuckoo’s Nest?), and Bo Derek, who surely needs no introduction for anyone alive in 1979 and capable of counting to ten. 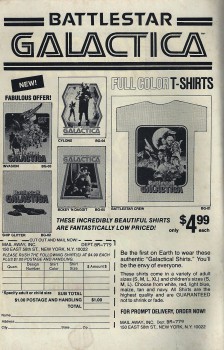 In general, fantasy and adventure are thought of, and justly so, as being pure experiences, a trick of the light for agile minds bent on living beyond our usual daily bounds. But that purity has its limits, and the many-tentacled beast of piggy-backing profit is never far from hand, as these images demonstrate.

Like a particular superhero? Great. Here’s something else you might respond to. Love that storyline? Fabulous! Come back for more next month –– and you know what, we’ll run that same ad then, too, as a not-so-subtle reminder of all the good-life things you could have… for as little as $4.99.

And of course, if I had only had the foresight to purchase one of those Battlestar Galactic t-shirts back in 1978, just think what I could have sold it for today.

Ah, yes. As Eric Idle once put it, and as the comic business clearly knew all along, “There is nothing quite as wonderful as money.” 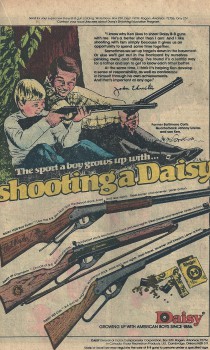 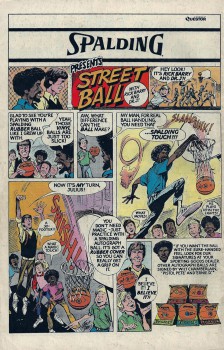 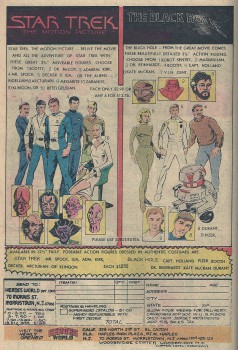 On the one hand I love the fact that I can get many things in trade collections or even online; on the other hand, I regret losing access not only to the ads (and why didn’t I ever get any beautifully-detailed 3 3/4″ Black Hole action figures?) but to the letters and other editorial content.