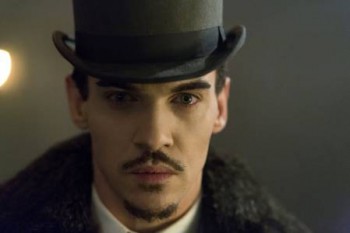 Give me one good reason why the world needs another retelling of Dracula.

I mean, haven’t we suffered enough? As it is, the mythology has been altered so many times to try and make something new out of it, that If Bram Stoker ever found out about Edward Cullen, he’s be spinning in his grave like a rotisserie ham.

On the other hand, it was probably only a matter of time before network television realized that there is a viewer appetite for old fashioned violence and sexy blood drinking, and why the heck should HBO have all the fun with True Blood anyway?

NBC is launching a Dracula mini-series this fall which will actually take place in 1890s London (as opposed to trying to modernize the story). In this telling, Dracula has assumed the identity of an American entrepreneur with aspirations of bringing modern science and technology to Victorian society.

This is all a ruse of course, as Dracula’s true endeavor is the pursuit of revenge against humankind after it nearly destroyed him centuries earlier. The only thing that may spoil his plans for vengeance is the comely young lass he’s recently fallen in love with – who may also be the reincarnation of his dead wife. 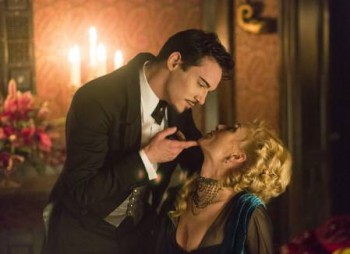 This description immediately brings to mind visions of steam punk-y mechanisms and their effect on a society perhaps ill-equipped to handle a rapid infusion of technology to people’s lives. From the trailer, it appears that Dracula is not only enthralling for the obvious reasons, but also magical in a Telsa sort of way.

The production, which has been filming in Budapest since February, also stars Thomas Kretschmann (King Kong, Wanted) as the vampire hunter Van Helsing, Oliver Jackson-Cohen (The Raven, Going the Distance) as Jonathan Harker, and Nonso Anozie (Game of Thrones) playing Renfield.

And if the acting chops weren’t enough to get you salivating, the production creds are none too shabby either. Dracula will be produced by former 24 producer Tony Krantz, Collin Callender (the former president of HBO Films who knows a lot about successful video vampirism), and Downton Abbey producer Gareth Neame.

Dracula is slated to be unleashed in the coveted Friday night programming slot from 10 p.m.-11 p.m. EST beginning in September.

A steampunk Downton Abbey with a fang-wearing Jonathan Rhys Meyers?

But don’t take my word for it.  Have a look at the trailer and see what all the fuss is about.

So what do you think?  Willing to give it a go?  Post a comment or drop a line to sue@blackgate.com.

You know what would have made this better? Don’t have Dracula pose as an American inventor (what the heck?!). Have him pose as a Serbian inventor. An inventor named Tesla.