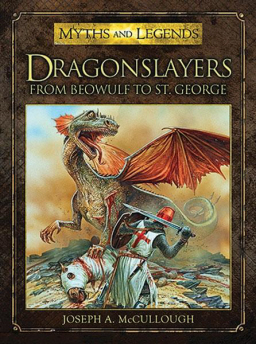 Joseph A. McCullough has been a behind-the-scenes contributor to Black Gate for over a decade. He has a superb story sense, and put it to work as a submissions reader for us for many years, sifting through hundreds of short stories and sending the most promising my way.

That story sense has served him well in other arenas as well. A decade ago, Joe wrote what many consider the definitive modern essay on S&S, “The Demarcation of Sword and Sorcery,” originally published at Howard Andrew Jones’s SwordAndSorcery.org, and prominently referenced in the Wikipedia definition of the genre. It was eventually reprinted here and quickly became one of the most popular articles we’ve ever published. For years it was the backbone of the BG blog, drawing thousands of readers every month.

Joe is a fine writer in his own right (just check out his terrific adventure story “Stand at Llieva” in Black Gate 5). He also has the enviable task of guiding a publishing imprint, as Project Manager for Osprey Adventures, an imprint of Osprey Publishing — which he wrote about here.

Joe is occasionally able to combine vocations, and has now published a total of five books through Osprey, including Zombies: A Hunter’s Guide. His latest release, Dragonslayers From Beowulf to St. George, is a gorgeously illustrated look at some of the most famous heroes of legend.

With its fiery breath, scaly armour, and baleful, malevolent stare, the dragon became the ultimate symbol of evil and corruption in European folklore and mythology. Often serving as a stand-in for Satan, or the power of evil gods, dragons spread death and hopelessness throughout the land. Only heroes of uncommon valour, courageousness, and purity could hope to battle these monsters and emerge victorious. Those that did became legends. They became dragonslayers.

The list of dragonslayers is small, but it is filled with great and legendary names. Hercules, Beowulf, Sigurd, and Saint George all battled to the death with dragons. Other heroes such as Cadmus, founder of the city of Thebes, Dieudonné de Gozon, the Knight of Rhodes, and the Russian warrior Dobrynya Nikitich might be less well known to western readers, but also fought and defeated dragons. This book retells the greatest legends of this select group of warriors, while examining the myth of the dragonslayer in historical, mythological, and even theological contexts.

Dragonslayers is illustrated in full color throughout by Peter Dennis; it also includes a wealth of historical art and stained glass reproductions. It’s part of the Myths and Legends line, which also includes The War of Horus and Set, and Jason and the Argonauts.

Dragonslayers From Beowulf to St. George was published in trade paperback on March 19 by Osprey Publishing. It is 80 pages in full color, priced at $17.95.