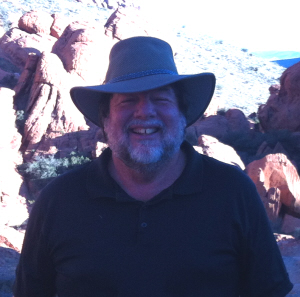 John Sherman has a gift… a gift that’s brought him to the attention of the wrong people. Getting out will take a lot of luck — and some very quick thinking.

John had never tamped anyone into the black before. He had seen Ronnie do it, twice. The first had been a young guy on a motorcycle, maybe nineteen or twenty. Veronica had tucked her long black hair behind her ears, then focused on the target. The kid had looked right at them, a puzzled look on his face, sweat suddenly pooling on his forehead, and then something had come out of the bed of a pickup heading the other way, something small and sharp that struck the kid squarely in his left eye.

For a second it seemed he would keep the bike from toppling, even as his hand flew to his face. Then he lost it, not even laying the bike down, a skid morphing into a tumble, and John thought or imagined he could hear his neck snap when he hit the pavement. Veronica, utterly calm, had looked at John, who was open mouthed and shaking.

“So now you’ve seen,” she’d said, and they had never spoken of it again.

David Evan Harris’s first fiction sale, “The Mudslinger,” was published in Black Gate 11. It was one of the most acclaimed stories in the issue, and Grasping For the Wind said, “Harris has the makings of an epic fantasy… I look forward to more.” He is a lawyer in California.

“Seeker of Fortune”  is a complete 7,300-word short story of contemporary fantasy. It is offered at no cost.

[…] Evan Harris, author of the acclaimed stories “The Mudslinger” and “Seeker of Fortune,” returns to our pages with the tale of a daring confrontation between the dread Baron Weller […]