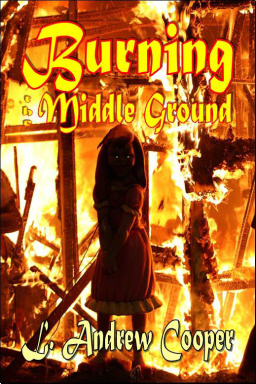 I’ve been continually impressed with the growing fantasy and dark fantasy/horror catalog from Dave Mattingly’s BlackWyrm Publishing. They first appeared on my radar in 2008 with unapologetically straightforward adventure fantasy novels such as Jason Walters’s The Vast White and Trevis Powell’s Albrim’s Curse. Their cover art was excellent, their production values were solid, and they clearly knew what they were doing. Independent sword-and-sorcery publishers are thin on the ground these days, especially those willing to take a chance of new authors, and their arrival was much celebrated in our offices.

I met Dave for the first time at Worldcon in Chicago, and I was glad to finally be able to shake his hand. He had an impressive booth just around the corner from ours in the Dealer’s room, and I was stunned when I set eyes on the complete BlackWyrm catalog for the first time: dozens of new fantasy titles from a host of exciting new authors, spread out in an eye-catching panorama. Dave handed me a copy of their newest release, Jason S. Walters’s fiction collection An Unforgiving Land, and I took it home determined to steal enough time to read it.

I should have known that the mighty BlackWyrm Publishing empire would move faster than I could. Long before I could put the finishing touches on a review, Dave had added no less than seven new publications to his resume, including the epic fantasy Witches by Georgia L. Jones, Andrew Toy’s dark fantasy The Man in the Box — and Andrew Cooper’s novel of modern horror Burning the Middle Ground, which arrived in my mail box this week.

Burning the Middle Ground is a tale of religious conspiracy and supernatural mind control in small-town America. Journalist Ronald Glassner is determined to write a book on the McCullough Tragedy, which began the day Brian McCullough came home from school to discover that his ten-year-old sister Fran had murdered their parents. But the more time Ronald spends in the small town of Kenning, Georgia, the more the mystery deepens… until he finds himself caught up in a struggle between two very different churches. When the town’s pets begin to go berserk and mutilated corpses begin to appear, Ronald realizes he’s stumbled on the story of his life.

Burning the Middle Ground by L. Andrew Cooper was published in trade paperback by BlackWyrm Publishing on Nov 30, 2012. It is 330 pages, priced at $15.95. It’s only the latest in a terrific line of titles from an exciting new publisher — do yourself a favor and check them out.