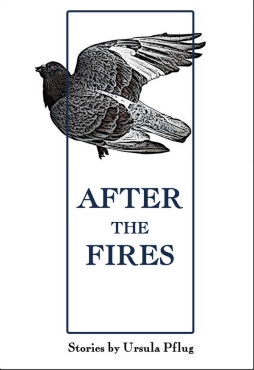 I don’t remember where I first came across Ursula Pflug’s name. I know I’d seen it mentioned in several places before I stumbled across a collection of her short stories, After the Fires, at a recent book sale. From what I’d heard, she was a Canadian writer of literary fantasy, which was enough for me to take a chance on the book. On the whole, I think that was a good call.

What I’ve since found out about Pflug, mostly from her website or her publisher’s: She’s been publishing short fiction since 1981, and has sold over fifty stories. After the Fire, published in 2008 by Tightrope Books, is her first collection. She has a novel out from Tesseract Books, 2001’s Green Music, and another, Thin Wednesday, now looking for a publisher. An editor and creative writing teacher, as well as an essayist and playwright, she was formerly on the board of SF Canada, the professional association of Canadian speculative fiction writers.

There are ten stories and a poem in After the Fires. I note that the first piece in the book, “Memory Lapse at the Waterfront,” was her first published story; it was made into a short film in 1986 which is viewable online. One of the other stories, “Python,” won a short fiction competition in 1997, but only saw print in 2003, in Jeff VanderMeer’s Album Zutique anthology of surrealist fiction — then was reprinted in Mapping the Beast, VanderMeer’s selection of the best stories from Album Zutique and the Leviathan anthologies. 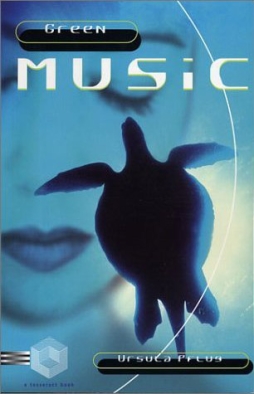 Overall, these are quiet tales, surreal, dreamlike, and often elliptical. Characters find themselves in strange places, and can remember their original mundane lives only with an effort, if at all. Still, there’s a clarity to the stories. Though filled with loss and despair, they often conclude with hope: they seem parables about seeking healing or wholeness, fables of fitting into place.

Pflug’s voice is calm and precise, not so much modulating between the fantastic and the everyday as making the two things part of a single homogeneous whole. For example, from perhaps the strongest story in the book, “Python,” a fable about a girl in her late teens navigating a strange New Orleans and having a kind of coming-of-age experience:

And so she begins to learn where she stops and the stream begins. Faith wants to cross the street to their bar, to sit somewhere familiar and comfortable where she can gather herself together. She puts the moon on the table. Big as a dinner plate, it shines faintly like blue metal. She makes a pin for it out of a fork, and uses it to keep her big black wool cloak pinned shut. The four return to the rosy “Moondance,” which turns out is also someone’s home. Passing through the first room, which has a dance floor and a DJ like any club, they enter a living room with couches and coffee tables. This room is occupied by club patrons but, farther back still, they find an unoccupied bedroom and library, and last, a kitchen. It is like following the passage of time from night to day, from the dream-state of revelry to the exterior onion layer of daylight domesticity. In the kitchen a tired-looking woman stands at the sink, wearing a bathrobe and brushing her teeth. She looks annoyed yet doesn’t speak. They quickly return to the dance room, with its mysterious rose coloured light, dense with secret desires, fallen moons.

There’s a kind of deliberate affectlessness to much of the prose, but it’s a tone that Pflug can modulate, allowing traces of asperity or wistfulness to subtly colour the scene. The rhythms of the prose are inventive; her ear is finely-tuned. 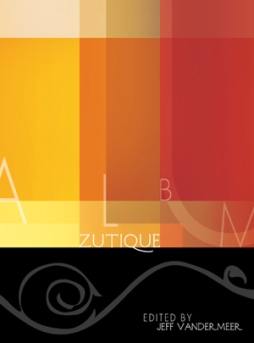 Still, if style is something at which these stories excel, the character work is less effective. The leads of the various stories are not particularly distinct. Dialogue is taut, if occasionally stagy, but the characters rarely take specific effective actions on their own, however minor; they rarely seem to make meaningful choices. The drama of the stories feels oddly muted, the structure not shaped by decisions rooted in specific personality. So optimistic endings feel, if not unearned, at least unnervingly pat. The shorter stories can make up for this by sheer stylistic skill, by unexpected and striking language use. Longer pieces, though, tend to lag.

What makes up for the absence of memorable characters is, I feel, a knack for depicting settings. I don’t mean that these are precisely-worked-out or intricately-detailed secondary worlds. I mean that Pflug’s style helps her build environments both subtly and freely, and there’s an apparently unfettered quality to her imagination that is bracing: you come to realise anything can happen, in these tales, and the world will be other than we expect. Expectations we didn’t know we had are upended.

One story is set in a world that seems to take the form of a massive apartment building or office tower, with crippled angels at the top and wars between levels. Another imagines a nameless city created by Nicola Tesla. Another begins with a hitchhiker being picked up by Horus driving a Camaro, and has reptilian intelligences possibly scheming to take over the earth as a subplot. There are astral travelers and ghosts and vampires, but not as one might expect; they’re not traditional genre creations, but familiar words that serve as consciously inadequate signs pointing to larger and stranger elements than we perhaps can understand. Paradoxically, this serves to restore power to the words, reminding us of just how transgressive and awe-ful these notions are. 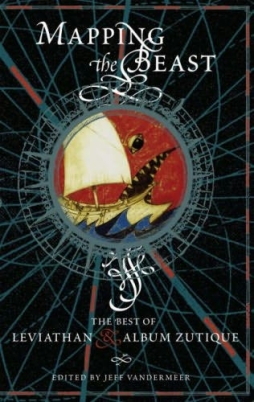 At the same time, the strangeness of the stories is introduced perfectly. The structures of the tales fuse with the weird ideas they contain; the surreality comes out in measured doses, working with the narrative and even moving the narrative forward in a way that the surreal typically avoids. You could say that these stories exist in a kind of liminal zone between the surreal and the fantastic — between the hallucinatory existing as pure imagery, and a world in which the unreal is easily codified. In a sense, if character seems rudimentary, that’s because it’s been displaced onto setting: what these worlds are, the way we experience them and come to learn them, effectively replaces traditional character development.

This, I think, is why in the end the stories succeed for me. Pflug uses form in a precisely apt manner, both the form of the short tale and the form of speculative fiction. These stories have to be what they are, or else they become something entirely different. It’s not just that Pflug selects her words carefully, building up her settings with well-chosen details; it’s that those details are so unexpected that not only do they imply more than they say, but also remind us that there may be other things we do not yet know that can again turn all we thought we understood on its head — and that this is a process possibly without end. Again, the world becomes a larger and stranger place than we thought.

So the stories are ultimately memorable, fascinating, because of the precision of language, and because the language briefly gets across the radical instability of fiction: in worlds constructed only of language, not of physics, anything can happen. There’s an awareness, then, of the creative power of the word. Most of these stories are about women, typically young women, finding their identities as writers, as creators of text, and also finding some kind of rewarding love or relationship. Collectively, there’s the sense of an engagement with language, with levels of narrative. It’s a distinctive element of a brief and strange collection. After the Fires is fascinating work, haunting and unfamiliar.