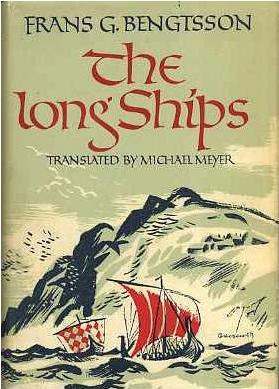 Brick and mortar bookstores are as rare as hen’s teeth these days, it seems, and that’s a shame. I enjoy the instantaneous convenience and enormous selection of Amazon and Abebooks, but there’s something about musty old bookstores that online shopping cannot replace. The tactile sensation of picking up books, the joy of utterly unexpected finds, and the atmosphere of a shop devoted to reading and book-selling, are experiences that online delivery mechanisms cannot replicate.

Yesterday, I found a wonderful bookstore that reminded me of the unique advantages and pleasures of the real over the virtual: Mansfield’s Books and More in Tilton, New Hampshire. Tilton is a town I had driven through numerous times without a cause to stop, outside of filling a gas tank and the like. But yesterday, while playing chauffer on a back-to-school shopping trip with my wife and kids, I caught a glimpse of a storefront window in Tilton Center that I had previously overlooked. In a brief glance I took in a display of hardcover books in the front window and a few cartons of paperbacks placed outside with a sign indicating a sidewalk sale. My attention piqued, I managed to free myself from the clutches of clothes and shoe shopping with little difficulty and quickly backtracked to Mansfield’s.

Mansfield’s occupies what appears to be a former office building. The main room has a fireplace in one wall with a few overstuffed chairs. A narrow hallway at the back opens up on the left and right to six rooms that were presumably individual offices at one time. Most of these smaller rooms were still hung with old, ornate doors with frosted glass panes and other such details, though one clearly served as a small kitchen at one point, complete with a sink. Each room—the main room in the front and the half-dozen at the back—was overflowing, floor to ceiling, with used books, as well as a scattering of other items (the “More” refers to some old movie posters, knick knacks, and used DVDs and CDs).

What did I love most about Mansfield’s Books and More? The fact that it was organized—but only loosely. There were sections for art books, local history, biographies, religion, science fiction and fantasy, and so on—but these “sections” were at best rough approximations. There were piles of random books everywhere, filling the nooks and the spaces between the sections with unexpected discoveries and oddities. Beneath the shelves were unopened cardboard boxes stuffed full of treasures that I had no time to inspect. It was an enchanting mixture of the known and unknown, where you did not know what you’d find. I spent more than an hour scanning the shelves and could have easily spent four more. I never thought I would utter the phrase “outshopping my wife,” but that actually happened as I felt a sting of disappointment when I got a 15 minute warning to come pick them up at the outlets.

Here are the books I scooped up: 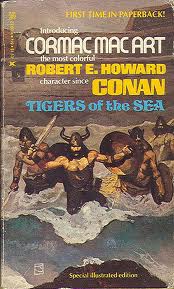 A complete set of C.S. Lewis’ Space Trilogy (Out of the Silent Planet, Perelandra, That Hideous Strength).

A hardcover copy of Unfinished Tales, J.R.R. Tolkien. I have a copy of this one, but in paperback; this is the real McCoy.

Masters of the Macabre: An Anthology of Mystery , Horror, and Detection, edited by Seon Manley and Gogo Lewis. This was a bit of a stretch for me, but I was admittedly sucked in by its wonderful cover, and its TOC looks great: short stories by Mary Shelley, Bram Stoker, and Wilkie Collins alongside Ambrose Bierce, Ellery Queen, and “The Dark Brotherhood” by H.P. Lovecraft and August Derleth.

The Long Ships by Frans G. Bengtsson. Had I found nothing else but this book and the Howard volume, I’d consider my trip a smashing success. I’m a huge fan of Northern-inspired literature and have heard many good things about this Viking cult classic over the years; now I own a hardcover for the princely sum of $1.75.

A copy of Here Comes Snoopy, for the kids. I love old school, black and white comics collections in paperback format. If they don’t read it, I will.

In all, my haul of nine books cost me $11.50. I wanted to recommend to the proprietor that he raise his prices, even if only by $1.00 a book, to assure that he remains in business (Mansfield’s Books and More has only been in operation for two years, so there’s no assurance of its long-term viability). But that would have been impolite, so I walked out with my armload of books with a promise to return. In the meantime, I’ll be taking voyages of interstellar travel, plying the seas and rivers of western Europe in a dragon-headed longship, and climbing the heights of Crystal Mountain in search of enlightenment. Not bad company to have met in a little more than one hour of a single August afternoon.

Oh — I love The Long Ships! I have book envy now. I would love a hardback copy of it myself some day. A fabulous book.

And anyone who finds themselves in Minneapolis should be sure to stop by Uncle Hugo’s, my favorite bookstore on the planet.

If I remember correctly, the movie is based on the first third of the book.

For those interested in obtaining Frans G. Bengtsson’s The Long Ships, it is currently re-printed and published by the New York Review of Books, with an introduction by Michael Chabon.

Thanks C, I hadn’t realized that The Long Ships had been republished.