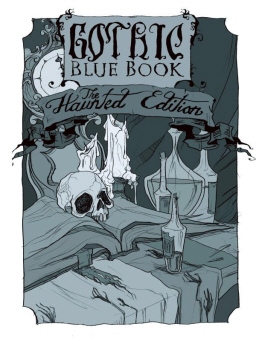 Okay. Technically this was released back in October. But I just found out about it, so I’m going to pretend it came out this week so I don’t look out of touch.

I’ve never heard of Gothic Blue Books. Man, I’m more out of touch than I thought. Anyway. 18th Century chap books honoring the Gothic tradition of misery, fear, despair, regret and dread? Sounds pretty good to me. It’s not too late to make up for lost time.

The Gothic Blue Book, The Haunted Edition includes fiction from John Everson, M. N. Hanson, Ben McElroy, Greg Mollin, and many others. It is 114 pages and is available in print ($7) and Kindle editions ($0.99) through Amazon.com.