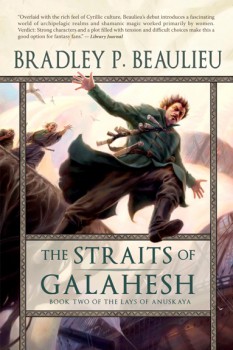 Over the past year, and as I prepare for the release of my second book, The Straits of Galahesh, I’ve been interviewed a number of times. I’m often asked about the process of writing and how I cut my teeth as a writer. I went fairly “workshop heavy,” and I thought this would make for an interesting discussion for those who are just getting into writing.

I started workshopping not with a local group (I was traveling too much for that), but with an online community—Critters, to be specific. After a few months with Critters I moved on to the Online Writing Workshop, which worked very well for me for years. In terms of instructor-led workshops, I’ve been to Viable Paradise, Writers of the Future, Orson Scott Card’s Literary Bootcamp, and Clarion. I took a bit of a break after Clarion, but then attended Starry Heaven I and II in Flagstaff, AZ, a peer-to-peer workshop run by S.K. Castle that was modeled off of Charlie Finlay’s Blue Heaven. I enjoyed those so much I started Wellspring, another Blue Heaven offspring. I ran the first last summer in Lake Geneva, WI, and I’m running the second this coming summer, just before WorldCon in Chicago.

If it wasn’t obvious from that list, I strongly recommend workshopping. If you come with the right attitude and the right expectations, it will take your writing much farther than you could have brought it on your own. The greatest strength of workshopping, in my opinion, is the wealth of knowledge that others will bring to the table, things your own set of experiences and knowledge haven’t led you to.

Strangely, when you workshop you’ll find that you’ll gain insight from what other writers find in your work, but you’ll soon learn that you get as much benefit or more from critiquing work that others have also critiqued. You won’t be working with your own material, where you will inevitably have blind spots. You’ll be working as a first reader, as will the other writers, and it’s in comparing how well (or not) you found issues in the writing that you’ll learn. And so, pay close attention to what others have said about work you’ve also critiqued. See what you missed and then start taking notes. Identify your blind spots and then create stories that expose those weaknesses. Actively work to strengthen those muscles, and soon you’ll find them becoming strengths, or at least not liabilities. What I said about experimenting earlier? This is why you experiment. To become stronger in your craft with targeted exercises.

In these early days, enter with an open mind and an open heart. Learn from the other writers. Try not to get defensive. Absorb. And for the love of all that is good, experiment. You may want to write a particular type of fiction—for me it was epic fantasy—by try other things on for size. It will only help you as you progress.

I hope this next statement doesn’t come as a shock, but what you’ll soon find as you start to workshop is that you’re not nearly as good as you thought you were. In fact, you kind of suck. Not completely, mind you. Not utterly. There’ll be things that people compliment you on. Take heart in such feedback, but be prepared for the assault on your pride. Those early days are going to be really difficult. It’s where many, many pretenders drop out. They can’t take the emotional toll that releasing their work into the wild exacts from them. Don’t be one of those. Keep pushing. Take in what everyone’s telling you and try to get your stories published, because that’s part of the journey as well. By the same token, move on from your stories once you’ve made them the best that they can be. Get on with the next story idea. Continue to push yourself and try new things.

As you continue to workshop, you’ll find more complements coming your way and fewer criticisms. You’ll feel your confidence coming back. These are all great signs. But keep working on your weaknesses. By now you will have identified what you’re good at and what needs work. (And if you haven’t, you haven’t been listening.) 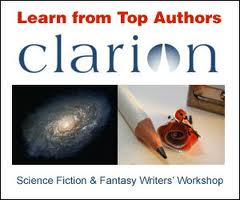 Eventually you will mature to the point that you’re not getting as much value from workshopping as you used to. In the beginning you’ll improve in leaps and bounds. This rate of progress will slow, however, and at some point you’ll stop finding value from your peers. In fact, you may actually find that listening to all the feedback is harming your writing. One of my wise instructors once told me: if you’re the best writer in your critique group, it’s time to find a new critique group. This sounds cruel, but it’s true. You’ll sometimes hear the work “graduating” when it comes to critique groups. Eventually, you will graduate, just like others did before you.

Move on to another online or local group if you feel that’s appropriate, or consider instructor-led workshops. That was my path. As much as I loved the Online Writing Workshop, I eventually found that I was getting too little value from it. That’s when I started going to the instructor-led workshops. Once again I was the neophyte, and I was learning from some very accomplished authors and editors. My writing took another quantum leap after internalizing the lessons I learned there. But even instructor-led workshops can only take you so far.

Why? Because by this point you’ll be well on your way to finding your true voice. It may be time to return to your original love, to write the stories that inspired you to want to write—or, using that old chestnut, to start writing the stories that you want to read. You’ll be less willing to take advice at this point. Wait, no, let me put that another way. You’ll be much more aware of when advice should be taken and when it shouldn’t. You’ll have found your center. Unlike those early days, this is the time to be defensive, especially when the advice runs counter to the truth within your story.

This isn’t to say that you’ll stop learning—you won’t—but you’ll find that you’re much more able to judge what advice works for you and what doesn’t, and let me tell you, that’s a pretty cool place to be. This final step is like slipping off from the shallow part of the pool and into the deep end. But you’ll be ready for it. You’ll feel confident in your own skin. You’ll know the rules well and know how and when to break them. 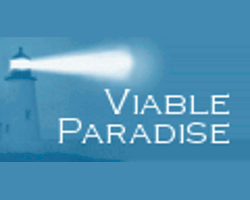 One of the things I haven’t much talked about (and that’s because I’ve had pretty good workshop experiences) is the possibility of harming your early development from listening to bad advice. This is a particularly difficult thing to sense as a newcomer to the craft of writing, because you may think (as I did) that all criticism is valid. This is not true. In fact, you may harm your career for years by taking the wrong advice to heart.

Everyone who critiques your work is going to speak with authority. Trouble is, they may be giving good advice or they may not, and how are you, the newcomer, going to separate the wheat from the chaff? I have two rules of thumb for this. First, read those books on writing that everyone recommends. It’s not hard to find them. Search them out. Read them. And this will give you a strong foundation from which to work.

Second, read (or listen carefully attention to) the critiques your critters give other writers. Take the time to simply weigh the critique, which, believe me, will be much easier to do if the critique is not on your own writing. Read the same piece of work if you haven’t already and compare the critter’s advice to the advice you would have given. If you find yourself nodding in agreement with what they’re saying, then you can can consider embracing the advice they’ve given you. If you find yourself in doubt or in outright disagreement, perhaps it’s time to find a different critique partner. Or (it’s not always convenient, especially in a local critique group, to “find a new critique partner”) you can simply keep this information in mind when you receive advice from this person. I hesitate to say you should discount it, because they may have valid things to say, and I wouldn’t want you to miss out on such things, but certainly weigh their words carefully.

I said it above, but I think it bears repeating. You’ll never stop learning. I just think the ways in which you learn will change over time. This was my path.

Bradley P. Beaulieu is the author of The Winds of Khalakovo and The Straits of Galahesh, the first two books in an epic fantasy trilogy available now from Night Shade Books. For more, please visit his website at www.quillings.com.