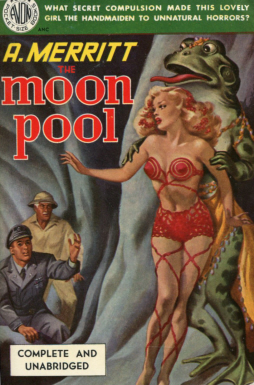 When last we spoke, you and me, the subject was what I wasn’t. Feel free to go back and refresh your memory, I’ll wait here. La, la, la; biddley-biddley-boooo; Rump-Titty-Titty-Tum-TAH-Tee….

Ah, good, you’re back. And you brought me a root-beer, much thanks. This time around, I’d like to address the subject of what I am. At least in part:  if we did the whole thing, we’d be here through Entropy, and I’d have to pay you by the hour.

You already know I’m a bibliophile, and a stfnal historian, and Estates Liaison for the Science-Fiction and Fantasy Writers of America. I probably wouldn’t be here otherwise. I’m also a Leo (like that matters worth a tinker’s cuss), a native Virginian, white, middle-class and not nearly as overweight as I was a year ago. None of that is germane to this discussion, though, except perhaps peripherally.

For our purposes here at the Black Gate blog, I am a professional writer of science fiction and fantasy. Well, strictly speaking I write whatever I can get paid to write, within reason, but my preferences (not to mention my influences) run to fantastic fiction of one sort or another. I make no bones about that and never have; I don’t apologize to my family about it, I don’t qualify it as “something I’m doing to pay the rent while I work on My Novel,” and I don’t try to turn what I do into Art or Literature.

Don’t get me wrong, now; if anything I write approaches those lofty heights (and believe me, I do consider those heights both lofty and worthy of aspiration), I would be absolutely delighted. I’m just content when people tell me I’ve written a pretty good yarn. Anything else is space-icing on the cake-droid. With time-travel. 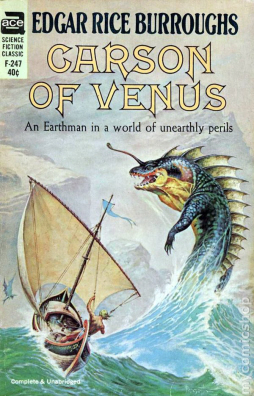 Something else I don’t do is to turn up my nose on the genre I grew up loving, that has filled me with wonder, and from which I learned so much more than just what the speed of light is or how far the Earth is from the Sun.

I’m not even talking about what I learned about the mechanics of writing here, although that’s part of it. Every fantastic story I’ve read, from Burroughs and Merritt through Spinrad and Ellison to McDevitt and Scalzi has taught me something about life.

Well, duh. I mean, all fiction, all story-telling, holds up some kind of mirror to life. SF and fantasy may hold up a fun-house mirror, as I’ve said somewhere or other before, but it’s still a reflection and a refinement of what we all go through every day.

That’s what fiction is there for – Aesop knew that, as did his forebears who told cautionary tales so that their kids wouldn’t stick their fingers in that funny little hole in the rear end of the family dire-wolf. Or whatever.

So I don’t understand why some people are so damned anxious to deny that what they’re doing is what they’re actually, like, doing. Writing about near-future dystopias, for example, or genetic engineering.

Y’know, all that stuff that isn’t science fiction, because science fiction’s all about talking squids in space, not anything serious or important, like a best-selling novel. You know of whom I’m speaking, nicht wahr? 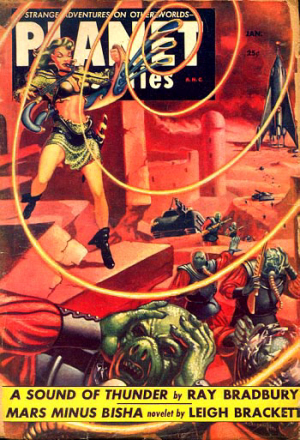 I’ve seen it before, and not just with literature. More than a few of the directors of the best sf movies of the post-WWII period –- the ones we all watch over and over, and scramble to find on DVD now that our VCRs don’t work anymore — made it clear in interviews both at the time and later in their careers that they held “sci-fi” very much in contempt, that they considered it silly stuff suitable only for kids who didn’t know any better, and that what they were actually doing was social commentary and/or satire; serious stuff indeed. With talking squids.

Later on, writers whose beginnings had been firmly established in the very pulps they would later decry and denigrate made me just as cranky. They might accept the genre awards, but try and get them to admit that their first story was published in Weird Tales or Galaxy or Planet Stories.

I thought that attitude sucked when I was in high school, and I still think it bites the proverbial green weenie, but it certainly hasn’t become scarce.

(Those of you who read my last post here, explaining that one of the reasons I don’t claim to be a Critic, are likely shaking their fingers at me and crying “Shame!” because of my choice of words in some of the above. Fair enough; take my passionate verbiage as a marker of how tetchy I can be about this subject.)

There’s a part of me — call it the Fanboy — who gets cranky when writers from outside the Field (or sometimes from inside) appropriate stfnal concepts, file off the VINs, pound them into a vaguely Lit’ry shape and then spend as much time denying that those very same stfnal aspects ever even entered their forebrains during the creative process as they do in trying to convince reviewers and critics on talk shows that they’re Cutting Edge Mainstream, or Slipstream, or whatever the kids are calling it these days to hide the fact that what they’re really writing is science fiction. 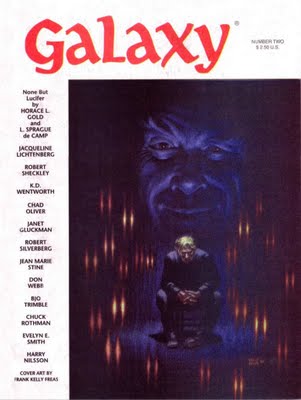 Another part of me — call it the Pragmatic Professional — understands perfectly that, the market being what it is, whatever you can ethically do to increase your royalty statements is justified and acceptable. If it takes going on television or NPR to smilingly disavow any connection with those of us who write about aliens/artificial intelligence/alternate history in order to ensure that your royalty statements read in the high-five figures so you can put your kids through college, then that’s what you have to do.

I don’t have to like it, or the circumstances that may make it necessary, but I can certainly understand it. It’s practical and reasonable.

On the gripping hand… You acknowledge your roots and your influences, regardless of how embarrassing it might be at cocktail parties thrown by your publisher. You admit it, while explaining that you’ve taken those influences in your own direction, and expressed them in your own voice.

If you’ve got a terrific story to tell, you tell it the best you can, and if it’s a Western, you don’t try to gloss it over as a “historical allegory set in a frontier milieu”; if it’s hard-boiled gumshoery, you don’t try to convince the Critics that it’s a “classic fable of good versus evil told in a bare-bones first-person narrative.”

Here’s an example based on my personal experience. Not long after my first story, “Bubba Pritchert and the Space Aliens,” was published in the July 1994 issue of Analog, I got an e-mail message from someone whose name I can’t recall. It was something in the way of a fan letter, and it congratulated me on having written a slyly ironic send-up that fooled not only editor Stan Schmidt, but the readers of Analog as well.

Apparently, he had decided that the story was a wicked satire of what he considered to be the typical Astounding/Analog story, a carefully crafted raising of the metaphorical middle finger at the whole Campbellian idea of the shrewd Earthman faced with a problem involving hide-bound, provincial aliens and fixing it for them because they’re too unimaginative to do it themselves.

I thanked him kindly for his words of praise, expressed my delight that he’d enjoyed it, and then tried to explain to him gently that what I had actually done was about as far from what he thought it was as a horse-cart is from a house cat, and that there was nothing self-consciously ironic about the story in the least. I never heard back from him; I suspect he got over any disappointment rather quickly.

To those of us who toil in our eight-to-ten cents per word garrets, watching others picking our categorical pockets and pretending to a pedigree they haven’t earned (there’s that Critical tetchiness again), this sort of thing can be more than a little infuriating. I don’t begrudge them their living, but frankly, if they want my respect they should drop the pretentiousness and cop to their antecedents.

Well, my “Among the Wastes of Time” in Warrior Wisewoman has an octopus (like creature) IN SPACE! And it talks!

[…] Ralph Milne Farley’s An Earth Man on Venus (which I discussed last month), A. Merritt’s The Moon Pool, and eighteen issues of the pioneering fantasy paperback magazine, The Avon Fantasy Reader, among […]

Black Gate » Blog Archive » Want to sell SF and Fantasy? The Only Book You Need is Bud Webster’s The Joy of Booking

[…] Full exposure: Bud was the poetry editor for Black Gate, back when we had a print edition, and he’s also written a few articles for us on (what else?) bookselling and vintage books, such as “Selling Your Books Ain’t as Easy as it Looks,”"What I Do and Why I Do It,” “What I Do It With,” “Holding History,” and “Talk to Any Squids Lately? In Space, I Mean?.” […]