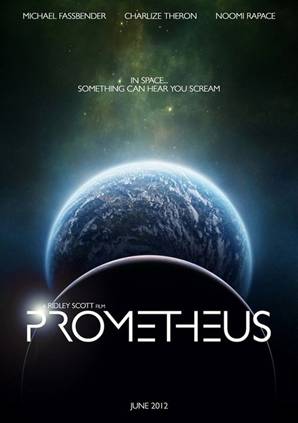 Raise your hand if you’re a Ridley Scott fan.

Okay, well that’s pretty much everyone so I’m probably about to make you all very happy.

For those of you who are less familiar with the offerings Scott is famous for, let me begin with a short history lesson.

In the recent past Ridley Scott was the director behind Robin Hood (the Russell Crowe version not that abomination with Kevin Costner), and Gladiator.  In the 90’s it was Thelma and Louise, and Black Rain.

But way back in the late 70’s and early 80’s Scott hit consecutive home runs with only his second and third directorial outings; Alien in 1979 and Blade Runner in 1982.

The sci-fi and horror genres would never be the same.

The cult-of-Scott may not have been instantaneous but it was darn near close.

And now here we are, approaching thirty-three years since Alien first hit the big screen (Believe it. Sigourney Weaver was 33 years younger than she is today when she first played “Ripley” and it’s been nearly 30 years since Sean Young was beautiful and sane playing “Rachel” in Blade Runner). 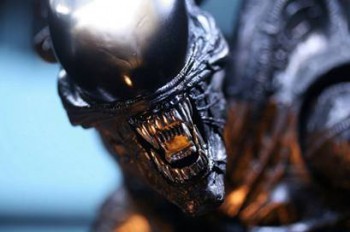 First, it was back in August when we learned that Scott had signed on to direct a Blade Runner sequel.  But it’s only now that we can confirm the film is definitely green-lighted for production… without Harrison Ford.

When asked about the project during a recent interview, Scott had the following to say:

“[It’s moving forward, but] not with the past cast, of course.” (read “not with that tequila-swilling nutter Sean Young at least”)

And when asked whether or not Harrison’s character Rick Deckard will be in the film:

That “not really” part sounds a bit like there’s room for Harrison to put Calista Flockheart down for a few moments and step in for a little cameo. 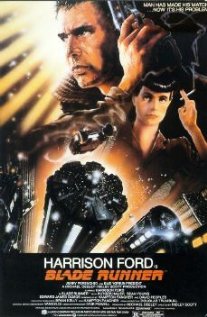 We can always hope.

And while I would normally be raging against an attention-grabbing “sequel” potentially compromising the integrity of the original film, Ridley Scott is directing after all.

So I’m inclined to cut him a bit of slack and hope the timing is a testament to a third generation of fans discovering this iconic film.

No release date has yet been confirmed but considering Scott’s schedule we’re guessing a (Christmas?) 2013 release.

And then there’s that other small project keeping Scott busy.

Hardcore fans of the Alien franchise (me included) are eagerly awaiting the eminent release of a teaser trailer for Prometheus – which, according to an early description, “visually grounds viewers in a sci-fi universe that bears a strong resemblance to Scott’s 1979 sci-fi/horror film, Alien.”

Scott recently offered yet another tease of the Prometheus plot – along with a comment that suggests the movie will indeed serve as ta semi-prequel that lays the narrative foundation for Alien… to some degree.

Here is the most recent official synopsis for Prometheus from the official web site:

Ridley Scott, director of Alien and Blade Runner, returns to the genre he helped define. With Prometheus, he creates a groundbreaking mythology, in which a team of explorers discover a clue to the origins of mankind on Earth, leading them on a thrilling journey to the darkest corners of the universe. There, they must fight a terrifying battle to save the future of the human race.

If you’re wondering why the name sounds familiar, Prometheus was the Greek titan who stole fire from Zeus and gave it to humankind – only to be punished for his actions by being strapped to a rock and having an eagle eat his regenerating liver out every day, for the rest of eternity.

Scott has confirmed that his new sci-fi project is very much an allegory for that tale, saying it too involves a “higher being [who is punished] in perpetuity in a horrible fashion” for stealing technology from more powerful beings and handing it over to humans.

Scott previously referred to Prometheus as being a film that contains “strands of Alien’s DNA, so to speak.”  He has now provided a bit more support for that claim, with the additional detail that the final eight minutes of the Prometheus plotline (in particular) is “a pretty good DNA of the Alien one.”

An early Prometheus plot outline “leaked” on the net this past summer, but 20th Century Fox was quick to dismiss it.  However, it’s worth mentioning again, simply because it gels quite well with what Scott is saying lately.

And when you put all the rumors together, the synopsis appear to suggest that Michael Fassbender’s (Inglorious Basterds and 300) character in Prometheus (who co-screenwriter Damon Lindelof has confirmed is an android) could be the “higher being” that steals advanced technology from the “gods.”

Hands down now.  Thanks for your enthusiasm.

So what do you think of a potentially Harrison-Ford-less Blade Runner and an Alien prequel; great ideas or horrible Mad-magazine fodder that should be avoided at all costs?  Post a comment or drop me a line at sue@blackgate.com.