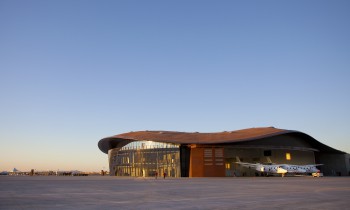 Well, just as everyone is remarking on how the new conversant iPhone is making science fiction true to life, one pretty big part of the science fiction imagination remains just that; while the 21st century has not only arrived, we’re a decade into it, but we won’t be taking any sight seeing trips to Mars in the near future.  Even a suborbital cruise will have to wait until 2013. The overly ambitiously and to-date technically impossibly named Virgin Galactic, a space tourism company founded by British billionaire and all-around let’s do something fun and make some money at it guy Sir Richard Branson, has announced that commercial flights have been delayed for another two years.  But don’t start buying any tickets, as this is something like the fourth time the schedule has been bumped forward since flights were supposed to begin back in 2008.

If you did want to get in on the ground floor, so to speak, tickets cost $200,000, with a deposit of$20,000 required.  Not sure if that includes complimentary drinks.

As the article alludes to, regulatory barriers are at least as challenging as technical hurdles. Escaping Washington DC is far more difficult than escaping Earth’s gravity well.