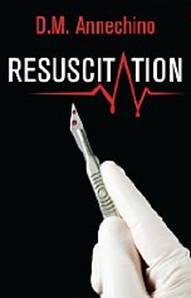 Considering what I get up to in my free time, one would not immediately peg me as squeamish. Rodents? No problem. Dead bodies? Nope! I dissected one in college. I’ve even gone so far as to occasionally baby-sit children who are not yet potty trained and not even flinched.

At least not much anyway.

But even those of us that can claim a stoutness of heart in nearly every situation, the operative word there is “nearly;” because everyone has something that makes their skin crawl.

Now this skeeviness is not to be confused with fear. Fear is saved for terrifying things like clowns. I’m talking about that one thing, rational or not, that makes your stomach roll over and all the blood run out of your face until someone asks you if you need to have a lie down.

For me, this is hospitals.

Before you jump in and try to tell me I’ve got a doctor phobia, I don’t. I’ve never been admitted to a hospital or been seriously ill.

However, I did work in a hospital and the results of this adventure are that even passing someone in the mall wearing a little too much white can make me throw up in my mouth a little.

In the event you may be reading this while eating, I won’t elaborate on why this is, just trust me that it is. So now I’ll get to the point. 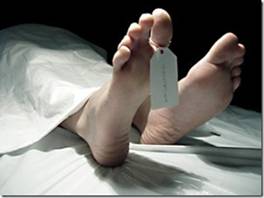 My favorite friends over at Wunderkind PR who have introduced me to some epic new book releases during my tenure at Black Gate, saw me off on a recent mini-vacation with several soon-to-hit-store-shelves novels. I couldn’t take them all but excitedly packed one called Resuscitation, set to hit book shelves October 11th.

Looking at the cover and knowing that the staff of Wunderkind are well aware of the sort of content I write about, I surmised this must be some manner of nouveau-Frankenstein story.

So umbrella-drink in hand and ensconced in a comfy lounge chair by the pool, I dove head first into Resuscitation.

And promptly threw up in my mouth a little.

Turns out this wasn’t about another scientist with a God complex who stiches together bits of the dead to make a creature. That I would have been fine with. 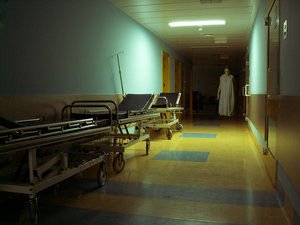 No, instead this was about a doctor who, when his grant money runs out, decides the only way to cheaply and efficiently complete his research for the betterment of mankind, is to carry it out on kidnapped victims.

This is how I found myself immersed in a serial-killer crime drama.

A credit to the author, Daniel Annechino, but a detriment to me was the fact that in spite of my visceral reaction to a serious portion of the content of this story, I couldn’t put it down.

Like watching your evil Ex drive over a cliff in your new Mustang convertible with Celine Dion blaring out of the car stereo.

This just goes to prove that fantasy gore is one thing, but gore that could be ripped from a CNN headline is something else entirely.

I now know that Mr. Annechino spent two years researching serial killers, which is apparent in his story details and all the more disturbing when you consider the killer doctor character himself is stitched together from bits of actual serial killer cases.

I’m going to defer to the press release that came along with Resuscitation, not because I didn’t keep taking big gulps of fresh air until I finished it, because I did. But more because if I tried to describe it I would just end up fixating on the more disturbing aspects of the story rather than provide you with a good overview.

Two years ago after narrowly escaping the clutches of a psychotic serial killer who held her hostage with the intention of crucifying her, San Diego homicide detective Sami Rizzo hung up her badge.  Tortured by nightmares of her near death experience, Sami tries to convince herself that social work can fulfill her need to help and protect victims.  But when a second serial killer surfaces – a doctor who is using his victims as guinea pigs for horrific surgical experiments – Sami abandons her new career for a chance to get back on the force and find this monster.

With a little fast talking, she convinces the police chief and the mayor to reinstate her to the homicide division and begins her hunt for the killer.  But as the body count grows and every lead turns out to be a dead end, Sami begins to think that this villain as outsmarted her; until one of the victims survives her ordeal.  Suddenly their cat-and-mouse game takes a sickening turn, and now Sami is the hunted one.

So by now you’re either completely off reading Resuscitation or you’re half way through buying it and I can definitively report, that Wunderkind PR sends me only the very best of the given genre.

Here’s hoping that the paper cut on my thumb heals fine by itself.

So what skeeves you out? Even though I say I don’t want to know, you know I do. Post a comment or drop me a line at sue@blackgate.com.