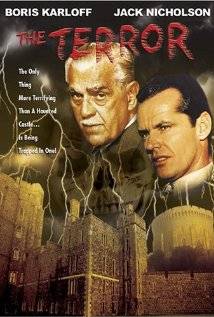 The cool thing about Francis Ford Coppola (minus the “Ford” bit if you followed his work in the ‘80’s) is that, chances are he’s responsible for at least one movie in your top ten, regardless of your favorite genre.

From The Godfather and Apocalypse Now, to Peggy Sue Got Married and The Cotton Club, Coppola has never stuck to one movie “type,” but instead stretched his creativity into many corners for better or worse. Love them or hate them (or in some cases both), I’m betting Coppola movies can be found among your favorite quotes, your DVD collection or your Netflix queue.

But though he’s easily associated with making “an offer (you) can’t refuse,” Coppola is possibly least known for his forays into horror; though arguably this is his roots.

Beginning in 1963 with his first big budget film The Terror starring Jack Nicholson in one of his first roles and Boris Karloff in one of his last, Coppola followed up with Dementia 13 later that same year.

By his own admission, horror is where Francis Ford got a foothold in Hollywood.

However, it would be another thirty years before Coppola would return to the genre that gave him his break. 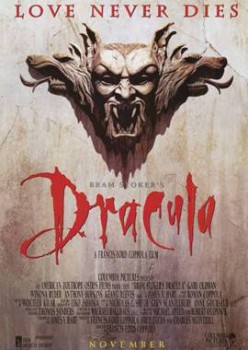 Starring Gary Oldman long before he was Sirius Black, and Keanu Reeves, not long enough after he was Ted, Dracula was first previewed in 1991 at the San Diego Comic Con, the first year the con set up shop in massive convention center it still calls home.

It was a long absence that met with mixed reviews when it hit theaters, though Coppola himself would count Dracula (insert laughs here) as one of his personal favorites.

Maybe the harsh reception Dracula received did indeed put him off, or maybe Coppola was too busy following other ideas, but aside from executive producing a few other scary offerings (i.e. Jeepers Creepers and Sleepy Hollow) Coppola did not turn his directorial talents back to horror until now.

And here we are in 2011, approaching the twenty year anniversary to the day of Dracula’s debut at the San Diego Comic Con, Coppola is back with a new spine-tingler to once again debut at the con.

Originally titled Twixt Now and Sunrise but recently shortened to Twixt, the film stars Val Kilmer, Bruce Dern and Elle Fanning. Coppola says it is based on a dream he had while on a trip to Istanbul and inspired by the writings of Edgar Allen Poe. 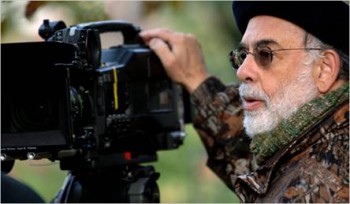 Electronic musician Dan Deacon will score the film and word on the street is that Twixt will contain an non-traditional, “interactive” aspect with respect to the music. Here’s what the press release offers on that front:

Coppola has a unique new approach to the presentation of the film that will incorporate live music by acclaimed independent performance artist Dan Deacon. Deacon will attend Comic-Con with Coppola to help demonstrate the interactive experience of the film.

Coppola himself teased that the way he plans to screen the film is “something that’s never been done before” which presumably also includes something to do with the use of 3D technology for “brief dramatic segments that serve the story, rather than the typical two-hour, multiplex gimmick.”

Star Val Kilmer added that 3D would be utilized for “a couple of dream sequences.”

Along with this information, we get an official synopsis, which will probably give rise to many more questions than it answers:

A writer with a declining career arrives in a small town as part of his book tour and gets caught up in a murder mystery involving a young girl. That night in a dream, he is approached by a mysterious young ghost named V. He’s unsure of her connection to the murder in the town, but is grateful for the story being handed to him. Ultimately he is led to the truth of the story, surprised to find that the ending has more to do with his own life than he could ever have anticipated.

A release sometime around Halloween has been hinted at as a target, which as been affirmed by subsequent descriptions of the project as a “Halloween extravaganza.”

I’ll be the judge of that.

So what do you think? Are you looking forward to something creepy from Mr. Coppola, or is he past it?

And what the heck happened to Val Kilmer anyway?

I am very much looking forward to this film. The fact that one of the regulars in my gaming group is on the film’s crew has nothing to do with it.

A comment like that carries the same weighty expectation as showing up to a dart game with your own darts.

Please get your friend to dish asap. Particularly I want to know how often Val hits the catering truck…