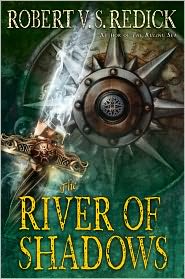 My purpose here is simply a warning. If you are part of that infinitesimally small [and ever smaller] band of dissidents with the wealth, time and inclination to set your hands on the printed word, I suggest you consider the arguments against the current volume.  To wit: the tale is morbid, the persons depicted are clumsy when they are not evil, the world is inconvenient to visit and quite changed from what is here described, the plot at this early juncture is already complex beyond all reason, the moral cannot be stated, and the editor is intrusive.  The story most obviously imperils the young.

There are various reasons for such “editorial” intrusions into a narrative rolling along quite nicely seemingly without need for meta-fictional comment.  One is in fact to be meta-fictional, to purposely draw attention to the illusion of storytelling.  But, another, opposite tact, is to give the text the illusion of legitimacy, that what we’re reading, however improbable, is an actual historical document.  The latter is the approach of the modern über-fantasy, Lord of the Rings, in which the tale  is presented as an ancient manuscript edited for a contemporary audience by a medieval scholar.

Given that this was J.R.R. Tolkien’s day-job, this might have been intended as a kind of inside joke, albeit from a guy who wasn’t particularly jokey.  In the case of Robert V.S. Redick, whose The River of Shadows, the penultimate volume in the Chathrand Voyage Series, is a sort of Tolkien at sea, he pointedly wants us to be in on the joke.

There are a lot of “paint by the numbers” Tolkien clones for the simple reason that there is a market for people who want more of the same.  They’ll probably enjoy this series.  But while Redick may be guilty of a little too slavish attention to both fantasy cliché and Perils of Pauline dilemmas resolved by convenient magical cavalry to the rescue, it’s all in good fun. Not the sort of fun that’s saying, “Ew, how stupid all this heroic questing stuff is.” Rather, it’s the sort of fun that’s saying, well, isn’t this all great fun?

But as you might expect into the third book of tetralogy, there are a number of events that take a turn for the worse.  This is, after all, an epic struggle against the forces of evil and to sustain a narrative over three volumes, well, sometimes the bad guys have to win and the good guys suffer and struggle. Otherwise, you don’t have much of a story.

Here’s where we are so far: Following a botched diplomatic mission and an unsuccessful attempt to undermine that mission’s objectives, a seemingly unbalanced captain fakes the sinking of his vessel, the legendary Imperial Merchant Ship Chathrand, in order to venture into strange foreign waters ostensibly to put in motion a plan for world domination by parties with different agendas and shifting alliances. Standing in the way are our young star-crossed lovers, the once lowly tarboy, Pazel Pathkendle, and ambassador’s daughter Thasha Isiq.  One driving function of the narrative in this installment is to reveal how our heroes are not who they think they are, which is, of course, a fantasy trope highly appealing to adolescents in the midst of trying to define their own identities (though, as much as they might prefer, aren’t likely to be the progeny of magical beings).

Also, of course, there’s a quest led by Aragon, er I mean, Hercól Stanapeth, and a rescue of our hearty band by Gandalf the grey wizard who has become the white wizard, no…I mean Ramachni, the master-mage who takes form as a black mink, among other animals, in their battle for the Ring, oh there I go again, I mean the Nilstone, which promises unlimited power to the holder, albeit at a price.

Did I mention there’s also a talking rat?

Given that the first two books took place largely at sea, and Redick is particularly good at seafaring descriptions, and that this book is called The River of Shadows, you might think the nautical setting would be continued.  However, it seems that the river is both a body of water and a tributary of magic. In the latter case, it is the means to reach a kind of Rick’s Café, neutral ground where all kinds of mystical allies and foes can gather to talk things out. So most of the action takes place largely on land as our hearty band escapes captivity and treks through Mordor–I have to stop this, I mean the empire of Bali Adro–in search of the evil sorcerer Arunis.

And have I mentioned the talking rat?

Actually, I haven’t begun to reach the depths of allusions Redick plumbs here. What puts him above all the mere Tolkien imitators is that his reimagining of the quest archetype is highly engaging to the point where it might not be totally paradoxical to call something original that relies so heavily on source material.

Needless to say, we can all expect good to finally triumph, though perhaps with some recognition of the costs that must be paid to achieve it, in the next and final volume, The Night of the Swarm, due out next April. (Note to Del Rey: okay we all know that times are tough, but it’s a little disappointing to decide midstream, so to speak, to release the third volume of a series only as a trade paperback when the previous iterations are available in hardcover. Collectors who want their serial fantasies in a consistent hardback package will have to go overseas for the Gollancz edition, though they’ll have to settle for what in my opinion is inferior cover art.)

In any event, we can expect Redick to continue to carry on with continuing plot twists, fast-paced action, and “surprising” revelations about colorful characters, all the while with a caveat wink. It must have taken a tremendous amount of restraint to get this far before writing the line, “Thasha was thrashing.”

Just remember, Robert, it’s only funny the one time.  Unless, of course, Thasha gets thrown into a dumpster (couldn’t hurt to throw in a Star Wars reference), in which case you could say, “Thasha was trashed.”

I bought up this series, and then the spouse got to them before I did. He’s been enjoying them so much, it’s been quite difficult to wait my turn.