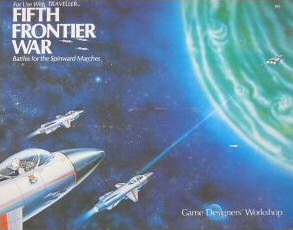 Now, I recognize that this is an announcement that will appeal to approximately 12 people on the planet. But, since one of them is me and another one is our well-loved Publisher and Editor, that makes this announcement of particular relevance for this blog. As I mentioned some time ago, one of my less obtainable objectives in life has been to actually play a certain space wargame that is virtually unplayable by anyone who happens to either lack a large quantity of floor and/or table space that can be left safely unmolested for weeks or has what passes for a reasonable modicum of a life.

The problem with monster wargames, you see, is that they combine all the worst qualities of gaming in one intimidating product. Not only are they far more complicated than the average wargame, thus significantly reducing the number of potential opponents, but they take an incredibly long time simply to set up, never mind play. As an added bonus, the large quantity of constituent components usually means that they are more expensive than the norm, but they make up for being more costly by being less graphically elaborate than most games because no game publisher in his right mind is going to go to the risk of devoting a respectable art budget to what is usually something between a labor of love and a labor of lunacy on the part of a detail-oriented, art-challenged monomaniac. 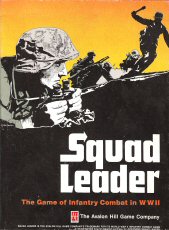 Fortunately for the strategy gamers of the world in general and wargamers in specific, the genius known as Rodney Kinney created VASL some 13 years ago in order to facilitate the online playing of Advanced Squad Leader, possibly the only game in the world more complex and outrageously detailed than the aforementioned monster games.

Since the ASL community is ridiculously intelligent and wealthy – it must be the only gaming community that is not only prone to seriously discussing the purchase of its own retirement community in order to literally play to death’s door, but can actually afford to pay cash for it – it should be no surprise that what are quite literally the technological table scraps of the ASLers of the world have turned out to be the most valuable tool for playing every other strategy boardgame known to Man.

Hence VASSAL, which is derived from the original Virtual Advanced Squad Leader, a Java-based game utility which now features modules for literally thousands of board-based wargames and strategy games of the past and present. 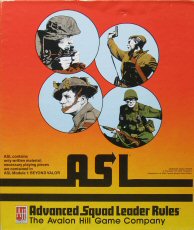 Since I never got any farther than twice completing the initial setup of Fifth Frontier War, about ten years ago I started making a module for it. However, a lack of artistic ability hampered my efforts until I happened to discover a counter file featuring layered military symbols, which happened to be precisely the symbolic system used by the troop unit counters in the Battles for the Spinward Marches, about a year ago.

So now, I’m pleased to be able to say that within about a week, version 1.0 of the Fifth Frontier War module for VASSAL should be available from the vast VASSAL game library.

A screenshot is below, at half-resolution, showing the Zhodani 1st and 2nd Assault Fleets moving towards the subsector capital of Jewell, lightly defended by the Imperial 1st Provisional and Corridor Fleets, with the Gram Fleet of the Sword Worlds moving to take the Imperials in the left flank. Two scout squadrons are rushing admirals toward the incipient fray along the X-boat lines in a desperate attempt to provide the overmatched Imperial fleets sufficient leadership that will permit them to withdraw deeper into Imperial space unscathed.

Zhodani shock troops are already engaged in surface combat on two important border planets, as the elite Zhodani Guards have all but wiped out a colonial infantry unit and the Zhodani 357th Armored Cav is about to engage an Imperial armored corps of Imperial.

(The surface combat doesn’t actually make any sense at all since the Zhodani are invading the Empire rather than the other way around; I just threw a few infantry counters on the map to show what they look like and demonstrate VASSAL’s incredibly useful casualty masking feature.)

In the upper center of the map can be seen a window displaying one of several combat results tables; the VASSAL engine handles dice rolls and allows for play by email, live online, or even hotseat. It has a huge advantage over the real game, as you can safely leave it set up in between sessions, which is necessary in a game of this scope and time requirements. Another benefit is the ability to cycle through casualty percentage markers that attach directly to the individual counter rather than placing separate casualty markers on top of each troop unit that has taken damage. And best of all, the designer, Marc Miller, has very graciously permitted the inclusion of the rules in the module, thus providing the player with absolutely everything required in order to play Fifth Frontier War.

This is marvelous! I haven’t played Fifth Frontier War in… uh, I can’t even REMEMBER when.

Just what I need, too. Another way to waste hours on the computer every week. Curse you, Theo! 🙂

Never played Fifth Frontier war, but it reminds me of the game _Jutland_, where players can re-enact the world’s first and only engagement between the German High Seas Fleet and the British Grand Fleet. Sound straightforward? We tried to set it up once. Then we ran out of room.

I love those old Avalon Hill games. For anyone interested, Decision Games produces similar games and also a pair of magazines, _Strategies and Tactics_ and _World at War_. Both titles have war gaming sections as well.

I note with interest that the VASSAL library still lacks a Jutland module. There’s a project for you, Light in the Black!

Unfortunately, Decision Games, the inheritors of the SPI library, are one of the four publishers who do not permit VASSAL modules for their games. Games Workshop, Avalanche Press, and Sabertooth Games are the others. But you can find modules for most Avalon Hill games there.

Thanks to RPGNow, I can buy the rules for Fifth Frontier War for $9.95 and use your VASSAL module for play. Ha, ha!

GDW designed some of the most ambitious monster games ever published. I had no idea that Fifth Frontier War was among them. Now I must own it. Maybe we can schedule a game some time.