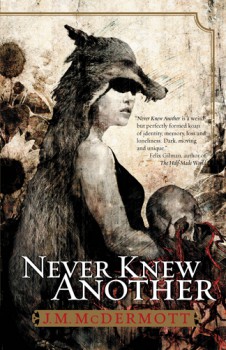 When I write fiction, the world is built that way. I like to focus on the details that are experienced. The mythic things – the Himalayas – are beyond the horizon and ergo huge or small or anything at all but part of the experience of the characters. When I was writing Never Knew Another, and her two sequels, I spent months writing just scenes, open-ended and not moving towards any destination. I put characters in a space and felt out their world. I let them talk to each other. I let them experience. Much of this is not used in the final text, but some of it remains in one fashion or another, adjusted and upended and spun around. 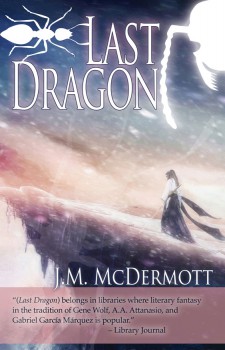 Life is a series of very small moments placed into a chain of very large moments. Memories jumble those moments into a sea where emotional triggers and blurred images drift the timelines of things into a spaghetti monster. What is remembered, then, is the experience of things, in total and all-together. The memories of the mind form a kind of globe of self, non-linear and full of bumps and valleys and cities named for the famous people of one’s life – Mother, being the capitol, perhaps. If one could hold a mind in the hand and map it out, it would be built upon the merging and dividing lines not of time or location but of experience, and to journey across that mind would be like travelling the world in eighty days. A jumble of vehicles, a mass of bodies pressing into each other or falling away, a race against the crushing torpor of solipsism, scenes without settings or with too much setting or with too much self, an adventure strung together in spaces and places that have little relation to each other beyond the line of the experiential sense of relation, one thing to another.

Is this as interesting as a carefully orchestrated plot, spinning characters and elements like the gears of a clock?

If anything I have said is of interest to you, I encourage you to investigate Never Knew Another for yourself, and see if this thought-process has a place in your world. To my mind and experience, one of the failings of the current mode of fantasy fiction is the urge to keep our stories upon the landscapes that are drawn upon imaginary maps of land, instead of also embracing the stories that are drawn upon the imaginary maps of minds.

[…] on Talking Trees and Killer Spores: The Flora of Science Fiction and Fantasy.J.M. McDermott on We Live In Small Worlds.Juliette Wade on Leading into a scene vs. including backstory.Nicola Griffith on Ebook […]