This isn’t an article about the relationship between ballads and fantasy literature. It is undeniably a fascinating subject, and I highly recommend heading here to the Endicott Studio archives and reading Terri Windling’s comprehensive essay called, “The Music of Faery.”

My favourite part is where Delia Sherman, when asked why some writers are so attracted to material from ballads, suggests that it is because they provide plots without motivations. This idea stuck with me.

The article was first published in Realms of Fantasy when I was thirteen years old. Thirteen was a big year for me. At thirteen, I read Ellen Kushner’s novel Thomas the Rhymer for the first time and fell in love with her harper and his journey to Faerie.

I also took up playing the harp myself, and the first song I learned was the ballad “Scarborough Fair.” (It would have been “Thomas Rhymer,” but I was at the mercy of The Renaissance Faire Companion, a book designed to prepare young harpists for lives as Itinerate Renaissance Faire Bards, and the ballad section leaned towards the slightly more familiar.)

I never became an Itinerate Renaissance Faire Bard, but I did go on to sing ballads with the harp in a number of bizarre places, including behind a wasp-infested rose bush, in a shopping mall fountain, and on an island in the middle of Canada’s Wonderland Amusement Park. This is all true. 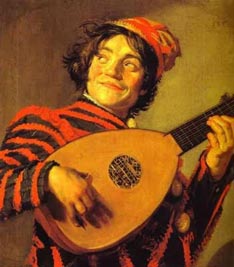 It’s also true that my mother convinced me to play the harp when my father refused to teach me to play the lute, because “lutes are badly designed twelve string guitars.” In retrospect, I’m glad he had such strong values when it came to archaic instruments, because the harp goes much better with ballads than the lute does. Though, contrary to popular belief and The Renaissance Faire Companion, Itinerate Renaissance Bards did not actually play the harp, as it was outlawed by Queen Elizabeth.

I’m no longer an Itinerate Bard of any sort, though I do occasionally sing ballads in public. The most recent occurrence of this sort took place last summer in Newfoundland. I had been sent there to attend the Storytellers of Canada Annual Conference as a part of my (awesome) day job as Artistic Director for the Ottawa Storytellers. One night, I naughtily skipped out on some official business I should have attended to go to ballad night at the Crow’s Nest. That’s where I first met Anita Best.

That night, I watched as the room filled to the walls with people. A line formed outside the door, and the audience listened to every word as Anita sang. They listened to me, too. They listened to all the ballads sung that night, following the stories and filling in the motivations based on their own experiences of love, loss, revenge, and regret.

That’s the thing about ballads. They are stories that we see ourselves in.

Anita was kind enough to answer a few questions for me about ballads and their place in Newfoundland culture.

An Interview With Anita Best 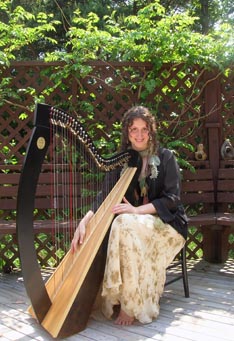 C: From what I understand, traditional ballads seem to have survived and thrived in isolated communities. Do you think that Newfoundland has proved such a prime guardian of the ballad tradition mainly because of the isolation of so many of its towns and villages, or is there another reason?

A: The isolation was a factor, but also the gestalt of the people, if you will.  People who live in close proximity like that do tend to tell stories and entertain one another.  Also until the 1960s and in some places later, communities did not have electricity, so radios, televisions and other entertainment devices were not available except on a limited basis.  People created their own entertainment and relied on each other to contribute.

C: At a workshop of yours which I attended, you mentioned that you remember listening in on a conversation as a child, where your mother and a neighbour (I think) were discussing the plight of a local woman, and comparing her situation to that of the woman in the ballad “The Cruel Mother”  who killed her own children. What do you think that comparison says about the role that ballads played in small communities?

A: The ballad was our introduction to literature, poetry, in some cases historical events.  It provided a sort of intellectual forum for thinking about, if not discussing, the important matters of life–death, betrayal, birth, loss, tragedy and the powerful emotions of rage, jealousy, envy, hate, and love.  For people in my community, most of whom did not play musical instruments, write or paint, the ballad was the primary artistic source of self-expression, along with storytelling.

C: Fantasy literature tends to favour using the fairy ballads as inspiration, with Tam Lin and Thomas the Rhymer being prime examples of ballads that have been transformed fairly directly into popular novels. Are the fairy ballads popular in Newfoundland, and do they have a different flavour than the versions that survived in the British Isles? Do these ballads have as profound a societal role as the ballads that depict more realist horrors like infanticide and murder?

A: Fairies are special folk in old Newfoundland.  People often do not use the term “fairy” but speak instead of the ‘good people”.  I would suggest you read Peter Narvaez’s collection of essays about Newfoundland fairies, because we did not regard them as many others did.  I cannot write about that because it would take too much time, but it is a fascinating area of belief.  Tam Lin is full of “realist horror”–rape and supernatural encounter–what could be more horrifying? Likewise Thomas depicts separation from one’s friends and family in a strange location.

C: Do you have a favourite ballad? What makes it your favourite?

A: I have many favourites, Tam Lin, Lord Bateman, Matthew Groves, The Cruel Mother, The Knight and the Shepherd’s daughter, etc., etc.  I think I prefer ones that have female heroes, or women who take action instead of waiting for rescue, or help, even though the consequences can be grisly.

For more information about Anita Best, visit her website.

Caitlyn Paxson is a writer and the Managing Artistic Director for the Ottawa Storytellers. Her fiction and poetry have appeared in a number of publications, including Shimmer, Goblin Fruit, Mythic Delirium, and Cabinet des Fees. She sometimes blogs at sevenravens.livejournal.com.

I did go on to sing ballads with the harp in a number of bizarre places, including behind a wasp-infested rose bush, in a shopping mall fountain, and on an island in the middle of Canada’s Wonderland Amusement Park. This is all true.

I apologise. I am a horrible person. But this was totally my favourite part.

That’s because Caitlyn is like a story we all want to see ourselves in!

I want to have been there for all those bizarre harping experiences.

Oh, well. Reading what she writes about it is the second best thing, I guess.

I wonder if I could get her to talk about Shepherdesses in Fantasy VS her own reality that summer in the sheepfold. That was such a cool blog.

And SO’S THIS ONE!