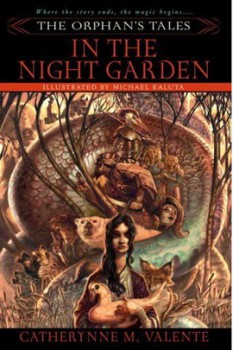 Back at around the turn of the century when I first started writing reviews for various SF/F on line publications, there was a lot of heated discussion about something called “The New Weird.”  Some of it got a little silly, but, recovering English majors tend to like to categorize things as some kind of shorthand for what you might expect from a literary work.  In the academy, that means things like gothic,  romance and  post-modernism, among other designations. In genre, riffing off the rock music punk rebellion — a reaction to pretentious art-rock and boring corporate rock (see, you can’t get away from categorizing) — came a series of “punk” movements, starting with cyberpunk and then steampunk and splatterpunk and whatever you could stick “punk” onto similar to the way political scandals have become a “gate” ever since  Watergate.

The latest such entry appears to by “mythpunk,” more about which you can read in this interview with Catherynne M. Valente, who is credited with coining the term in 2006 (which goes to show how clueless I am, as this is the first I’ve heard of it).  For further discussion, visit the Strange Horizons blog.