At Readercon 2009, I wended my way through the lobby crush until at last I came upon a clump of ladies who were more or less my friends. A few strangers, true. A few people I had adored only cyberspacially, true. However, everyone was cheerful and in the mood to be introduced.

One of the strangers was a tall, smiling, black-haired (with a bright blue streak, like a sailor’s vocabulary) lady who may or may not have been wearing at the time (if she wasn’t then, she certainly was later) a wicked cool corset. Her name was Leah Bobet, and she was the Editor-in-Chief of Ideomancer Magazine.

Upon learning my name, she grinned and said, “Oh! I think you’re in my slush pile.”

If slush could blush, this one certainly did. I mean, what do you say to that?

Or some stammering equivalent thereof.

Since then, I did make it out of the slush and into an issue of Ideomancer, and have pursued my acquaintance with the Lady Bobet through the usual social networking sites (LiveJournal chief among them) and what other writing conventions we happened to attend together. 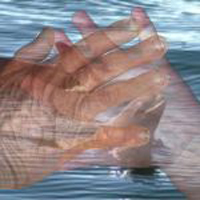 It gives me great pleasure, now, to invite Leah here to talk to us about Ideomancer and its exciting current issue.

Ladies and Gentlemen of Black Gate, I give you… Leah Bobet.

Ideomancer‘s one of the longest-running speculative fiction zines on the Internet. It’s been publishing regularly since 1999, and has gone through four publishers, been based in three countries, and had several different publication schedules. What hasn’t changed is the aesthetic: complex, literary speculative fiction from authors you might not have heard of right now, but will soon. 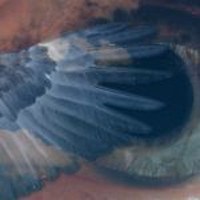 My own history as a writer is pretty tangled up with Ideomancer. My first short fiction sale, “Playing the Dozens,” ran there in 2002, and it’s been staffed for the better part of a decade by graduates of the Online Writing Workshop for Science Fiction, Fantasy, and Horror, which is where I learned which end of a paper bag I was supposed to be writing myself out of (and met a lot of my best friends in the process). I started reading slush for Ideomancer in 2004, after leaving Abyss & Apex, and got promoted the old-fashioned way: complaining a little too audibly about how certain things were done and then getting stuck with fixing them!

When the last publisher, Marsha Sisolak (who also came to the magazine after having published there!), decided she needed more time to focus on her own writing, I was passed the publishership, and it’s been a pretty wild two years. 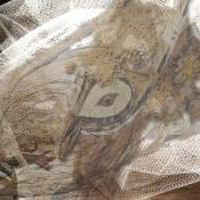 The December authors also come to us from (and informed by!) a couple of different cultural backgrounds and live on two different continents, which is something which, while it doesn’t explicitly influence what runs at Ideomancer in the way people picture when they think about quota hiring and affirmative action and the like, I’ll admit to keeping an eye out for.

The issue’s theme usually emerges by about a month before publication, when we stack up what we have available to run and start seeing how there are elements, patterns, choruses in common webbing between those pieces.

I set up the fiction table of contents and pass that to our poetry editor, Jaime Lee Moyer, who picks us out our quarter’s poetry based on the theme the fiction’s set. Our reviews editor, Claire Humphrey, gets the reviews in, and then the whole thing goes to our publisher emeritus and designer, Marsha Sisolak, who creates the original artwork for everything. Finally, our production editor, Erin Hoffman, puts it all online for proofreading and issue day. 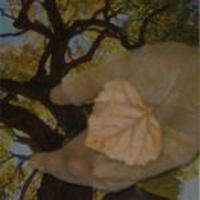 And that’s what I like most about Ideomancer: it’s a really collaborative endeavour. We have one of the larger editorial teams out there, and it’s something often remarked on, but it means we have the manpower to run things like the Atlas of Imagination, a six-month series of cool and creative things on our Livejournal community.

It means we could design our own tee-shirts, and roll out an entirely revamped website, and still get back to authors inside a few weeks and work with writers intensively on rewrites and adjustments.

It means we get to stay the kind of market we want to stay: something that’s artsy and still a little ragged-edged, but both a showcase and an incubator for excellent newer writers; the kind of magazine that publishes pro-quality fiction from really promising writers and then gets to gloat when we see them in top-level magazines or selling novels a few years later!

So yes. Ideomancer‘s unofficial motto: We got there first. 🙂 And that’s the kind of work that makes it rock to run a semi-pro webzine.

So, as we like to say at Black Gate: “Subscribe! Support! Donate! Read! Repost! SPREAD THE WORD! MwahahahahahahahahahaHA!!!”

Or, um… So maybe we haven’t ever said it quite like that before. But you get our drift, right?

“a bright blue streak, like a sailor’s vocabulary.” Ha! I think I shall count the LOL lines as I make my way through the article.

Do you have enough fingers?