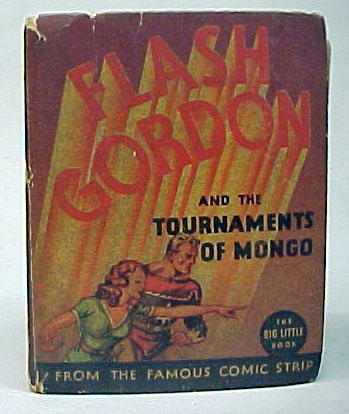 “Tournaments of Mongo” was the third installment of Alex Raymond’s FLASH GORDON Sunday comic strip serial for King Features Syndicate. Originally printed between November 25, 1934 and February 24, 1935, “Tournaments of Mongo” picked up the storyline where the second installment, “Monsters of Mongo” left off with Dr. Zarkov being knighted by Vultan for saving the Hawkmen’s sky city from crashing to the ground.

Before Vultan can host Flash and Dale’s royal wedding, Emperor Ming and his daughter, Princess Aura arrive with Ming’s air fleet demanding Flash be handed over. Of course, Aura wants Flash for herself while her father wants to see him dead. Vultan invokes the ancient rite of tournament to determine Flash’s fate and Ming heartily agrees, certain it will mean the Earthman’s doom.

The obvious change beginning with this strip is that Alex Raymond’s artwork is being granted more space than before as Raymond decreases the strip from nine equally-sized panels to a more inventively designed seven panels to better showcase his stunning artwork which was steadily growing in both complexity and sophistication.

Raymond began to move away from word balloons in each panel to more formal narrative in small print at the top or bottom of the panel, often relegated to a single corner. This allowed Raymond to concentrate on majestic paintings depicting Mongo’s people and wildlife in all their glory.

Mongo was portrayed as a neo-Classical world of centurions, barbarians and mythological creatures juxtaposed with scientific advances such as rocket ships and jet-propelled cities. Alex Raymond’s enticing combination of the familiar and the fantastic touched an imaginative chord with readers the world over that continues to resonate to this day.
As the day of the Tournament arrives, Raymond paints Mongo’s Roman-style decadence with decided satanic overtones. Princess Aura’s bearers are blue-skinned Dragon-men who resemble nothing more than medieval depictions of devils. Even more so, Emperor Ming is seated in a magnificent throne that is carved into the shape of a giant horned skull. The imagery is as shocking as it is tantalizing. One cannot imagine the reaction this must have caused in Sunday papers in 1934.

Raymond further develops Prince Barin’s devotion to the faithless and cruel Princess Aura. Naturally, Barin chooses to enter the gladiator combat in an effort to win the Princess’ hand. He does so as a masked figure in the classic swashbuckling tradition. 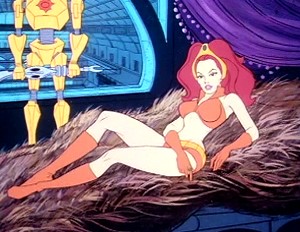 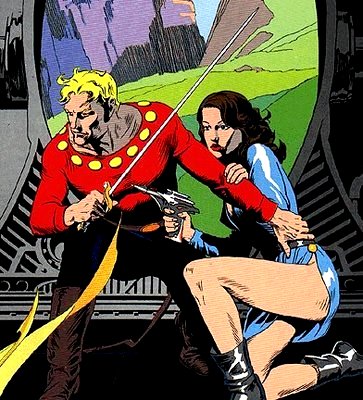 This hedonistic respite served as the prelude to the following week’s second Tournament: a jousting competition where contestants wield flaming swords. Flash vanquishes one of the demonic dragon-men and then faces down a charging Hawkman.

The jousting tournament continues until only Flash and the masked Barin survive. Before they can duel to the death, Flash collapses from loss of blood. Aura pleads with her father to let his surgeons work on Flash’s wounded leg so that he may continue the Tournament. Dale offers herself in marriage to Ming in order to spare Flash’s life and Aura prepares to plunge a dagger into Dale’s back.

Barin saves Dale’s life as Raymond further develops the Prince from Flash’s natural rival to an honorable ally that readers will want to root for almost as much as Flash himself. As the penultimate Tournament, the Dance of the Poison Daggers is prepared, Raymond moves to only three large panels to best capture the scope and drama of the story. 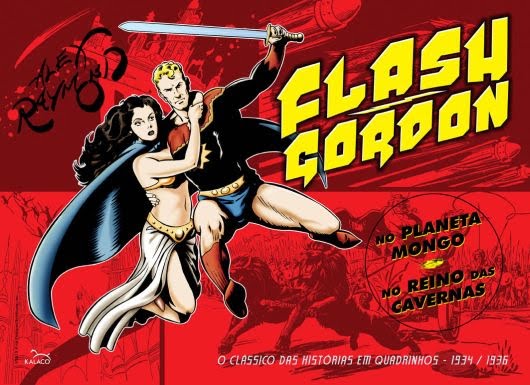 Raymond maintains the epic scope for the conclusion of the Tournament storyline as the combatants wrestle over a floor covered with poisoned spikes. Naturally only Flash and Barin survive. The prince is subsequently unmasked while he and Flash dangle for their lives over a pit of flames in the final Tournament. Ming bows to pressure from the assembled Hawkmen and Lionmen and agrees to name both Flash and Barin royal kings of Mongo as both men are the only survivors of the bloodthirsty Tournament.

Ming promises Barin his daughter’s hand in marriage and grants Flash both Dale and the uncharted Cave Kingdom to rule. Naturally, the emperor fully expects Flash and Dale to perish in the savage kingdom, but the storyline ends jubilantly with Flash and Dale reunited and setting off to explore the cave world they will soon call their home. The epic Tournament storyline winds down with the promise of further thrills to come in the next installment.