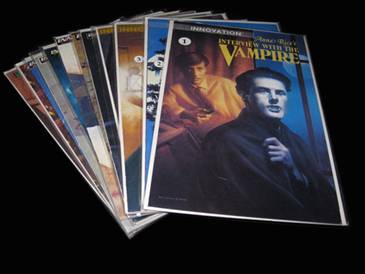 Has anyone ever asked what you would grab out of your house if it was on fire and you could only make one trip? Or maybe the question was, if you knew you were going to be stranded on a deserted island, what would you take with you?

If it comes up in conversation and it’s focused on food, that one’s easy.

However, when it comes to actual items, the answer becomes a bit more complicated and largely depends on who is asking. If it comes up at a family gathering, I usually can say “my photo albums” with a straight face. But as I’m among friends here, allow me to lay out the real list (in no particular order):

Having read this list it should come as no surprise at all that I’m counting the days to the Chicago Comic Con this weekend. Yes, this is the Chicago version of the biggie in California, but the line up is still good. 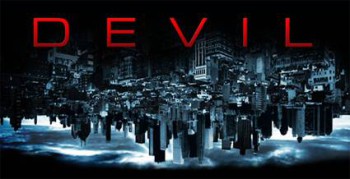 We’ll see if my Black Gate press credentials get me anywhere in the vicinity of Jake Lloyd (the little kid who played Anakin Skywalker and who fits perfectly into my particular idiom), or the Captain himself, Bill Shatner.

I’m also working hard to schmooze my way into an interview with Brothers Drew and John Erick Dowdle, directors of the upcoming horror flick Devil.

Written by M. Night Shyamalan, it’s the story is about a group of people trapped in an elevator who realize that the devil is among them.

Wish me luck on that one; the movie looks pretty hard core.

If you’re drooling over the prospects but live elsewhere, fear not. Wizard World puts on similar shows in a whole lot of other cities.

Yes, every once in awhile I have to let my inner geek out for a little air, so this weekend is it.

Maybe I’ll see you there. I’ll be the one drooling all over Shatner.

Though I have to say last weekend wasn’t bad either. Huge thanks to Ed Douglas and all the actors from The Dead Matter who know how to throw one heck of a premier party.

If you haven’t seen it yet, it’s now available on Netflix so if you’re a fan of Midnight Syndicate, show some love and put it in your queue.

More to come on Comic Con next week. And if you are attending or have attended one in the past, or if you’d like to tell us about your Pez dispenser collection, post a comment or drop a note to Sue@blackgate.com.

Oh, and let me know if it’s OK to post it on the Black Gate “comments” section. Some of your notes are too good not to share.

a geek is more or less a freaky, isn’t it? is the word we use in Spain, for people like you or me, some ultrafreakies collect pez dispensers just like you… in Almeria comics-cons, are very poor, people don’t go to it, but in Granada, next to Almeria and a greater city is very different, I went last march the first time and it was great, people in disguise, customs, performances, a lot of blonde girls in the guise of Alice in wonderland, a very sexy Elektra assasin… and very expensive comics from the 70’s and 80’s…
very interesting the question about the fire or the desert islands… some publishers, writers and artists were discussing about what complete colection of comics take to a desert island and the answer was more or less common… old Creepy, the Warren’s collection of horror stories… I’m between Creepy or The savage sword of Conan…