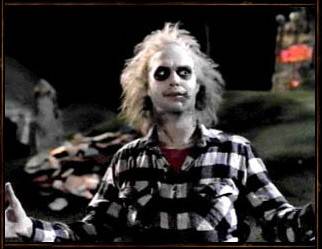 I freely cop to having the sort of geeky sense of humor that is immediately triggered by someone coming up with the perfect movie quote for any given situation. For that matter, the level of hilarity is proportionately magnified by the obscurity of the quote, how quickly I was able to identify it, and any subtle, “insider” references the quote might invoke.

Recently at my day job (no, I’m not doing this whole Goth Chick thing from my own Eastern European castle…yet) as my team faced a particularly nasty and potentially explosive dilemma, the guy to my left leaned over and whispered, “We’re going to need a bigger boat.” At which point I disrupted the whole proceeding with one of those incontrollable fits of laughter I told you about earlier.

Though I’d be extremely skeptical to learn you’re a fan of Black Gate and haven’t done this sort of thing yourself, or for that matter, don’t know precisely where that quote originated, I’ll give you this one just for conversation sake; it’s the famous line uttered by Chief Brody when the enormous shark from Jaws rears up along side his small fishing boat and gives him the eyeball.

It is one of the most used favorites from my own repertoire and, though it doesn’t score impressively high on the obscurity scale, it never fails to get a reaction.

OK, you get the idea. So for the rest of these, you’re on your own for the context. However, I will recommend that if any of the movies quoted here are unfamiliar, the next thing you should do is get them on your movie watching schedule. They’re quotable for a reason, even if that reason is extreme cheesiness.

(Meaning there’s a whole other list filthy with obscenities) 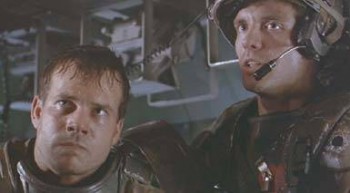 9. From Aliens
Hudson: “Is this gonna be a standup fight, sir, or another bughunt?” 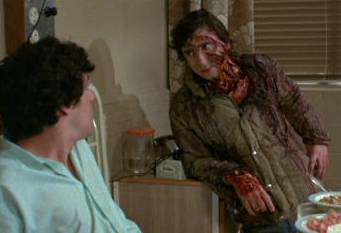 8. From An American Werewolf in London
Jack: “Have you tried talking to a corpse? It’s boring.”

6. From Beetlejuice
Betelgeuse: “I’ve seen The Exorcist about a hundred and sixty-seven times, and it keeps getting funnier, every single time I see it!” 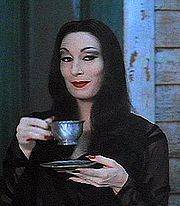 5. From The Addams Family
Morticia: “Don’t torture yourself, Gomez. That’s my job.”

4. From Night of the Living Dead
Helen Cooper: “We may not enjoy living together, but dying together isn’t going to solve anything.” 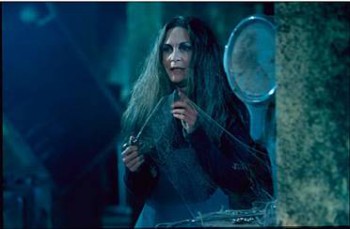 3. From The Frighteners
Patricia Ann Bradley: “I’m in the mood for a little vivisection.”

2. From Jurassic Park
Dr. Ian Malcolm: “God help us; we’re in the hands of engineers.”

And my personal number one best movie line that scores highest on all scales is:

1. From The Shining
Jack Torrance: [typed] All work and no play makes Jack a dull boy.

I know you’ve done this yourself so don’t be shy. What’s your favorite quotable movie line?

[…] at the Black Gate, something fun: what’s your favorite quote from a movie? I think my favorite is still Blade Runner: […]

Best. Blog post. Ever. It’s a rare day of mine that doesn’t have a few movie quotes.

“If only you could see what I’ve seen with your eyes!”

I was remiss to not quote Blade Runner as I learned from about a half dozen people via text message.

Honestly, we could probably keep this going for pages 🙂

Interesting post… just yesterday, I was talking to my younger brother, and we were discussing our other brother (a Lt. Col. in the Air Force) who is currently at Ft Polk receiving training in preparation for deployment to Afghanistan as an advisor to an ANA unit. I said “yeah, he is receiving army training” and my brother said “What kind of training, soldier?” And we both busted out “ARRRRRMMMMYYYYY Training, sir” from the movie Stripes. I laughed until my sides hurt.

“If someone asks if you’re a god, you say YES!” — Ghostbusters

“Honey, you shovel better than anybody I’ve ever seen…but that don’t make you a superhero.” — Mystery Men

“You do that, you’d best make peace with your dear and fluffy lord…” — Serenity

Black Gate » Blog Archive » Goth Chick News: Do You Like Fish? Well He Likes You Too…

[…] in March I wrote about quotable movie lines and at least in my circles, Chief Brody’s ironic statement to […]