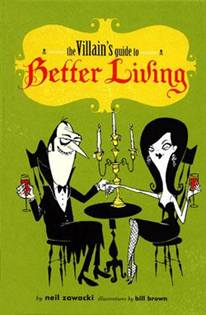 I’m sure you’d never guess this, but my taste is a little left of center.

I have a full suit of armor I dubbed “Prince Vlad” which looms large over my comfy reading chair.  For my last birthday, my amazingly normal friends Mr. and Mrs. Disney presented me with a picture of Tippi Hedren from Alfred Hitchcock’s The Birds, which was autographed by Tippi herself. I was nearly brought to tears I was so touched.  I have a full-on voodoo shelf with authentic trinkets from Africa and the Caribbean, which Madam Laveaux herself would envy.

I think I should mention here that the Catholic cleaning lady will not go near my office.

As it would naturally follow, my sense of humor is a tad off too; as in I got a nearly fatal fit of giggles during a relative’s funeral.  Though I admit this was entirely improper and uncalled for, I take heart in the idea that the deceased would probably have found the cause as hilarious as I did.

My parents continue to pull me aside and give me “the talk” about not embarrassing them before important family events, something Mr. Goth Chick finds especially amusing, but I think you see my point.

It is because of these unfortunate traits that I find myself drawn to the strange and unusual gems of the literary macabre; often those items tucked into back shelves at the book store or better yet, at the flea market.

In my defense, the written material which occupies the place closest to my blackish, goth chick heart wasn’t written for me specifically and did find its way to a publisher and into the general marketplace.

Therefore, I conclude I must share this morbid sense of humor with others, closeted though you may be.

Which is why it my pleasure this week to share some my favorites with you.  Their titles speak to their literal subject matters so I’ve just included a couple of succulent tidbits from each.  Ironically, most of this advice would be just as easily at home in the latest “How to Succeed in Business” publication, but there you go. 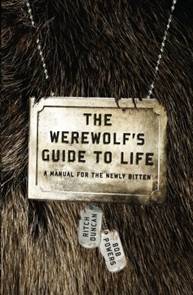 The Werewolf’s Guide to Life: A Manual for the Newly Bitten

In the chapter entitled, “Say Hello to the Brand New You,” the reader is given some test cases to determine if he or she is a werewolf.

“When a werewolf is killed in his wild state, he changes back to his dormant form and, if discovered, is found in the nude, since his clothing is usually torn off during his transformation. (See Chapter 3, “The Stages of Lycanthropy”)

In many cases, the only reason a victim survives the ordeal of a werewolf attack in the first place is that the beast was killed before finishing the job, leaving behind a nude corpse.  If a nude corpse was found at the site of your attack, it is almost certain that you were attacked by a werewolf.”

Either that, or you just left one of my Halloween parties, so do me a favor and poke the “corpse” with a stick to be sure. 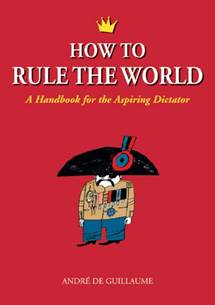 How to Rule the World: A Handbook for the Aspiring Dictator

Chapter one helps you determine if you have the personality of a leader and asks you to take a quiz.  Some of the questions are:

• You do your best to complete a task on time, even if you have to kill a few people to get it done. YES / NO
• You’re most at ease in a crowd that is chanting your name. YES / NO
• You find it difficult to suppress a smirk when talking about your feelings. YES / NO

If, by chance, you answer “yes” to everything in this quiz, and I’m not saying I did, you’ll really like:

This book made me laugh out loud (and no, I wasn’t at a funeral, but thanks for asking).  Disturbingly, a lawyer I used to work with came to my office each morning to read a few pages and get his “daily inspiration.”

“Most evil-doers lead a less than satisfactory existence, and chances are you’re one of these.  But you don’t have to be.  That’s right – it is possible to wake up in your coffin each night and not want to destroy yourself.  You can regain that gleefully evil feeling you had so long ago and thought you’d never find again.

Imagine the possibilities.  You’ll have more energy to tie maidens to railroad tracks.  Your dastardly scheme to crash the moon into the earth will actually succeed.  Your castle will be a lair for self-indulgence, and your life will be filled with minions begging to perform your every misdeed.  You will be so up and so motivated that you’ll want to enslave humanity again – and you’ll have the strength to do it.”

Oh to have minions begging to perform my every misdeed…sigh. 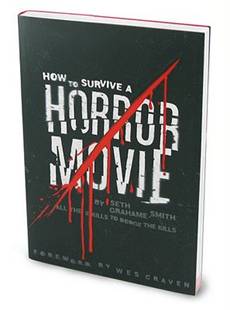 How to Survive a Horror Movie: All the Skills to Dodge the Kills

It gets you right from the beginning where the guide helps you to determine if you’re in a horror movie right now.

“Sometimes the signs are unmistakable.  For instance, if you’re a teenaged babysitter caring for a mute toddler in a remote Maine cabin during a once-in-a-century blizzard while an escaped killer (bearing a strange resemblance to the handicapped boy you and your friends bullied off an embankment and left for dead all those years ago) roams the woods, you’re probably in a horror movie.

But unless you’ve landed in the sloppiest of direct-to-video hack jobs, the clichés are going to be more subtle, your screenwriter more inventive, and your survival less likely.”

So for all of you who have gotten “the look” or “the talk” from your own parents or friends, intended to coax you into being “more normal,” I along with the authors of these books, salute you!  We all have a twisted wit in common and you’ve found the perfect place to feed it.

PS: Potential minions can reach me care of BlackGate.com.

[…] those of you who don’t know, Seth Grahame-Smith the comic genius behind How to Survive a Horror Movie, teamed up with Jane Austin (post mortem) to add a few flesh-eating undead to Austin’s classic […]

[…] than telling you it’s one of my all-time favorites and that I have a personalized, promotional photo of Tippy Hedren hanging in my office, I haven’t much to […]