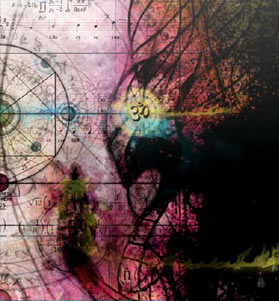 For this edition of my irregular review of the latest (more or less) short fiction, I thought I’d try something a little different.  Usually I try to focus on the stories that worked the most for me, with maybe some attention on those that didn’t and why; at the same time, I also try to convey a flavor of everything else, if only just to alert you that an author is in the publication without, for any number of reasons, wanting to get into discussing the story to any great length.  Note the use of the word “try.” One of the challenges here is to provide some substantive, possibly even useful, discussion to an audience that I’m assuming hasn’t already read the material. As noted elsewhere here in the Black Gate blog, that’s a distinction between literary criticism, which assumes knowledge of the work and doesn’t worry about spoilers, and a review, which is still critical (not just in the sense of pointing out flaws), but, out of necessity, less fully detailed.

The job as I see it  is to do justice to  two or three stories of note for how good — or bad — they are, while at least acknowledging the existence of other contributions in a publication that might contain works from five, ten or even more writers. Consequently, the “hit and miss” approach is unavoidable.  Frequently, I  feel that in trying to do justice to the entire publication, I short sheet individual content. So, this time around, I’m going to focus on just one story, “Unbound” by Brittany Reid Warren, which leads off issue four (really the fifth, since the inaugural issue was #0) of the twice yearly GUD (aka Greatest Uncommon Denominator), as exemplifying the pub’s literary new wave fabulist, paraspheric, interstitial, elves-need-not-apply ethos.

“The sky pressed down from above, a heavy blue palm like the hand of God”  is how the story opens. This is intriguing imagery, but it is more than just  cool wording.  It immediately connotes several things: impending doom, possibly by rainfall (the sky is pressing down; though a blue palm would indicate a cloudless sky, but blue is also the color associated with the ocean), perhaps by natural disaster, but implying omniscient intent.

This is somewhat akin to Samuel Delany’s famous observation that the sentence, “The door dilated,” is an immediate cue that we’re not reading a conventional story.  There need be no explanation of how exactly the door dilates; the fact that it dilates cues that we’re in a science fictional realm.  (Of course, once upon a time,a character calling someone on their personal flip phone  would also indicate the same thing; I guess it won’t be long before the same becomes true of dilating doors.)

Now, Warren’s opening line could just be a metaphor about some kind of naturalistic oppressive situation, not a clue that we’re in a fantastic realm.  Here’s the rest of the opening paragraph:

The sun was still there, its light weak and timorous, but it was in ﬂight.  It ﬂed across the fabric of the sky; I watched it go.  The shadows pooled and formed and chased each other across our lawn like in a time-lapse photograph.  No one noticed except for me, and I kept silent.

Okay, we could still be in metaphor-land, the last sentence perhaps indicating some kind of paranoia or other mental disturbance.  Then comes the kicker in the next sentence:

The day the world ended, my parents were arguing.

Did that get your attention? It sure got mine.

This is a great example of something sometimes overlooked by reviewers engaged in  the usual mundane recounting of plot and whether the story seemed to work or was interesting or relevant to something: the art of constructing a neat convincing fabulation.

By “convincing,” I don’t mean believable. I mean a fabulation that quickly and efficiently establishes certain fantastical precepts that establish a framework for the story’s “reality.” And by “neat,” I mean it develops according to those precepts without need of backstory, i.e., the “worldbuilding” is implied, rather than laid out (no maps required). If the story started out with, say, a young boy who didn’t know his parents being introduced to a mysterious elderly gent with a staff and a wise look, well, we immediately know the context, the same way we might be familiar with the sentence, “John returned to his cubicle,” as something going on in a familiar workplace setting.

Other than the fact that we’re in some sort of apocalyptic situation, this story isn’t likely to be immediately familiar, at least for those of us who don’t live in Sweden or aren’t students of Norse mythology.  Though, there is something familiar about it.  Part of the  artistry, however, of the world ending the day parents are arguing (and how do you distinguish one day of parents arguing from another?)  is the way it contrasts the profound with the mundane, in a way many of us felt when we explain what kind of routine thing we were doing when we first heard a plane had hit the Twin Towers.

Even while we can easily identify with this kind of situation, this is also one of those stories like an English assignment; there’s work to do to figure out exactly what the author is talking about. Which is half the fun. At first, I wondered how the sky would actually press down, either as a physical presence or an apocalyptic event, but a little googling of character names tells you that the apocalypse in question is from Norse mythology, Ragnarök, the final destiny of the gods that results in the world’s submersion in water. Aha! Now the “blue palm’ pressing down makes more sense.

The setting of the story, the argument the parents are having on the brink of impending obliteration, depicts another state of willful obliviousness we all practice to one extent or another and is a further example of the art of story construction.  A mother throws a lavish party for her son, seemingly unaware that her son doesn’t have any friends to invite, which the father is berating her for refusing to acknowledge. Yet the mother is more aware of the oncoming Norse cataclysm, so how is it she can see the future in the palm, but can’t figure out her kid is an unloved nerd? Perhaps the point is that we’re all flawed, and inept, at protecting those we love.

The parents and their fat kid are soon sidestepped to focus on the daughter’s realization of her destiny, that of Lífthrasir, the female of a human couple fated to survive the disaster for the purpose of repopulating the world (see Adam and Eve). The supernatural events that obliterate suburbia (and the everyday routine of inadequate, if well-intentioned, human affairs), is the journey we all take (particularly those of who actually had the misfortune to live in suburbia) to reach the state where, as Thomas Wolfe famously described it, “you can’t go home again.”

“What’s been cast down may rise again.  Children rise from the ashes of their parents like phoenixes, and who knows what may be created when their hands are set upon the wheel.”

Which, of course, describes the thrill of leaving childhood behind for adulthood.  Of course, at the same time as children become adults and assume the social and procreative roles of their aging parents, they usurp those who have come before and who now face their own personal apocalypse. For every action, there must be a reaction. Or, as Ecclesiastes put it, to every thing there is a season.
The coming-of-age tale, of course, is nothing new under the sun to the subject of literature. But Warren’s fantastical retelling, much like that of her protagonist, resurrects it with a freshly original perspective.